Slyly cynical yet unwavering beautiful, Yorgos Lanthimos' English-language debut is a stroke of social commentary brilliance.
Sarah Ward
[This is archived content and may not display in the originally intended format.] 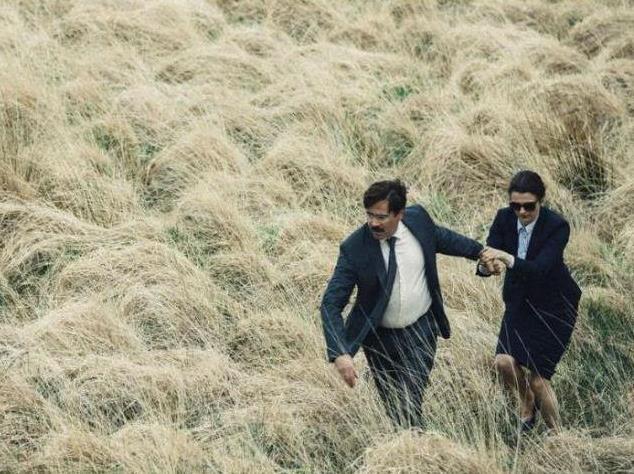 With calculating cynicism, filmmaker Yorgos Lanthimos imagines a world in which coupling isn’t just the preferred social unit, but where those who dare to go solo or seek solitude — even on account of the death of their spouse, or being left by their partner for another — must remedy their predicament or suffer the punishment for their singledom. With unwavering beauty, the writer/director and his regular co-scribe Efthymis Filippou ponder the nature of connection and compatibility as usually forged through commonality, and demonstrate the lengths in-love souls will go to to see their union flourish. Combining both views into the same cinematic package — aka The Lobster — is Lanthimos’ stroke of brilliance. Even with evident awareness of the issues society’s focus upon monogamous matrimony can bring at its most extreme, he posits that something genuine and moving can break through the convention and commodification that dominates perceptions of romantic security.

David (Colin Farrell, TV’s True Detective) is the feature’s point of interest, its title taken from the animal he’s opted to be turned into should he not enter into a relationship in the time allotted. Such a conversion looms as a very real possibility for the newcomer to a hotel designed to give the lonely and alone their last shot at pairing up, but only if they can do so within 45 days. At this singles camp, he befriends the similarly lovelorn — including men defined by their limp (Ben Whishaw, Paddington) and lisp (John C. Reilly, Guardians of the Galaxy) — and attempts to make a match with an icy inhabitant (Angeliki Papoulia, Alps), as he tries to avoid spending the rest of his life as an animal. His only other option to escape his fate is to join the contingent of loners hiding in the woods, such as the group’s leader (Léa Seydoux, Saint Laurent) and a short-sighted woman (Rachel Weisz, Oz the Great and Powerful), in a form of both endurance and protest.

The basis of Lanthimos’ work in exaggeration is well established in his preceding efforts, with both Dogtooth and Alps presenting scenarios springing from mirroring, heightening and extending recognisable norms and traits beyond currently accepted bounds. Making his English-language debut, the filmmaker may once more wrangle a sly, wry statement out of expanding upon humanity’s innate tendencies; however there’s nary an ounce of formula to be seen in an effort that fits the dystopian and science fiction bills only by virtue of its focus on transformation. The concepts of love and loneliness — and their codification and demonisation in favour of superficial, tenuous conformity, respectively — at the movie’s core are never fanciful, whether rendered satirically, tenderly or with abundant hilarity.

Farrell, with resignation turning to determination in his eyes and slumped shoulders squaring up as his resolve hardens, proves the ideal guide through this surreal yet relatable environment. His David shines quietly yet intricately with the potential for subversion beneath his gloomy façade; while the majority of his fellow singletons are desperate to fit in and progress towards matrimony and procreation based on the scantest of reasons, he’s searching for true contentment in his life and companionship. Whether navigating courtship routines made a merry mockery of, or showing his softer side towards the dog that once was his brother, he’s the deadpan film’s manifestation of heart and hope. His work sits alongside stellar but smaller turns from his co-stars, each with the full spectrum of their native accents refreshingly intact, including Olivia Colman (Broadchurch), Jessica Barden (Far From the Madding Crowd), Ashley Jensen (Catastrophe), Michael Smiley (Black Sea) and Ariane Labed (The Forbidden Room).

Such an organic mix of voices may seem out of step with a film that’s otherwise mannered and meticulous in every detail — including the stylised dialogue the actors utter — though Lanthimos clearly revels in the splashes of rebelliousness that cause ripples in uniform systems of existence. As is his custom, with cinematographer Thimios Bakatakis (Blind) he offers a bleak palette of detached yet immersive visuals made to match, essaying the Irish countryside setting, the hotel confines and the array of characters with a precise and tightly framed but lingering eye. It’s these sparks of chaos and deviation amidst rampant control that echo throughout the feature, including in a soundtrack that sometimes punctuates the film’s absurd comedy, while also turning Nick Cave and Kylie Minogue’s ballad Where the Wild Roses Grow into an even more haunting refrain than audiences already know. As a result, as it finds authenticity in the manufactured industry that is modern-day affairs of the heart, The Lobster could only be equally constrained and kinetic, regimented and rebellious, and scathing and sweet all at once — smartly, amusingly, astutely so.