A View From the Bridge

The Young Vic's version of Arthur Miller's Greek tragedy is a raw and visceral theatrical experience.
Liza Dezfouli
[This is archived content and may not display in the originally intended format.] 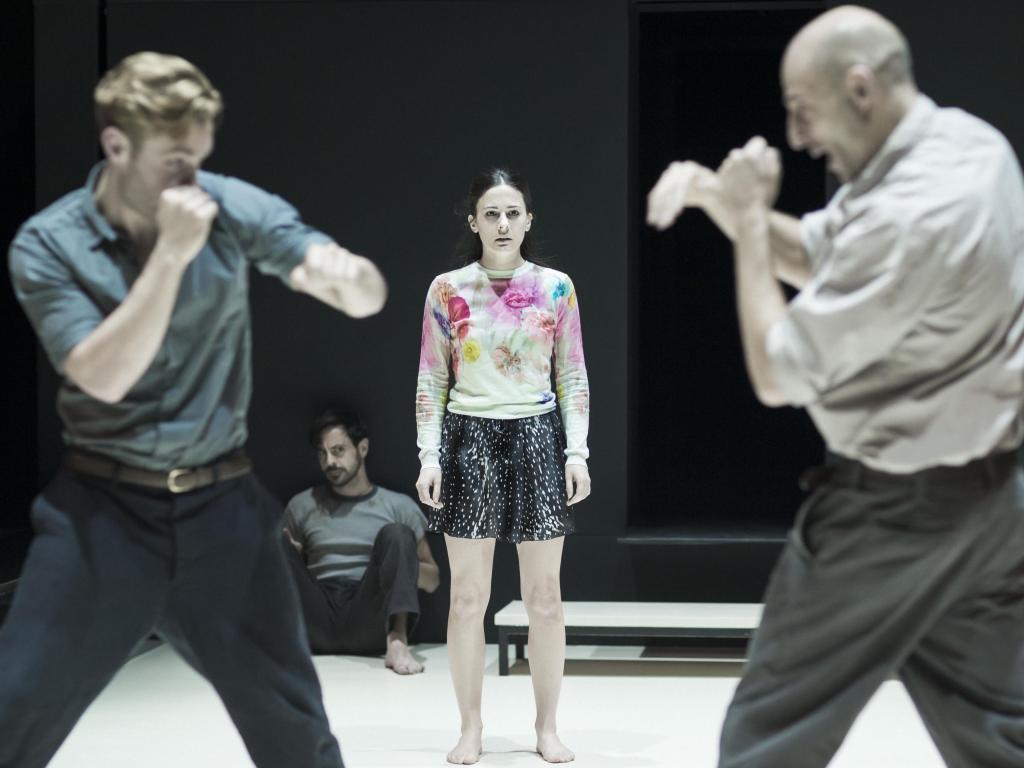 National Theatre Live and The Young Vic bring us a co-production of A View From the Bridge, Arthur Miller’s ‘Greek tragedy’ about hyper-masculinity and an obsessive doomed love. A View From the Bridge is captained by Dutch director Ivo Van Hove, brought over to London from Amsterdam’s Toneelgroep especially to direct this production.

Van Hove takes a simple approach to staging – the story is told through the actors’ bodies, the only props being one chair and one pair of shoes. This bare bones style makes for an intense, raw experience of dread and inevitability, deeply affecting and very powerful. Mark Strong is phenomenal, compelling and tragic, bringing a huge presence to his Eddie Carbone, an Italian migrant who works as a longshore man on the docks in New York City. Eddie has raised his orphaned niece, Catherine (Phoebe Fox, convincingly girlish) from babyhood. She’s now 17. The two adore each other, something which grates on Eddie’s common-law-wife, Beatrice (TV veteran Nicola Walker), who wants Catherine out of the house. What Beatrice can see, what the audience can see, but what Eddie can’t, is that his over-protective and possessive love for Catherine has developed into something obsessive, fixated and sexual.

The play opens with the news that two members of Beatrice’s extended family, illegal migrants from Italy, are coming to stay. The inciting incident here is the arrival of Marco (Emun Elliott) and Rodolpho (Luke Norris), which brings about Catherine’s wanting to move into adulthood; she needs to break away from Eddie but she’s confused and held back by her attachment to him. To begin with, Rodolpho offers her some light-hearted and sophisticated company on trips into the city. Then the two fall in love. Rodolpho’s existence is precarious as there is always the fear that someone will report him to the immigration authorities. Eddie is increasingly jealous and resentful of Rodolpho’s exuberant personality, and tries to convince Catherine that Rodolpho only wants to marry her so he can become a US citizen.

The language in A View from the Bridge has a musical, almost operatic quality; the lines are like lyrics. Van Hove gives his actors the full reach of each utterance, you feel the weight of everything they say, their words fall into the space and echo. The sense of presence of each performer on stage is acute, so the effect of the narration by lawyer Alfieri (Micheal Gould), who stands in as a kind of chorus, is a relief, he balances the momentum of the rest of the drama. Muted segments from the Kyrie from Faure’s Requiem underscore the business on stage, aloing with the ominous regular beat of a tom-tom drum, like a slow pulse, helping to create  tension as the storyline builds to a crescendo.

You know it’s not going to end well, but right up to the closing tableau you’re hoping for a way out for Eddie. The last scene is an unforgettable image, visually linking back to the opening of the play.

A View From the Bridge
by Arthur Miller

National Theatre Live at the Young Vic
Distributed by Sharmill Films
For a list of participating cinemas click here
From 9 May, 2015