This production, by the two performers directing themselves, is a masterly take on Christopher Durang’s original social satire.
Liza Dezfouli
[This is archived content and may not display in the originally intended format.] 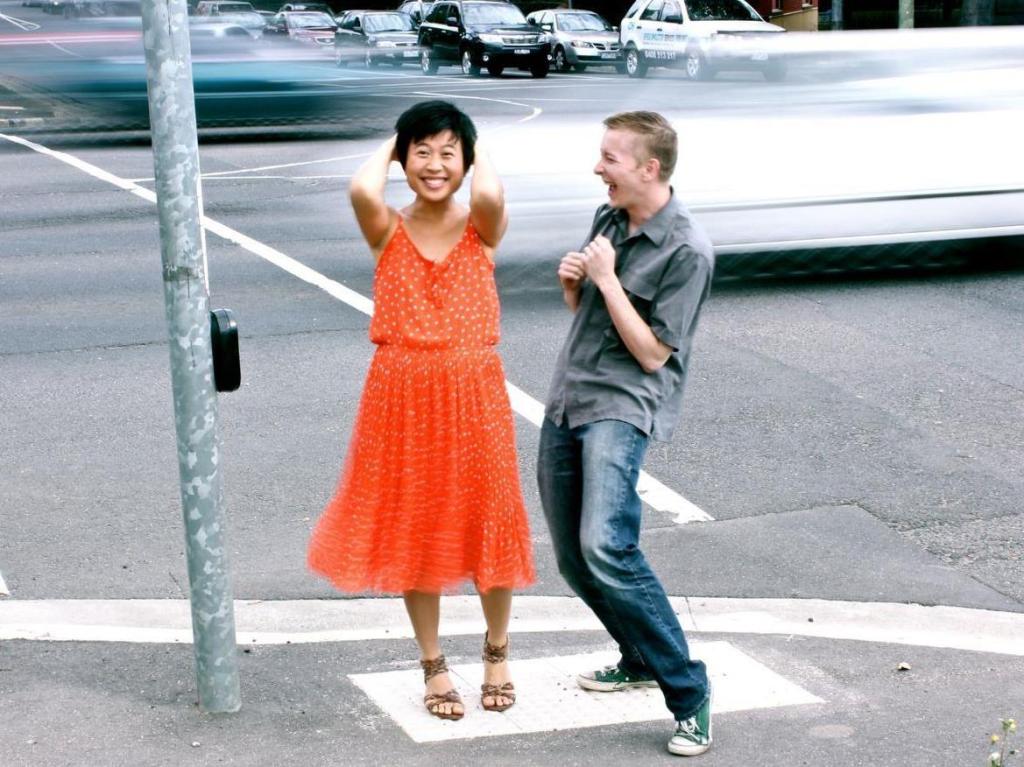 Rani Pramesti and Daniel Last present this take on Christopher Durang’s social satire Laughing Wild, a play which examines life’s absurdities through two overlapping stories with the characters of The Man and The Woman.

The setting is New York, where The Man and The Woman both struggle to make sense of society and be part of a world where everyone else seems to know the rules. We’re far enough away from the 80s for the play to move from being dated, referencing as it does AIDS, the politics of the time, religious bigotry and the insanity of city life, among other things; we now experience Laughing Wild as a period piece, a snapshot of a particular time, the beginnings, you could say, of the worst of mainstream celebrity culture, where social and political issues are reduced to sensational comestibles. The first of the confessional-style celebrity talk shows emerge at this time, the Sally Jessy Raphael show for example, which features in the script, along with the self-help industry and its accompanying narcissism. Durang lampoons the latter in The Man character’s journey, including his taking part in a ‘harmonic convergence’ in Central Park.

The play is in three sections, two monologues and a surreal third part which sees Man and Woman suffer from increasing mental disarray; they start to appear in and influence the course of each other’s dreams. The Catholic icon, the Infant of Prague, makes a bizarre and amusing appearance to continue the discussion on religion and oppression. There is eventually a kind of resolution or understanding between The Man and The Woman, but this third part of the play is less satisfying and coherent than the two monologues; it’s as though the play doesn’t quite know what to do with itself to wind up, something which is nonetheless germane to its themes and is actually appropriate. There is no answer to the weirdness of modern life and really, all you can do is breathe. The poisoned tuna fish detail now seems sadly prescient.

This production, by the two performers directing themselves, is a masterly take on Laughing Wild, described by Variety magazine as a ‘nervous breakdown of a play’(its title is from an expression in Samuel Beckett’s Happy Days), and the monologues are heartily delivered. Pramesti overcame her initial first night nerves to strongly inhabit her demented character, and Last gives us a beautifully bewildered Man working hard on his ‘positive spin’ (to steal a phrase from the Aussie film, Animal Kingdom).

Something in the energy of performance drains away by the end, but this is more to do with the tension of things happening on stage at the same time as they’re being related in the past tense by the characters, rather than any fault with the acting. It’s not a perfect script, but Laughing Wild is still funny and well worth seeing.