Aspiring performers will have an opportunity to study at London’s coveted Royal Central School of Speech and Drama when auditions and interviews are held in Sydney next month.
Sabine Brix 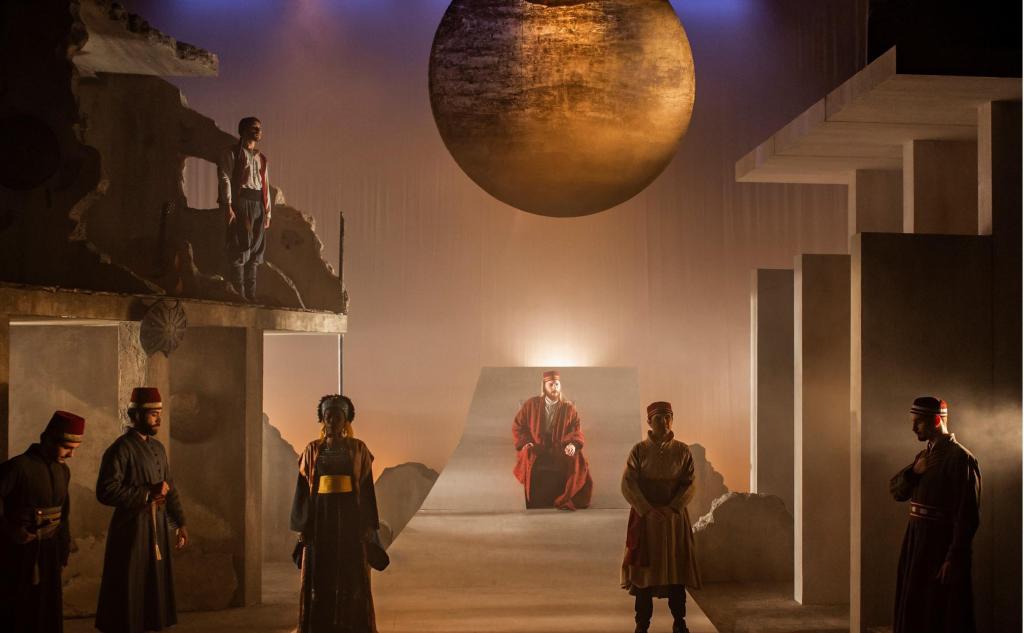 Boasting graduates such as Judi Dench, Rupert Everett and Catherine Tate, the Royal Central School of Speech and Drama (Central) in London has a reputation as one of the best schools for performance in the world.

Next month there’s a unique opportunity to apply for this respected institution when auditions and interviews are conducted in Sydney over a two-day period.

For those that are interested in a performance career overseas, Central has both undergraduate and postgraduate courses on offer including the BA (Hons) Contemporary Performance Practice degree (CPP), BA (Hons) Acting and BA (Hons) Theatre Practice.

Located in central London, students will be amongst one of the most vibrant theatre communities in the world for a period of up to three years, depending on which course they choose.

‘Central is embedded in the theatre and performance-making industries, which means that students are close to the industry, often being taught by professionals who are making work – this makes for a rich environment that nourishes performance makers of whatever stripe,’ said Stephen Farrier, Head of the BA (Hons) Contemporary Performance Practice degree (CPP) at the Royal Central School of Speech and Drama.

With high contact hours, Central’s programmes are designed for students to really hone their practice and connect with peers.

‘Crucially, students are networked with industry – through placements and being taught by industry professionals – and have a sense of who is who as well as where funding sources might be and how to access them,’ Farrier said.

‘Many of the graduates from the CPP programme are running the community arms of many of the country’s important theatres and have developed careers as writers,’ Farrier said. ‘Graduates from the Performance Arts course have gone on to gain commissions and work as producers in major theatre and performance festivals.’

As an academic and theatre-maker who has a deep fascination with the theatrical representation and performance of identity (especially gender and sexuality), Farrier said now is an opportune time for those who want to make a change in the world, to study performance.

‘In these ever-challenging social and political times, theatre and performance are as important as ever – as community cohesion, a place of experimenting with what could be and as a site of protest,’ he said.

Farrier sees theatre as a way to support minority communities who are often hardest hit and demonised.

‘Theatre-making can serve to represent these communities in their complexity to those who are in positions of power. It can also reflect the community back to itself in a celebratory and critical way – it can speak for itself to itself.’

Central’s rigorous training and an environment that encourages experimentation will suit potential students who value independence along with determination.

‘Students who get the most out of the school are those who want to be here – that is, they are committed to their studies, are self-starters and motivated,’ Farrier said. ‘Certainly on the CPP programme, we look for this commitment, but also an intellectual and creative curiosity, so we are suited for students who want to know what theatre and performance can do and how it can do it. ‘

The BA (Hons) Contemporary Performance Practice programme is made up of three different courses, with two of these (Drama, Applied Theatre and Education and Writing for Performance) benefitting exclusive funding from the Leverhulme

Trust which provides opportunities for students to participate in a unique range of outreach opportunities, undertaking national and international placement project opportunities that are vital elements of their course curricula.

Central will be conducting auditions and interviews in Sydney for entry to its undergraduate and postgraduate programmes* in 2020 on December 10-11, 2019.