How to deliver a festival during a crisis

Determination, resilience and a lot of planning is what’s required to stage a live arts festival during a pandemic. Find out how Brisbane Festival’s AD, Louise Bezzina, has pulled it off.
Sabine Brix 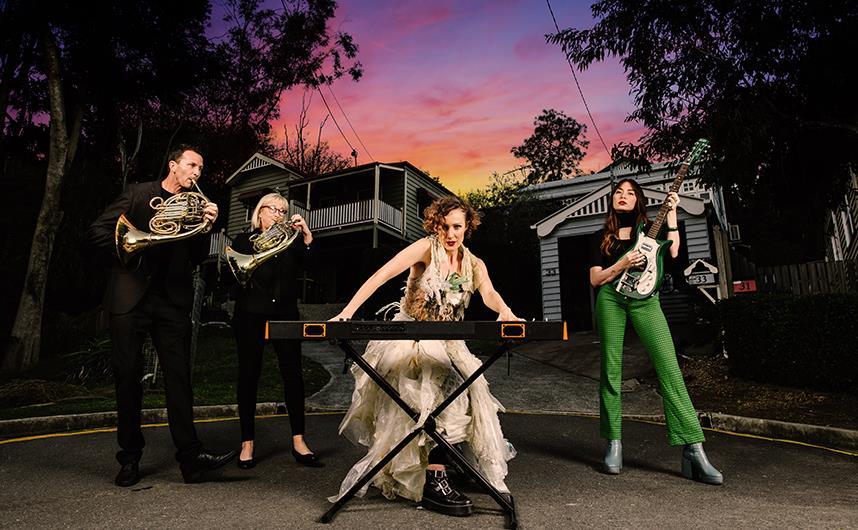 Street Serenades will take music into all of Brisbane’s suburbs. Image supplied.

When Louise Bezzina first realised the extent of the damage COVID was causing, and what it would potentially mean for this year’s Brisbane Festival, she went into survival mode, running on pure adrenaline.

As fate would have it, she was prepared. As the creator and former Artistic Director of Bleach Festival, she was equipped in planning events in unusual locations. She used this to her advantage to plan this year’s Brisbane Festival, which includes 91 events – 73 of which are free – and are held across 190 suburbs, with 490 performances employing 700 local artists.

One of these events is Throttle, which is similar to a drive-in film, but instead of watching a motion picture, punters will watch a live performance take place from within the comfort of their car. Somewhat serendipitous, Bezzina had previously included this as part of Bleach Festival but it seems especially fitting to include it now.

With events like Socially Distanced Dance Club, Aerobatics Display, and Sunsuper Night Sky, you start to get the picture that the curation of this festival is very much within the parameters of what it means to live in a world where a pandemic is taking place.

One of the successes of the program was Bezzina’s determination to deliver a live performance festival, despite COVID. She makes it clear taking the festival online was never an option.

‘When I was asked I just said, “Well, I’m not that artistic director.” And that’s not being flippant. I was really serious because I am 100% not interested in it. I probably sound like an old fogey,’ she laughed.

Bezzina’s passion for the arts and community has been a large part of the decision to keep the festival in a physical format.

‘I think that it would be pretty dire for our local industry if we didn’t have anything that was employing so many artists, something that’s a real incubator for a whole lot of new work,’ she said.

A festival for all of Brisbane

As part of this year’s festival, 28 works have been newly commissioned, which gives many artists the opportunity to keep working during these difficult times.

The festival also paves the way for the biggest musical extravaganza in Brisbane’s history  –  Street Serenades  – an event taking place throughout the festival’s three-week period and featuring four uniquely decorated trucks housing separate styles of music, which will tour around 190 suburbs in Brisbane delivering concerts wherever they go.

Inspired partially by the musical performances in Rome, which took place on balconies during COVID, Street Serenades is easily one of the programs highlights, but undoubtedly one of the most difficult to plan.

‘There are some suburbs that are industrial and they’re not natural gathering points,’ Bezzina admits. ‘But of course we can’t tell everybody where we’re going to be and when because that could promote a mass gathering.’

The intricacy in planning a three-week festival that is largely outdoors, and has to adhere to particular health and safety standards was a challenge to plan, but not impossible.

‘The team have really banded together and put their best foot forward; they’ve written COVID- safe plans and site- specific plans,’ she said. ‘And we’ve been working with Queensland Health, and had many detailed conversations.’

So how does it feel to be staging such a public event during these uncertain times? For Bezzina, it’s a little nerve wracking, but mostly exciting.

‘It’s always that weird thing where, as an artistic director, you’re kind of showing a real vulnerability when you expose your program because it’s your inner thinking,’ she said. ‘It’s like a piece of art that you’ve been putting together, and this hasn’t been made in the normal environment.’

‘But I have to let go of all of that because that ego is not healthy. And it’s not the grandest, biggest international extravaganza that could ever be known to man. It’s just not possible. So I just have to kind of ride with what it is and be really proud of what it is at this time and hope people can see that,’ she concluded.

Brisbane Festival runs from 4-26 September. Festival program will be announced on 28 July.