A considered approach to developing artists’ careers over many years is a cornerstone of practice at The Street Theatre.
Richard Watts 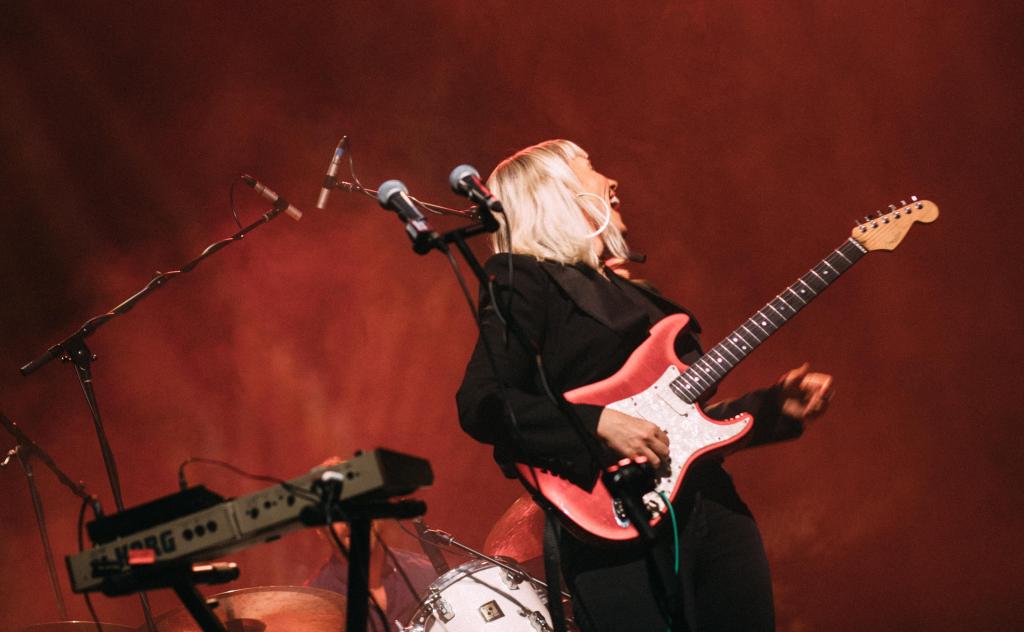 From hosting jazz and stand-up comedy to supporting the development of new Australian plays, The Street Theatre plays a vital role in Canberra’s cultural ecology.

‘Twelve years ago, The Street was really just a space for hire with a little bit of producing on the side, and we made a decision to fully enter the producing space and become a bespoke curated space,’ said Artistic Director and CEO Caroline Stacey.

That decision inspired a considered commitment to supporting the long-term development of new Australian performance work.

‘We’ve always looked for work that talks to the world we experience now,’ said Stacey. ‘We’ve also embraced the idea of long-line development of artists and their careers, and arts workers – anybody that’s working with us. Looking at what their journey is, whether they’re students and emerging artists, early career, mid-career or late career, and actually thinking about what the relationship is with the company and how we can grow their practice and their profile.’

The Street’s commitment to supporting artists’ career development over many years is a cornerstone of the company’s operations.

‘For instance, supporting a playwright means committing to developing three or four works; it means planning the experience of making work at all points of the development process, from generating a concept treatment, to developing a script, to first engagement with industry and audiences around a work in development, to rehearsing a script and being in a rehearsal room to production and touring.’

One playwright who has benefitted from The Street’s long-term approach is Canberra-based writer Dylan Van Den Berg (recently awarded the 2021 Nick Enright Prize for Playwriting) whose play Milk – a dramatic grappling with resilience and reconciliation – opens at the theatre in June.

‘Dylan is a perfect example of an artist that we have thought about in a long-line way. He was cast in a play when he left uni in 2013, and he’s been invited into just about every writing program that we’ve run. Milk is a work that’s been generated from a glimmer of an idea and is now going to be his first professional production.’

The world premiere season of Dylan Van Den Berg’s Milk will be staged at The Street Theatre from 4-12 June 2021. Photo credit: Creswick Collective.

Another new Australian play, Twenty Minutes with the Devil, will be staged at The Street later in the year. Co-written by Desmond Manderson (who works at the Australian National University in Canberra) and Luis Gómez Romero (the University of Wollongong), the play tackles important questions about law, politics, corruption and justice in the modern world.

‘Both Milk and Twenty Minutes with the Devil talk to injustice and resilience in a really big way, and in very different ways. Each work displays originality in tackling these themes, striking theatricality, and are written as conversation starters. I feel like both works came out of deep conversations, not from the need to rush anything.’

Not being in a hurry is another cornerstone of The Street Theatre’s operations, it seems. ‘Taking three years to get a work to a place where everybody is really comfortable? That’s okay,’ Stacey said.

While The Street is committed to the Australian arts sector as a whole, its audience – the people of Canberra – are also very much front and centre in the minds of the staff.

‘That conversation between community – audiences and artists – and being really active in that space is a cornerstone of our activity here. And that means really considering the work we do and how we do it, and all the different communities that we have connected with, and with each incremental step, developing a shared language and shared way of responding to all forms of performance,’ Stacey said.

Such performances include a range of live music, with The Street committed to supporting local musicians as well as the Canberra diaspora.

Peter Cook’s Breaking The Castle has its world premiere season at The Street in 2020 and tours to Hothouse Theatre in June 2021. Photo credit: Helen Fletcher.
‘If you think about our music program, say in the jazz field, we have presented artists that were grown in Canberra and have gone off to have national and international careers – and I guess the mix between presenting and producing is actually at the heart of that exchange and conversation and I think that actually keeps the theatre and what we do really alive in a very direct way.’

The Street’s commitment to the sector, and its nurturing of audience and artists alike, was recently recognised by a Sidney Myer Performing Arts Award, which Stacey described as ‘a big, fantastic affirmation of our approach of the last decade and of the hard work of so many people within the Canberra sector’.

Receiving the award alongside other key players in the industry nationally was all the more important after the impact of the pandemic, Stacey explained.

‘It was a great big affirmation, and coming out of COVID, it was actually very special to be in that mix [with the other award recipients]. Because we did a lot of new things last year. We embraced digital theatre and working in all sorts of new ways. We addressed building and business areas of concern, and it gave us also time to reflect operationally and time to really consider the sector in the ACT, as well as nationally, and what isn’t working as it should be – and that was obviously fuel for our thinking in terms of the future, so the award is gratifying, deeply gratifying,’ she said.

Learn more about The Street Theatre and its 2021 season.