The National Gallery of Australia’s digital mentorship program is helmed by those wanting to change the landscape for underrepresented arts writers.
Celina Lei 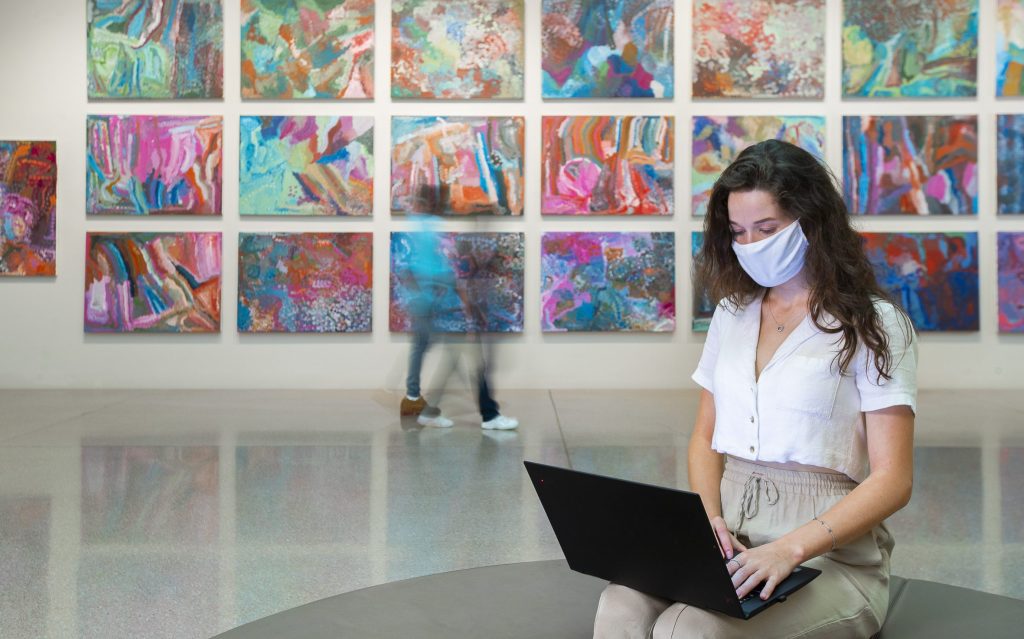 Situate your writing in the dynamic program of the National Gallery. Image supplied.

In 2022, writing in the arts holds a breadth of both possibilities and responsibilities. From articulating the cultural experiences of a new era to writing on First Nations art, the National Gallery of Australia (NGA) has embarked on a mission to support the creative and critical voices of young people across Australia.

In a monumental year the institution has announced a pilot Digital Young Writers Mentorship to support next generation writers.

Aspiring arts writers aged 19 – 25 from across Australia will be guided by some of the country’s most exciting sector leaders, with monthly 1:1 sessions from April to October 2022. Four mini-masterclasses will also be delivered online, with the first drawing from the National Indigenous Art Triennial to bring focus to writing on First Nations art.

Developed in consultation with youth arts engagement specialist Jo Higgins and supported by Tim Fairfax AC, the NGA hopes to help foster a more diverse, equitable and vibrant cultural landscape for these young writers. Anyone aged 19 – 25 can apply but applications are especially encouraged from young writers from First Nations and culturally diverse backgrounds.

The five selected mentees will receive a participating honorarium and payment for two commissioned pieces of writing to be published across the year.

Mentees will also have the chance to learn onsite at the NGA through a two-day visit to Canberra.

Who are the mentors?

Reflecting on the early days of his own career and the kinds of support that would have made the difference for him, Butler said we need ‘a sector that could properly grapple with its problems of structural racism without guilt, handwringing, or treating diversity as a curatorial framework.’

At the core of the issue, and something which NGA’s Digital Young Writers’ program is looking to help address, is the lack of culturally diverse mentors and platforms for emerging writers more generally across the sector.

O’Sullivan said the program is forging a new path in this direction: ‘The longer I’ve worked in the art world, the more concerned I’ve become about the structural inequalities that make it harder for some and easier for others to maintain a career … This program sounds like a brilliant initiative to share knowledge and build young writers’ professional experience so that new voices can have a better chance of breaking through.’

Shkembi echoed that providing mentoring for young people in the arts, particularly those from marginalised communities is ‘a way of contributing to creating and broadening networks of artists, writers, scholars and industry professionals who are outside the “mainstream”.

For Zhang, one of the opportunities for the NGA’s program is the chance to create a nurturing and generative space for young writers. ‘If we’re trying to support writers from marginalised backgrounds, culturally diverse writers; there’s the writing but there’s a whole lot of other stuff that comes with that too… Putting yourself out there can be really scary, especially if you’re emerging.’

In the early stages of Harwood’s career, these sorts of connections to a community or network of arts writers would have made a huge difference. As would have editors ‘who were prepared to take risks and commit to the extra work it takes to publish an inexperienced writer.’ He said, ‘I’m really interested in supporting young people to develop critical rigour and craft and to explore the language they use.’

The mentoring program will not only hone some of the technical skills to be an engaging writer, but also encourage young writers to find their own voice.

The NGA’s Digital Young Writers’ Mentorship is carving out a space for those emerging voices in art writing who, in the words of Zhang, ‘have something meaningful to say and are not afraid to say it’.

Butler agreed: ‘It’s about trying to encourage young people to think really critically about culture, which touches every part of our lives. It can be a fun, playful and rigorous type of writing.’