Gut Feeling, a multi-award-winning Australian web series, has launched the career of AFTRS alumna Hattie Archibald. She tells us how the journey unfolded.
Sabine Brix 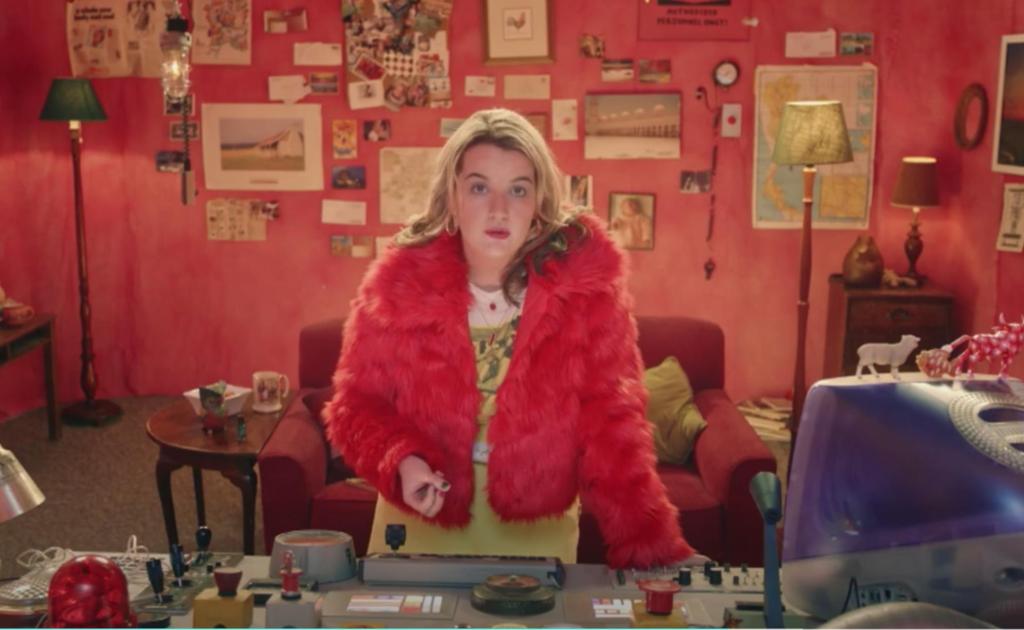 Director and producer Hattie Archibald’s comedy web series Gut Feeling has just launched on ABC iview and ABC Comedy. The culmination of her final project during the Master of Arts Screen Directing, which she completed at AFTRS in 2018, the series follows an advertising creative whose life changes after she’s knocked unconscious and forced to meet Uta, her intuition personified.

Prior to her studies, Archibald was working as an impact producer – someone who supports documentary filmmakers to create social change through the release of their films. She was also making short films and comedy sketches. But to build a career as a drama and comedy director she knew she needed to produce some solid episodic content, something she was able to do while being supported at AFTRS.

‘I went into the Masters of Screen Arts with a very clear idea of what I wanted to get out of it,’ Archibald tells ArtsHub. ‘For me the course was a way that I could carve out the space and time to develop my skills as a director. I knew I needed to put that time into my skillset and invest in myself.’

Although her journey at AFTRS began in 2013 with a Graduate Certificate in Directing Fundamentals while she was working full time at Spectrum Films, Archibald wasn’t able to study the Master of Screen Arts Directing until a few years later, when the course again became available.

‘I knew I had to put a couple of years into making a piece of work which showed that I could make TV, as that was what I ultimately wanted to do,’ Archibald says.

That work was Gut Feeling, a web series told over three 12-minute episodes which launched on ABC iview on 8 May. To date, the series has won multiple awards including Best Lead Performance at Toronto Webfest for Bridie Connell, and Best Student Series and People’s Choice Award at Melbourne WebFest among several others.

‘Gut Feeling is really a story about self-love. It’s about a girl who lives in her head and overthinks everything,’ Archibald explains.

The series was born out of a series of conversations that series creator Archibald, writer/actor Bridie Connell and producer Emily Bull had with their girlfriends about love, self-confidence, the complexities of relationships and the justifications which people can make for keeping a relationship alive long after it has run its course.

When 28-year-old advertising creative Liv is knocked unconscious, she is forced to rethink her life – especially her pending engagement to boyfriend Luke – when she comes into contact with Uta, her intuition.

‘The idea was to get people out of their heads and into their bodies in a different way, particularly women and young women. I wanted to plant the idea that there’s more inside of us that we can draw on than just our overthinking minds,’ Archibald says.

She attributes the development of Gut Feeling to her love of comedy, and the result of working as an impact producer who navigates social issues.

‘I love the power of documentaries and I think they’re so important, but personally, I think that comedy can sometimes go further. And in terms of reaching wide audiences and offering ideas in a gentle, subliminal way, the messaging in comedy can do that.’

About the Master of Arts Screen Directing

Archibald is enthusiastic about AFTRS and the skills she gained from studying the Master of Arts Screen Directing.

‘The course features both a practical and a theoretical side, and the idea is that you come out with a major work with an academic component, which is a really useful process to go through because you have to interrogate what you’re doing and why you’re doing it.

‘It’s a huge commitment, but what you come out with is a clear sense of who you are as a filmmaker as well as amazing relationships you can build with other students,’ she said.

Since Gut Feeling was released, Archibald has signed with film and television agency Cameron’s and is developing a range of projects. She’s also developing Gut Feeling into a longer show.

‘It’s been a fantastic calling card for me,’ she said of the series. ‘And I feel’ I’ve been able to demonstrate my potential to take projects on as a writer, director and producer.’

For others who wish to study a postgraduate course and take a similar path to Archibald, she advises: ‘Go along to the open days and talk to other people who’ve done an AFTRS course to get a sense of what it’s like.’