Circus is democratic, yet arts companies struggle with diversity

Leading UK diversity advocate and artist Vicki Amedume is in Australia for INTERSECT, a knowledge exchange between the UK and Australia promoting our shared responsibility in creating a more diverse creative future.
Gina Fairley 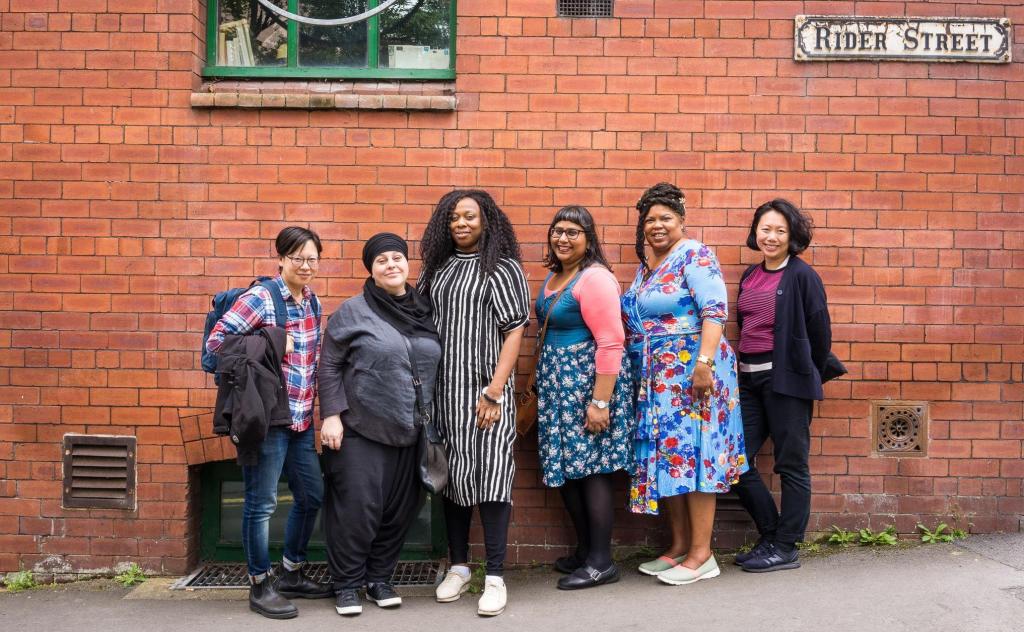 Vicki Amedume started life as a research scientist before choosing a new career path with the circus in her mid-20s.

‘When I entered the circus sector I was told I was the first black practitioner in the UK, and then I met a couple of others. We all felt that coming into a space where we were always framed as “the first” that nothing was moving forward. I wanted future generations to know that there was a base to work from – a legacy, a history – and that we do not have to constantly start anew and prove ourselves,’ Amedume told ArtsHub.

Amedume is Founder and Artistic Director of Upswing (UK), a contemporary circus company that advocates diversity. She explained: ‘For me as a black artist and maker, one of the most pressing problems we have is to see beyond the surface. Circus creates a democratic space to explore the extraordinary qualities that bind not divide us.’

Amedume is in currently in Sydney as part of INTERSECT, a British Council and Diversity Arts Australia led knowledge exchange program and peer-to-peer mentorship.

The program has brought together eight creative practitioners from the UK and Australia who are working together over an extended period, sharing ideas and initiatives about how to change what we see on our screens, in art galleries and on the stage.

In sync with INTERSECT’s philosophy, Amedume believes that reaching out through exchanges is just the starting point of a continuing conversation.

‘For such a long time, I felt like a minority in this space. I wanted to push back and not conform to expectations of what people thought I should be making as a black artist. That is starting to shift, but now we need to address a lack of certain people in the sector – to practice what it truly means to be diverse,’ she said.

Diversity Arts Australia’s ground-breaking 2019 report, Shifting the Balance, surveyed 200 of Australia’s leading arts and culture organisations, festivals, and government and funding bodies.  It found that culturally and linguistically diverse or CALD Australians are underrepresented at the leadership level of every single sector.

It’s a similar story in the UK, where the Arts Council of England’s annual diversity report from 2019 found that people from a minority ethnic background make up only 15% of staff.

‘For me as a black artist and maker, one of the most pressing problems we have is to see beyond the surface.’

INTERSECT sets out to address that under-representation of artists from First Nations and CALD backgrounds, or ME (Minority Ethnic) in the UK.

‘Sometimes that passion [working in the arts] comes with an unconscious bias, so while there is intent to make an organisation more diverse, it doesn’t always mean they are ready to change the content. You need to change the way you function, but also what you make. That is the fear – that change might interrupt the quality.’

Some individuals are starting to think the work has been done just because they have observed one or two people from diverse backgrounds in their workplace, Amedume warned.

‘We have got to stop seeing people as tools to address a problem. I have so many conversations when we tour work by Upswing, people see it as audience development – to bring a black audience to their venue. That is not our job. You have to invest in that. Our job is to make artistic work and take it out to the world,’ she told ArtsHub.

‘There is always a danger when a little bit of good work has been done that we sit back and rest on it. It comes back to that idea that there is a sense of risk attached to working with people who are different than you.’ 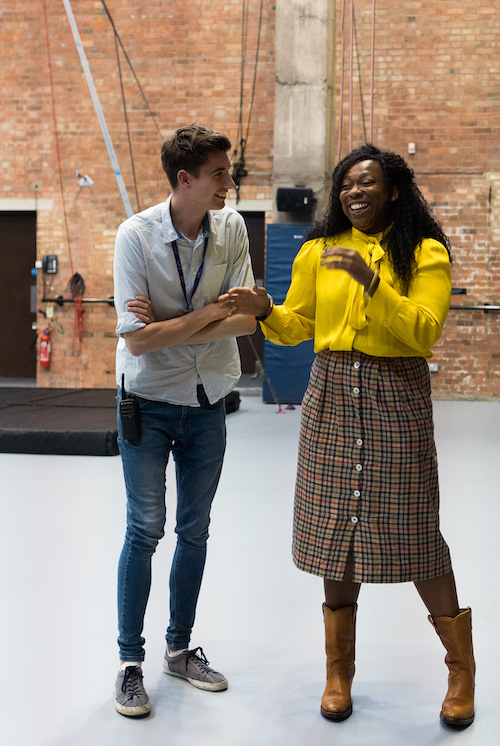 Amedume said that she has had her ‘mind blown’ while taking part in INTERSECT.

‘You know when you get a list of CVs of the people you are participating with and gasp when you read it? It is incredible to feel part of this. I think you need to be brave to reach out and exchange on this level. You need to have a vision; if you come with a fixed position you are not ready for exchange.’

Amedume said that the INTERSECT program has reminded her that you are never alone in the challenges you face.

‘We live in a culture that tells you that if are not decided [on your career] by the time you are16, you are going to fail. Peer support is essential to help you comfortably move into new spaces. I don’t think I would have made it as far without those networks of support around me; to coach me through the moments and direct me into new ways of thinking,’ she said.

One of the unique aspects of the INTERSECT program is that it is not just about an opportunity for an individual, but embraces a philosophy of networking to build better futures together.

‘When you hear of high level appointments in arts organisations and that person is culturally diverse, the conversation around that is that it’s “a risky appointment”. When we are no longer seen as a risk, then we are at a point when we have an even playing field,’ Amedume concluded.

It was a point that Helen Salmon, Director, British Council in Australia made: ‘By connecting programming decision-makers who have growing power and influence in the UK and Australian arts sectors, we hope to support platforms for art that reflect, resonate with and enrich our whole society.’

Learn more about the INTERSECT program.