APRA AMCOS and the Australian Music Centre (AMC) are calling on members to support their community by making a nomination in this year’s Art Music Awards.
Anthony Morris 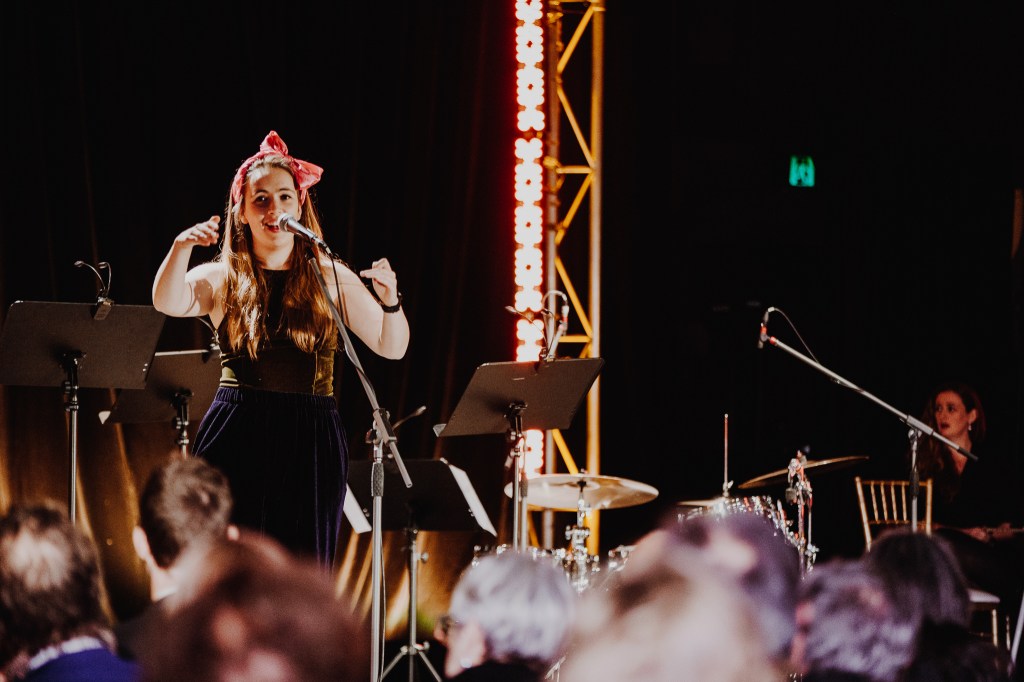 Nominations are now open for the 2022 Art Music Awards with the organisers calling on members to step forward and nominate their peers by 23 March.

Presented each year by APRA AMCOS and the Australian Music Centre (AMC), the community nominated awards honour and support the people, organisations and music that makes up Australia’s diverse and vibrant art music landscape.

Recently appointed AMC CEO Catherine Haridy said ‘I’m looking forward to celebrating the art music community and all the achievements of Australian composers, performers and organisations, despite the obstacles in their way throughout 2021.

‘I wholeheartedly encourage our artists and members to take a moment to nominate their peers.’

Part of what makes submitting a nomination so important is the awards’ focus on essential but under-represented areas of the Australian music community. Awards such as the Award for Excellence in Music Education and the Award for Excellence in a Regional Area recognise that nurturing talent, whether in the early stages or in non-urban areas, should be acknowledged as an essential part of a thriving scene.

Likewise, awards focusing on areas like jazz, improvised music and electroacoustic/sound art provide much deserved support and recognition for musicians often out of the spotlight, as well as giving their peers a way to recognise and show support for a significant part of Australia’s musical community.

Liza Lim has won four Arts Music awards to date, including both Work of the Year: Vocal/Choral and Work of the Year: Instrumental in 2017. Last year she nominated soprano Deborah Kayser, who went on to win the National Luminary Award for an Individual. Lim is keen for others to follow her lead.

Lim told ArtsHub, ‘Aren’t we all longing to celebrate the creative brilliance of our art music scene: the performers, composers and those that advocate for musical creativity in all areas – those who make, support, organise and educate?

‘Let’s lift up their names and honour their hard work, resilience, their courage, their community spirit and the power of aesthetic expression in telling the most important stories of our lives, our ways of knowing and feeling and being, our griefs and passions.’

Lim’s nomination of Kayser underlines the importance of the Luminary Awards, which look beyond the past year’s activities to honour an artist’s long-term contribution to art music.

Aside from the national Luminary awards for an Individual and Organisation, a Luminary award is presented each year for each state and territory, with voters having the opportunity to vote for one in their state of residence.

Supporting the community by making a nomination

The nomination process begins with members completing a basic online nomination submission in support of an individual or organisation. Those nominating are required to be either a member of APRA AMCOS (Composer, Author or Publisher member) or a financial member of the Australian Music Centre (AMC), which can be joined through their website.

The Guidelines Overview and Full Rules & Guidelines set out the criteria for a nomination. All that’s required is some essential information about the nominee/s (category, work, name of nominee, etc) plus a short paragraph on why this person/organisation/work is being nominated.

Works made available for the first time in 2021 are eligible for nomination, whether they’re events, performances, activities or other music use. They can be live or digital performance, video/audio broadcast, commercial release, or a work that’s been adapted to covid restrictions.

Nominations are open until Wednesday 23 March at 5PM AEDT. After nominations close, nominees will be notified to complete their submission for finalist consideration.

The awards themselves are set to take place in Melbourne this August.

Get your nominations in now at the APRA AMCOS website.