The Cossack Art Awards continues to show how much regional communities value art as an important part of their everyday lives.
Jo Pickup 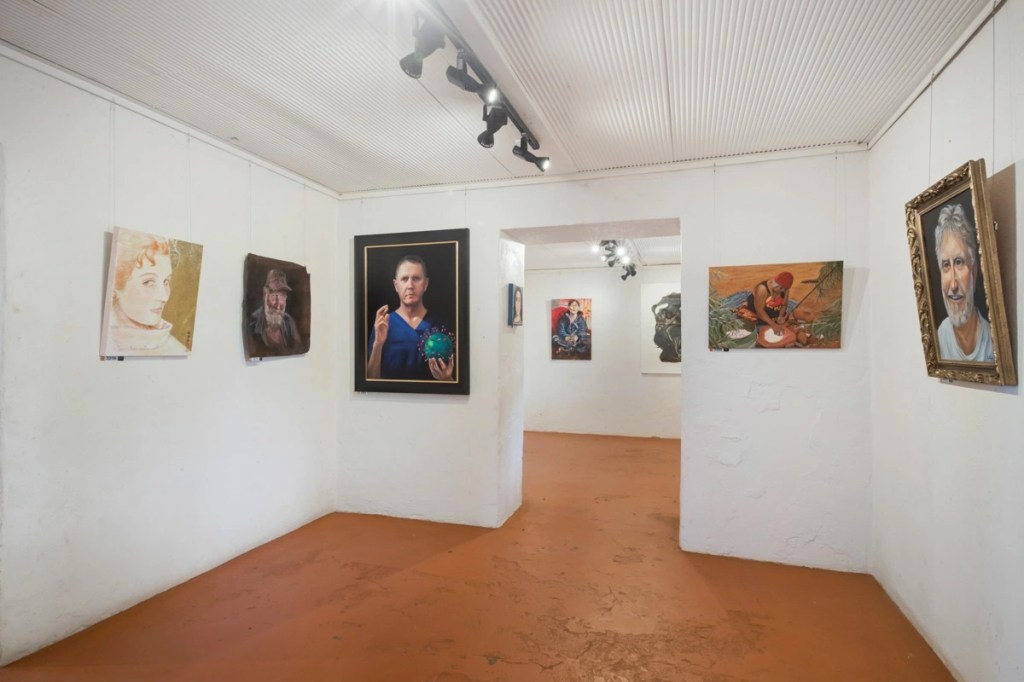 In 1992, when the then Cossack heritage precinct curator Brian Hoey decided to launch a nationally significant art award in one of the smallest towns on the map, many may have questioned his ambitions.

Though Hoey’s ineffable character, persuasive charm and can-do approach led to the creation of a remote art award that has since proved important to its local community and to artists across the country.

Hoey is now in his early 80s and spoke to ArtsHub from his home in Perth as he worked on a watercolour work – a habit he practices daily – and revealed how and why he started what is now a thriving, open-access art award with impressive prize monies on offer.

‘It took me a little while to realise it,’ Hoey commented, ‘but art is a saviour – we need it, and during my time in Cossack, I saw what art can do for people,’ he added.

Hoey told ArtsHub that as part of his job restoring and managing Cossack’s historic precinct in the 1990s, he started a series of arts programs to engage the local community.

‘For many people the north–west [of WA] is seen as a place where a lot of men come in to work in the mining sector,’ he told ArtsHub. ‘But what happens to the wives and families of these men working in the mines? They can find it hard to find things to do,’ he said.

‘So that was part of the reason we set up the award, because it was very clear to me that art was something that everyone was really drawn to,’ he explained.

At the time, Hoey coordinated an art program that included hosting visiting artists to Cossack to give art workshops to locals and school students.

‘There was an arts worker there all the time,’ he said. ‘And the kids and students especially, they got so much out of it – ­they loved it.’

The Cossack Arts Awards are now among the most high profile in the region, with $89,000 in prize money and a Gala opening event that draws huge numbers of loyal locals and out of town visitors.

This year, in recognition of its thirty year milestone, the Award’s Best Overall Winner will receive $20,000 (a $5,000 increase on the previous amount), and an artist-in-residence will be chosen for a four week stay in July/ August 2022.

Also important to the Awards and its exhibition is the inclusion of 200 works by children, who can enter the Cossack Children’s Art Awards every year.

As he reflected on the expansion of the Awards over the years, Brian Hoey also credited the involvement of local Indigenous artists as a key factor in its success.

‘I think it has grown because of the local Aboriginal art communities and their willingness to become involved,’ he said. ‘And when an Indigenous artist has won, some of that prize money has be invested back into their art centres and art communities,’ he told ArtsHub.

Last year, 44 of the 300 works entered were by the four Aboriginal Art Centres in the region, namely Yinjaabarndi Arts, Wangaba Roebourne Art Group, Juluwarlu Aboriginal Art Group and Cheeditha Art Group. As well as this impressive representation, almost $40,000 was generated from the sale of these work, signalling the Award’s significance for these local artists.

Hoey said that the most important thing about the awards for him is that they continue to connect with the local community and draw visitors to the artworks presented within such historic architecture.

‘I feel very proud of that work,’ Hoey said, in reference to both his role in both restoring Cossack’s historic gallery buildings, and to his initiating these thriving awards.

Cossack Art Award, 2022. Celebrating 30 years of this annual acquisitive Awards and Exhibition with associated public programs and an artist in residence. Presented by the City of Karratha and the Awards’ Principal Partner, Rio Tinto.

Entries open 26 April 2022 and are open to the first 300 entries only. Full application details here.