Tracey Moffatt: Laudanum and other works

A thought provoking exhibition at the Art Gallery of NSW.
Lynne Lancaster
[This is archived content and may not display in the originally intended format.] 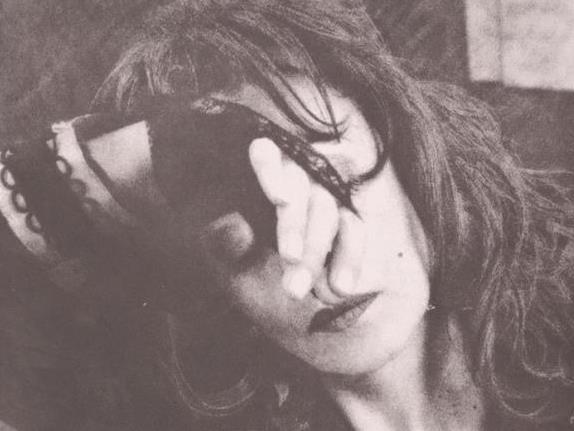 The just opened Tracey Moffatt: Laudanum and other works is in the Photography Gallery on Level 2 of the Art Gallery of NSW.

In it we can examine key threads in Moffatt’s work and her use of both the still and moving image. Twenty eight pieces have been selected for this at times dark, unsettling exhibition.

The Art Gallery of NSW has the most extensive collection of Moffatt’s work in Australia – over one hundred and twenty works from twelve series dating from 1985-2013. Moffatt will represent Australia in the 2017 Venice Biennale. Moffatt’s first solo exhibition was in 1989 at the Australian Centre for Photography. Her short film Night Cries was selected for official competition at the 1990 Cannes Film Festival, garnering lots of critical acclaim. beDevil, a feature film, was selected for Cannes in 1993. In 1997 she was invited to exhibit in the Aperto section of the Venice Biennale. 1997/98 saw a major exhibition of Moffatt’s work at the Dia Center for the Arts in New York.

In 2007 Moffatt received the prestigious Infinity Award from the International Center of Photography in New York and that year also saw the publication of a monography: The Moving Images of Tracey Moffatt published by Charta. The Museum of Modern Art held a solo survey exhibition of Moffatt’s film work in 2012 and in 2013 Moffatt received an Australia Council Laureate Award for distinguished service as a photographer and filmmaker and as a mentor for indigenous artists.

Her Laudanum and Plantation series are linked by the use of colonial homes as locations and are also related via several visual motifs and production techniques. Both Laudanum and Plantation allude to the history of stereoscopic photography but with unmatched images. We are able to see six of the twelve in the Plantation series, on special handmade paper, evoking old hand-coloured photos. They are displayed in plain white frames. They consist of views from outside a colonial house with a somewhat menacing atmosphere, of heat and burning canefields with a shadowy male presence. The images seem perhaps a bit battered and cracked, possibly incomplete.

The 1998 Laudanum series (1-19) is of toned photogravures, using the 1879 technique and were produced using Robert Mapplethorpe’s printer. There are perhaps visual references to Murnau’s Nosferatu (1922) and Losey’s The Servant (1963). Moffatt also cites The Story Of O as a trigger.

In Laudanum the mistress is a glamorous – but starting to age – white woman and the servant a lusciously beautiful young Eurasian. We are inside the house observing as a voyeur. Boucher-like semi-nude shots of the young servant asleep are contrasted with Nosferatu-like shadows and spiky screaming hands descending a swiveling staircase. We see the Sisyphus-like work of the exhausted servant, spied on and abused by her mistress. At the end we see the white mistress crouched at the bottom of the staircase in a pose similar to that of the servant previously. There appears to be a sadomasochistic relationship between mistress and servant. Is there? Is it a drug induced fantasy and if so, who is the viewers? The servant? The mistress? Laudanum and other works is a strange unsettling series.

Just one picture from the 1995 Guapa (Good Looking) series is included, full of flying upside down movement at the women’s roller derby and printed from a black and white negative on colour paper. It focuses on the strength of women and the triggers of memory. The two montage videos we can watch are part of a series of eight begun in 1999. Headphones are provided .They examine elements of stereotyping in mainstream cinema and are in turn tragic, funny and horrifying among other things, the reaction of the viewer manipulated by the editing.
Other, (7 minutes) is a hypnotic commissioned score containing no words and uses short sequences from various movies (The King and I, Mutiny on the Bounty, Zulu etc.) to look at transgressive desire in volcanic explosive passion between races sexes and genders.

Love  21 minutes) uses over 200 clips and spans fifty years of cinema history tracing the development of romance from bliss to brutality and is in parts quite violent (it includes domestic violence and public shoot outs).
Depending on memories, thought processes and dreams Moffatt’s work is resolutely placed ‘out of time’ as ideas effects and images are blended together. Moffatt regards her work as reflecting broader social -political realities as well as the individual’s experience. Her incorporation of both glamour and the height of style ‘allow her work to be very legible to the viewer despite elliptical narratives. Life’s various experiences both painful and pleasurable underpin her work. As Moffatt remarked in a 1999 interview, “my work is full of emotion and drama… my narratives are usually very simple but I twist it”.
A most challenging, thought provoking exhibition.

Tracey Moffatt: Laudanum and other works

The Art Gallery of NSW