An historical play about love and faith with modern resonance.
Vanessa Francesca 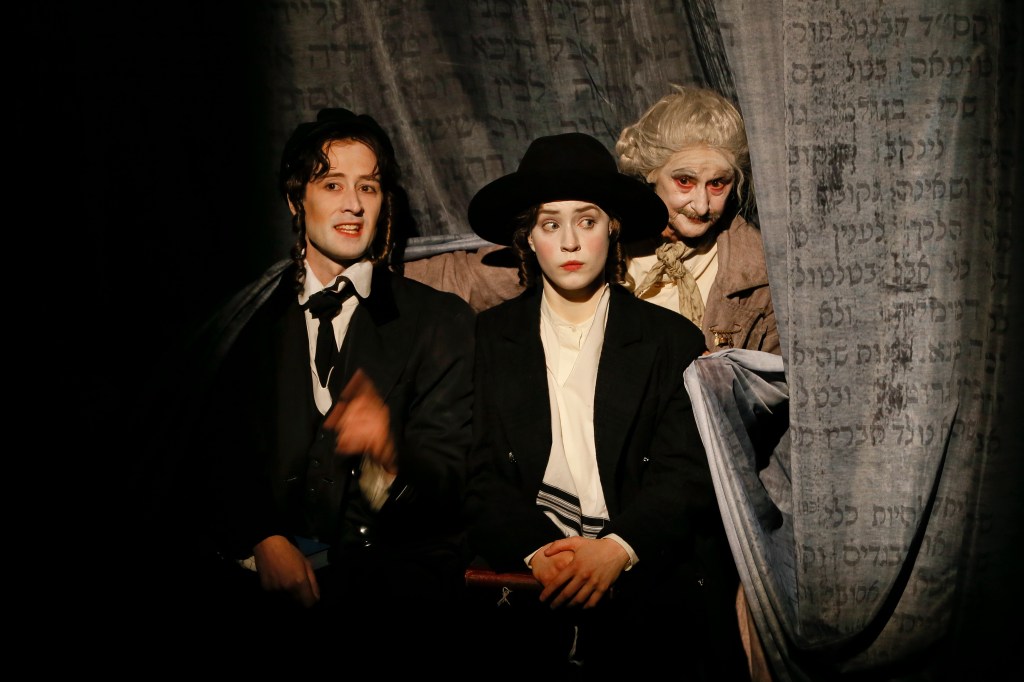 Yentl ‘examines the role of gender in religious enlightenment.’ Photo by Jeff Busby

What does it mean to be modern? This is a question posed by Kadimah Yiddish Theatre’s new adaptation of Isaac Bashevis Singer’s Yentl, at the Arts Centre until the 26 March.

Based on the original short story, this story examines the role of gender in religious enlightenment, making a bold argument for the accessibility of religious study for women historically marginalised by a patriarchal tradition.

The story concerns an 18th century young woman, Yentl, living in a Polish shtetl and longing to follow in her father’s footsteps as a rabbi, despite the fact that it is forbidden for girls to study. Directed by Gary Abrahams (who also directed Admissions for the MTC) the production features a stellar cast of young talents including recent VCA graduate Jana Zvedeniuk, who gives extraordinary emotional depth to a cerebral script. Zvedenuik brings real life and drama to the theological dilemmas of the young Yentl and the blossoming of her intellect and her emotion is a joy to behold.

As the story develops, Yentl poses as a man called Anshl in order to be able to study at the Yeshiva. Here ‘he’ meets Avigdor, played with passion by Nicholas Jacquinot, who becomes her study partner and her intellectual companion, eventually confiding in Yentl/ Anshl about his emotional dilemmas with Hodes, played by Genevieve Kingsford with a sweet naivete that garners sympathy for her unusual situation. As Avigdor encourages Anshl to pursue Hodes, the play asks important questions about the relationship of the soul to the body, the role of love in worship, and the limitations of gender.

Yentl is a play that echoes other plays in its tropes. The comedy of a woman dressing as a man could be straight from As You Like It, the dramatic irony of a woman pretending to be a man seducing another woman has echoes of MTC’s recently cancelled adaptation of Cyrano. But as the play takes a darker turn and the protagonist moves into uncharted moral territory, it comes to resemble a scene from Kit Marlowe’s Faust as much as any comedy of errors. The idea that being modern is a Faustian pact is a suggestion of Prof Rebecca Margolis’ fantastic translation, with a playful lighting design by Rachel Burke and an evocative sound design by Russell Goldsmith spotlighting the play’s drama, humor, and heart.

An iconic performance by Evelyn Krape as a number of supporting characters simultaneously brings to life the play’s Jewish setting and establishes it as a story that transcends a particular time and place. Yentl is a modern masterpiece that will upend any preconceived notions about what it means to be modern.