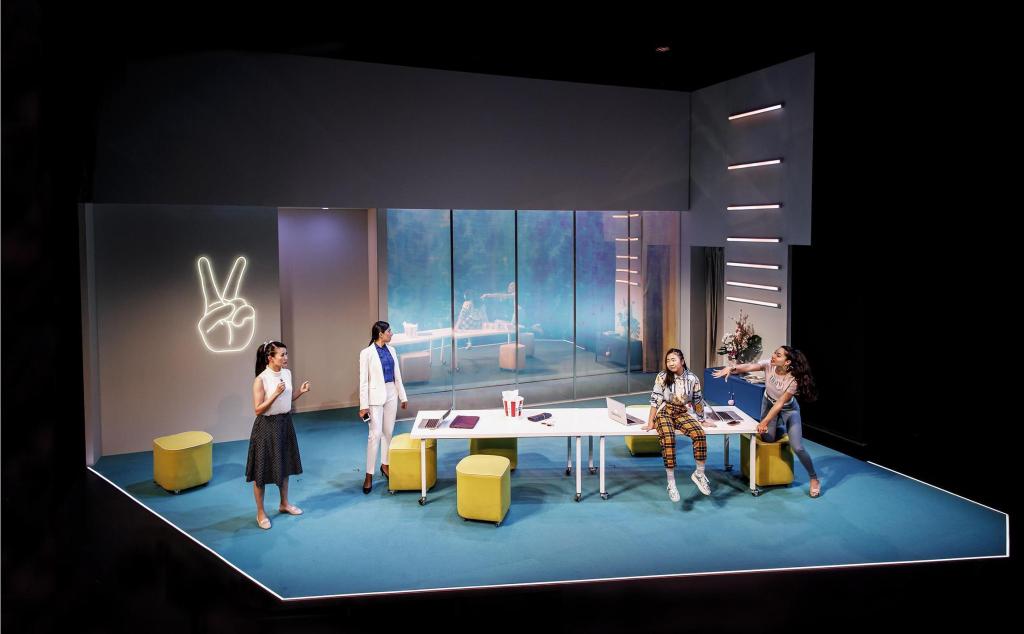 White Pearl is a witty theatre production directed by Priscilla Jackman that recreates the complexities of inter-Asian relations in the microcosm of the office of a beauty company: Clearday Cosmetics. Clearday’s flagship product is a skin-whitening cream, and its latest ad has gone viral for being racist against black people. The Singaporean company is in disarray, and its team members in a flap as they try to diffuse the media crisis before the US wakes up on the other side of the world.

Playwright Anchuli Felicia King’s perspective and experience are crucial for the success and credibility of this show. King is a Thai-Australian playwright and artist. As a person sitting on the hyphen of two cultures between the East and the West, King knows that authenticity is loaded. Class, education, accent, gender, and age weight the dice of identity politics.

The cast of White Pearl is almost exclusively female and Asian. Performances from the six young Asian-Australian actresses are engaging and entertaining. They convey the complexities of national belonging in a globalised world convincingly without succumbing to offensive stereotypes or overbearing politics.

In my eyes, (as a white Italian) shows like White Pearl that present an Asian experience in the international context are vital for the Australian artistic scene and civic sphere. Together with productions such as Single Asian Female and Disobedient Daughters, White Pearl offers funny and unapologetic insights into the challenges and opportunities faced by Asians living and contributing to a globalised world.