A sensitively-handled portrayal of grief and family.
Megan Koch 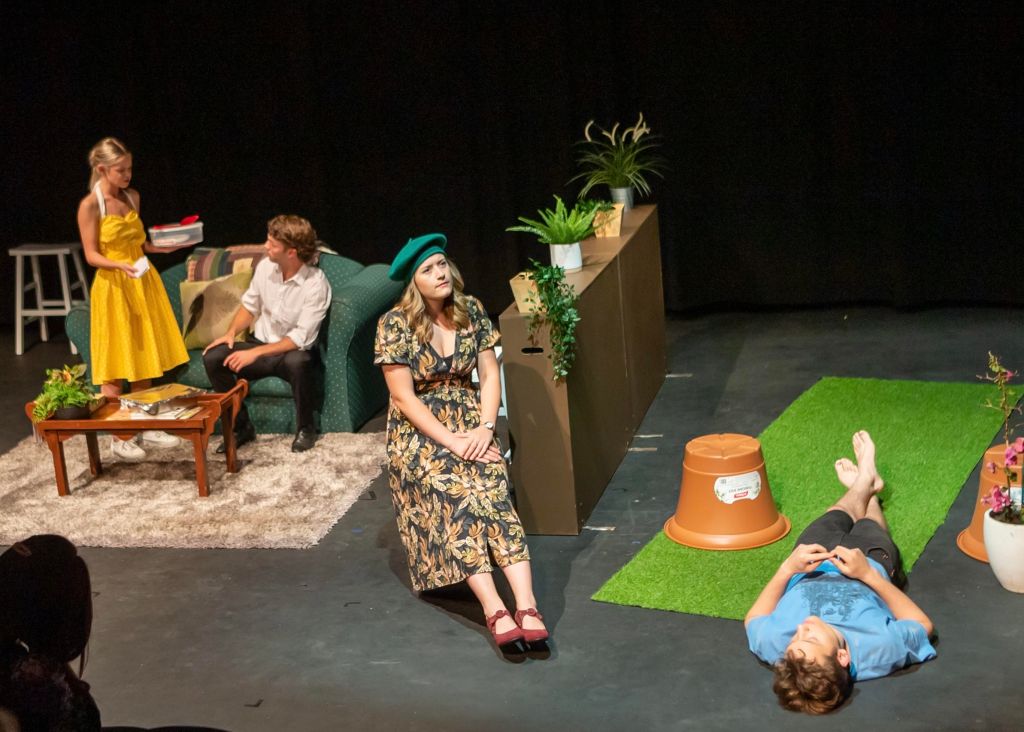 ‘Despite its focus on grief, Unperturbed is aiming more for laughter than tears.’ Photo supplied.

New Australian play Unperturbed introduces us to four young siblings struggling to keep everything together in the hour before their mother’s funeral. A persistent motif – indeed, almost a fifth character – takes the form of a tray of lasagne from a sympathetic neighbour that finds its way (usually in the arms of daydreaming younger brother Will) into their conversations, sparking arguments, confessions, and unexpected moments of connection.

Written by Jack Kearney and directed by his father, John Kearney, Unperturbed is a comedic and poignant depiction of the complexities of shared grief. The play is structured around these conversations between the siblings, interspersed with moments of solitary reflection from each of them as they mull over their last months with their mother. Aided by well-chosen lighting and seamless movement around the stage, it allows us to get to know each character individually, and to understand their reactions to the stress of this strange day. Over the course of the hour, we also get a sense of the relationship each has with everyone else in the family. These are siblings who know better than anyone how to both infuriate and amuse each other.

All the actors are well-suited to their characters. Michael Cameron is a standout as hilariously self-important older brother Conor, running around issuing instructions while reminding everyone that he is not in charge. He and Amy Bloink, as precocious little sister Siobhan, are a charming comic duo. Kaylie Chieco and Max Danta round out the cast ably as Cathy, the competent and cultured eldest sibling, and Will, the one everyone’s worried about.

Despite its focus on grief, Unperturbed is aiming more for laughter than tears, and it does succeed with some genuinely funny moments. It is a difficult task, however, to fully capture that unique kind of shared nonsense and familiar banter that develops naturally among those who grow up together, and at times the jokes come off as a little forced. While the writing is certainly clever, the metaphor-heavy monologues that fill the play’s more emotional scenes sometimes detract from the sincerity of the moment.

That being said, Unpeturbed is effective as an exploration of the strange reality of grief: having to navigate the feelings of those around you as well as your own, the intrusion of the mundane and the ridiculous into something so momentous and personal, and the unexpected methods we use to cope. It is, as director John Kearney has said, a ‘universal story’ – performed here with sensitivity and skill, and sure to resonate with many.

Unperturbed played from 15-19 March 2022 as part of Adelaide Fringe.