Forty-eight years later, Tasmania finally gets to jump to the left and take a step to the ri-i-i-ight.
Robert Jarman 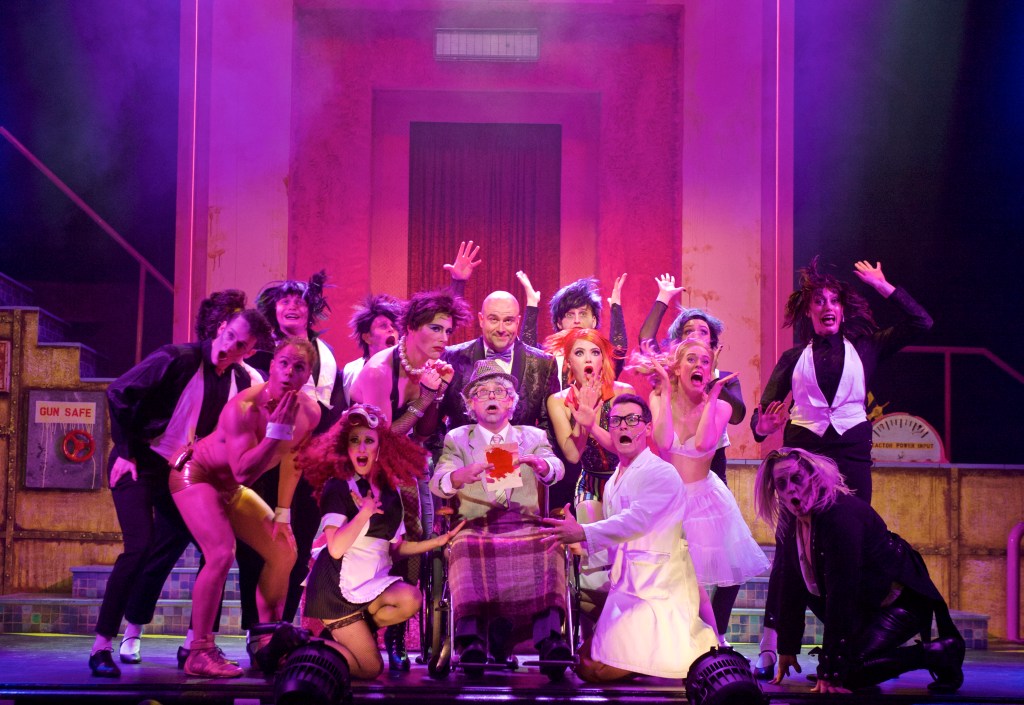 Fun is had by both cast and audience of The Rocky Horror Show. Photo by Tony McKendrick.

You know how sometimes you go to a show and it feels like the cast is having a lot more fun than the audience? Well, that is emphatically not the case with this production of The Rocky Horror Show. Oh, the cast is having fun all right, but their joy pelvically thrusts itself across the footlights and has the audience writhing in absolute pleasure.

For anyone unfamiliar with the show, it tells the story of a couple of All American Kids who fall into the elegantly manicured clutches of a transvestite alien. No, really.

The Rocky Horror Show, particularly in its celluloid incarnation, has a cult following, and any creative team will feel, perhaps inevitably, pressure to satisfy the show’s many fans with the already-known and loved. Here, the influence of the film is strongly evident in those elements most readily transferable from screen to stage: Ingrid Ganley’s direction and the costuming of Roz Wren. (The programme acknowledges Sue Blane’s original costumes designs.)

Strikingly original is the choreography of Kate Crichton, a real highlight of this production. Her deployment of forces is superb, as is her judgment in knowing when enough is enough: she does not haul in all available bodies to over-choreograph every moment, unlike some currently popular musicals.

Admirable too is the lighting of Gareth Keys. It’s all very rock’n’roll, of course, but again there is moderation, and some beautiful effects are achieved. Reuben Hopkins’s audio design is amongst the best I have heard at this venue. Jill Munro’s pastel, steam-punky laboratory is effective and functional, and incorporates an incandescent surprise that earns its own round of applause.

Fine wines run the risk of turning into vinegar. Here, the converse is true: at almost 50 years old, The Rocky Horror Show has sweetened with time. What was once subversive and perilous is now cheeky and kooky. But if the show now lacks danger, it can still thrill. Indeed, who could not be thrilled by the first and much antici… … …pated appearance of Dr Frank-N-Furter?

When he arrives, he does not disappoint. Charismatic, handsome, sexy, and with a stunning ability to enchant the audience from the first twitch of his lip, John O’Hara as Frank-N-Furter delivers a genuine star turn.

I intend it as a compliment to the whole cast that I am choosing not to nominate any other cast members for a ‘special mention’. Performances of the principals and ensemble are universally superb.

There is a small misjudgement in the second act when some local references are slipped in, which feel provincial and daggy, but that aside, this production fulfils with distinction its extraordinary honour of being Tasmania’s first locally-made, fully-professional commercial musical.

The Rocky Horror Show is performing from 6 October – 7 November 2021.