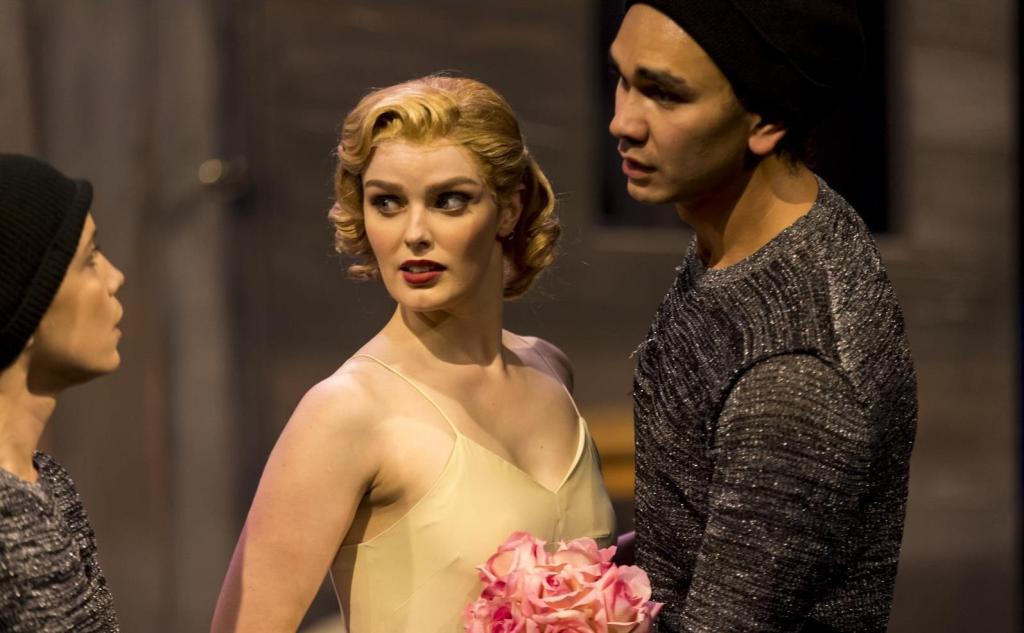 When gifted writers and adroit creatives gather for a project of monumental proportions, magic happens. This interpretation of Shakespeare’s Taming of the Shrew by director Damien Ryan (Sydney Theatre Company, Melbourne Theatre Company), alongside his production team and cast, delivered an exquisitely timed, hilarious version of the classic play.

Rest assured the essence of Shakespeare’s dialogue and views on relationships and gender were not lost in this fresh presentation, with all roles deftly played by the whole cast, in particular, Anna McGahan’s feisty performance as Katherina and her suitably witty counterpart, suitor Petrucio (Nicolas Brown). These protagonists were ably joined by others, namely Bryan Probets and Leon Cain, along with the multiple-role playing, Barbara Lowing.  Such collective thespian talent brought out both the seriousness and comedic content of the play in all its cacophony of chaos.

Intelligent design realisation by Adam Gardnir led to a visual feast of props and costumes based on an Italian 20s and 30s movie aesthetic. There were vintage-styled props, either sourced or hand-made, with wooden staircases and balconies and a large silver screen formed part of the overall design. In between acts, the actors moved large components of the set (including stairwells, tables and platforms) with the grace and choreographic fluidity of ballet dancers. The use of black and white silent films also offered another layer of interpretation.

Although it took around 10 minutes for the audience to warm up there were audible chuckles and laughs as the play wove its themes. Thunderous applause confirmed that guests were delighted and surprised, as much by the quirky antics and set changes as by the acting.

Musically, the show embraced a playlist with tunes from the likes of Nat King Cole and Cole Porter and nostalgic favourites such as ‘Anything Goes’ and more. Taming of the Shrew is a work of nuance and intricate relationships, and its exploration of the traditional roles of womanhood and characters’ acceptance or grappling with such binding expectations will always be in vogue.

We are extremely lucky to have live theatre again in Queensland. An exciting launch for seasoned audiences and new patrons alike.