Physical comedy all dressed up in lycra and sequins.
Jacqui Glyde 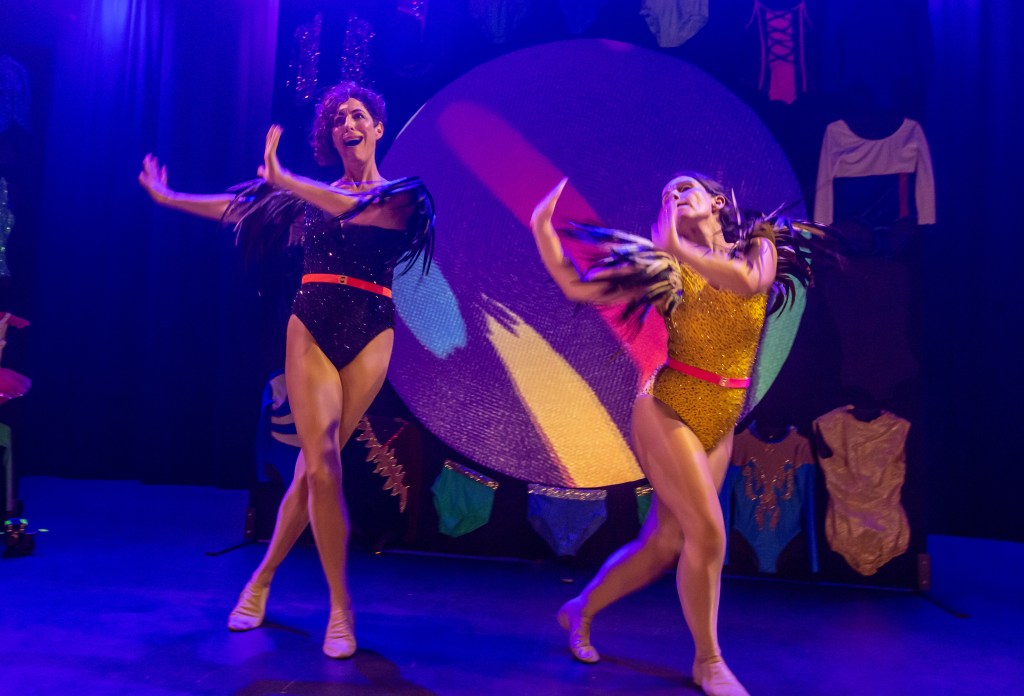 ‘A diversity of themes and numerous other sketches coupled with background music and an occasional burst of smoke matched the women’s performances.’ Photo by Stephen Henry.

An elegant area encompassing the modern bar that served an array of unusually flavoured crafted beers, wines and cocktails greeted patrons as they meandered through the Factory Lane outdoor precinct into Metro Arts. It was an added advantage to enter a theatre with a tall glass champagne flute in hand, as most venues now adamantly insist that any drinks be transferred into plastic.

A jovial mixed crowd of all ages positioned themselves on bronze velvet oblong benched seating while perusing upcoming attractions on a televised screen.

Metro Arts in West Village at West End features a bar, cafe, gallery and a theatre. The New Benner Theatre, an intimate underground venue, is reached by a metal staircase. Opening both entry doors would have allowed for easier access and prevented awkward stumbling past patrons while subdued lighting inhibited reading of seat numbers. Folded-down purple chenille stadium seating offered a comfortable view of the black performance floor where strobe lights flickered under a minimal set hidden under plastic wraps. A raked ceiling, black walls and drapes gave the room a gothic feel.

Debase Productions presented two devilishly funny comedians, Bridget Boyle and Neridah Waters, as they teamed up with their latest offering, Leotard. The performance began on a high note as they stepped out from a side entrance, shining miniature torches in a confused but humorous, exasperating attempt at being unaware of their surroundings.

Stepping onto the floor they unveiled two oversized boards whereupon a bevy of vintage sequined and feathered leotards hung in all their glory. Wheeling the boards to either side revealed a centre board displaying a circular screen where film footage presented cameos of many women telling their background stories behind the featured leotards.

The first sketch saw both performers slide into pink leotards to transform into Anna and Jo, obviously two old friends attempting to outboast each other in the local supermarket. A quick change saw Waters transform into Gloria frolicking in a multi-coloured Rumba outfit on a pretentious cruise ship.

A diversity of themes and numerous other sketches coupled with background music and an occasional burst of smoke matched the women’s performances, while their endeavour to recreate vaudeville was met with giggles from the crowd. The highlight of the night saw the finale with its fun and electrifying dance party atmosphere, inviting audience members to join the performers on the floor.

Leotard will be performed until 18 December 2021.