An energised version of a well-worn American classic.
Anna Westbrook 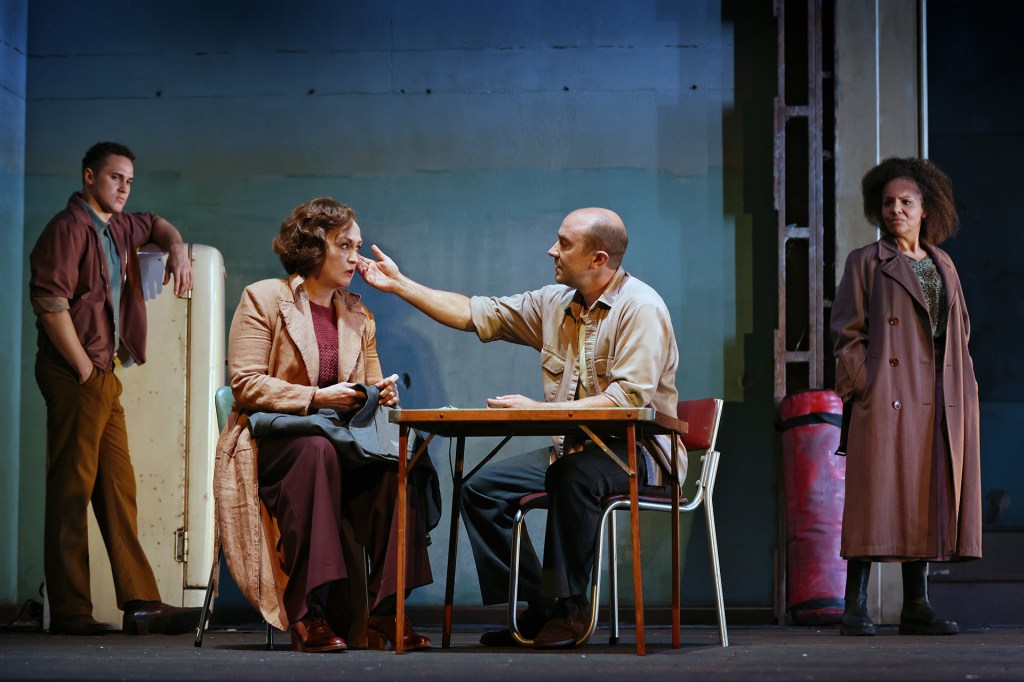 Paige Rattray’s direction of Death of a Salesman is visually riveting, taking advantage of the cavernous proscenium arch of the Roslyn Packer Theatre (here lit by giant windows) and keeping most of the cast present onstage. It’s a challenge to make such a well-worn play feel fresh, but this production is boisterously exuberant, charging through the almost three-hour run-time.

Salesman is about the decay of the promise of America, the desperate competition of cut-throat capitalism, and the entanglement of masculine self-worth with mythic narratives of moneyed success. While Willy Loman (Jacek Koman) and his two sons Biff (Josh McConville) and Happy (Callan Colley) are all roundly excellent, the tenderest moments come in the inexhaustible patience and empathy of Willy’s wife, Linda (Helen Thomson), who sees through Willy’s self-delusion but stays out of a ferociously loyal love.

The inevitable end for Willy, approaching rapidly as the audience watches his mental state collapse, is kept so tense and taut one almost must watch through one’s fingers. Arthur Miller was a master of quips, and lines like the one delivered by Charley (Bruce Spence), Willy’s brother, punch hard: ‘Willy, when you gonna realise that them things don’t mean anything? … The only thing you got in this world is what you can sell. And the funny thing is that you’re a salesman, and you don’t know that.’

Out of Willy’s Aristotelian tragedy comes freedom from deception. Linda and her sons are emancipated from the flimsy scaffold of Willy’s lies that have defined their lives. ‘We’ve never told the truth for ten minutes in this house,’ roars McConville’s Biff, who gives a powerhouse performance in the second act and grows out of the early expectation of high school football glory that has defined and stunted his adulthood.

There’s a brash, dry humour to the play that remains intact even in the darkest moments and a raucous Cole Porter musical number in the restaurant/nightclub scene that’s handled with aplomb by actors Brigid Zengeni and Philip Quast, the latter stepping momentarily out of his role as enigmatic brother Ben Loman.

The confidence of set designer David Fleischer’s minimalist but on point, faded, slightly tatty mid-century American décor, and the work voice coach Leith McPherson has put into nailing the characters’ accents, is transporting. Death of a Salesman here feels as vivid and poignant as it was when first staged 70 years ago.

Death of a Salesman will be performed until 22 December 2021