Indigenous grief and identity at the forefront of this explosive show.
Anna Westbrook 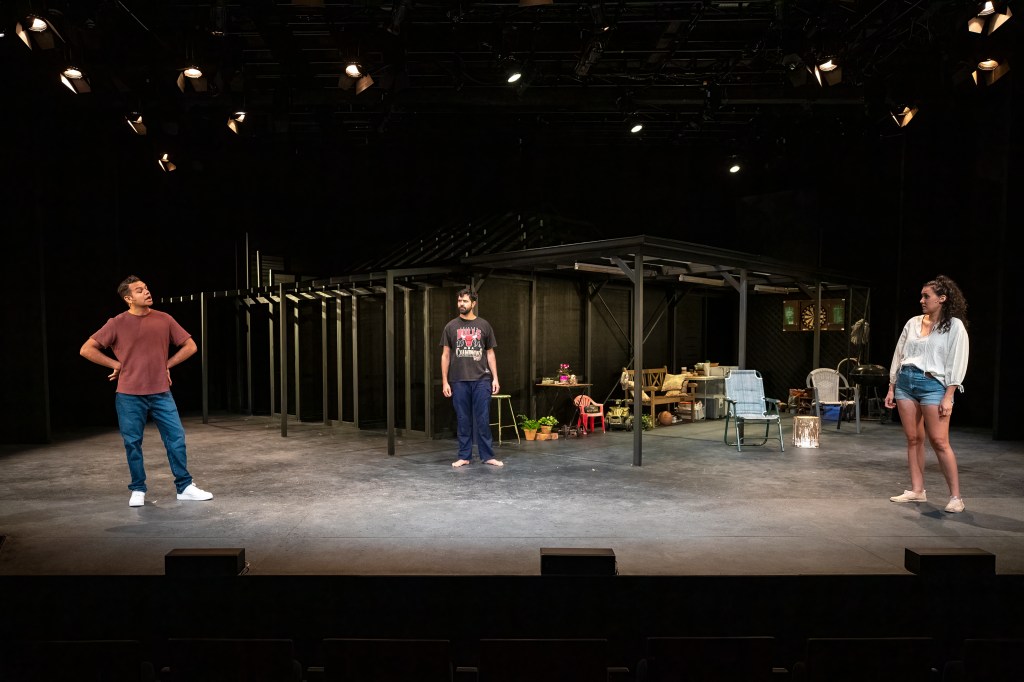 ‘This play is a particularly loud shout for justice and recognition.’ Photo: Joseph Mayers.

It has been a very long time since a production made me burst into tears, however irrelevant that may be in this case – the tears of a white reviewer over a play written, directed, and starring Indigenous creators and visionaries. Nonetheless, City of Gold resounds in a standing ovation, due to its undeniable affect, technical prowess, and in its daring to discuss the judicial and police violence against our First Nations people, the unacceptable inequivalence of life expectation, and the stereotyping and tokenism that pervade political and media discourse.

While the United States model of #blacklivesmatter is a convenient watershed and reference for journalists, it is unacceptable to solely cite African American activism when Indigenous Australian voices are still routinely ignored in this country. Meyne Wyatt’s blistering performance on Q&A in 2020 was a taste of City of Gold, originally a co-production between Queensland Theatre and Griffin Theatre, currently incarnated at Sydney Theatre Company. Wyatt is a proud Wongutha-Yamatji man who grew up in Kalgoorlie before graduating from NIDA, and the play is set in Kalgoorlie, where the character, played by Wyatt, returns for his father’s funeral – which is partially autobiographical.

Shari Sebbens, of Jabirr Jabbir and Bardi heritage, stages a dynamic family house, (shout out to the exceptional lighting design by Verity Hampson), with a walkable roof and transparent interior, for this two-act structure that begins as a domestic drama with sibling squabbles when the prodigal son returns, to a bombshell second act that is kinetic, fraught, superbly acted and directed, and ultimately devastating.

Indigenous masculinity is handled with grace and insight, while not underrepresenting the burden that often falls upon Aboriginal women to pick up the pieces of shattered communities. Wyatt is a detonatable canister of rage and grief who carries the show – it’s definitively his star vehicle – and Simone Detourbet does an admirable job as his sister, but it would have been fascinating to have the mother character written in and performed by an Elder Indigenous actor, given that while ‘Mum’ is constantly referred to but never appears. She’s always indisposed, posing the question, was Wyatt hesitant to write the part? The patriarchal ghost of the father returns multiple times to interact with his relations.

After the recent trial and verdict of Zachary Rolfe for the Yuendumu shooting, this play is a particularly loud shout for justice and recognition. Wyatt is mesmerising on stage, and this is yet more accolades for Shari Sebbens in the director’s chair after her success with The 7 Stages of Grieving.