An entertaining and edifying survey of Australian theatre throughout the ages.
Vanessa Francesca 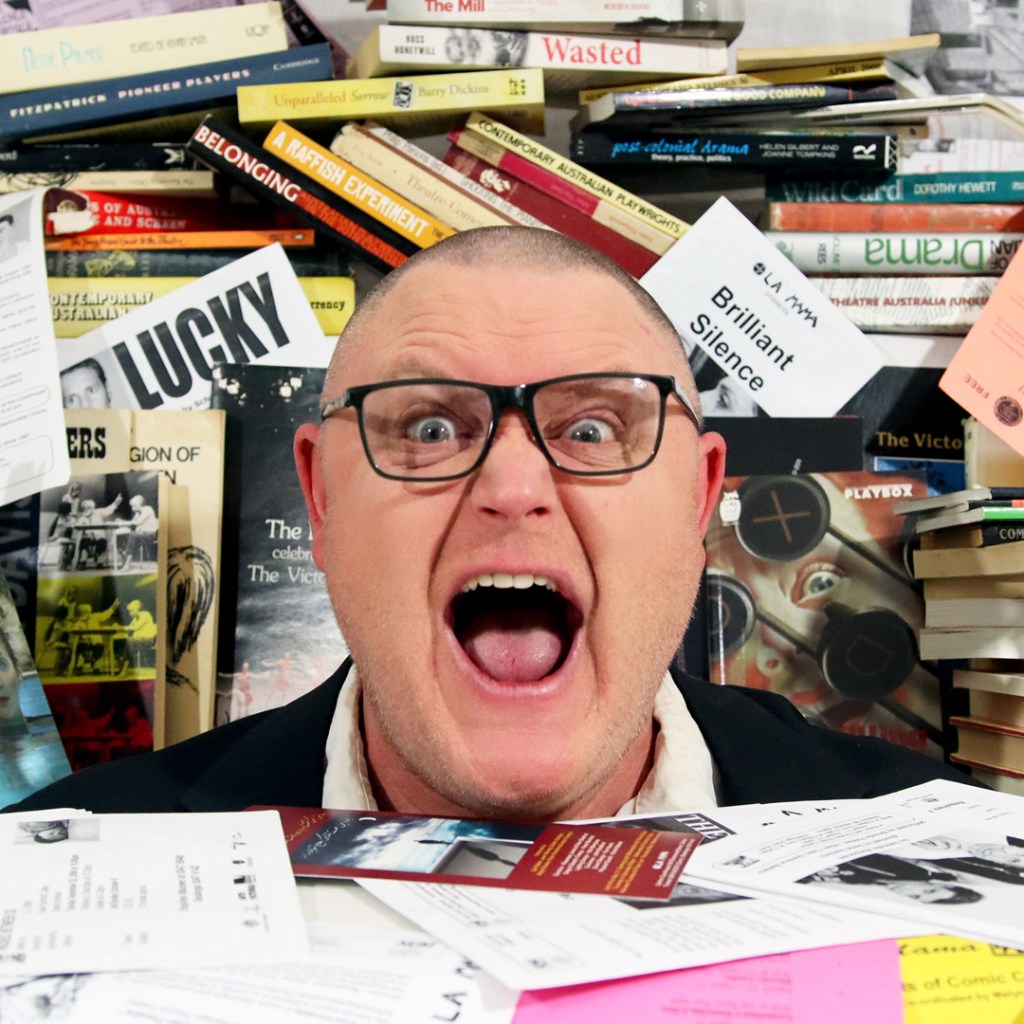 ‘Reid is an engaging actor and there are more than a few places where the script sparkles…’ Photo supplied.

The light on the hill is Rob Reid’s chosen metaphor for An Unforgivably Brief History of Australian Theatre with Dr Rob. An hour-long lecture, it is as dramatic as a full cast musical and full of stories about the Australian stage.

A playwright of Melbourne blockbusters The Joy of Text and On The Production of Monsters, Reid has written and directed and, in this new work, proves themself to be a fine theatre historian capable of original research, surprising insights, and a delivery sure to bring laughter to even the most jaded inner-city theatre-goer.

This is Reid’s history of the theatre but the spiritual struggle at the heart of the narrative is the story of who the theatre is for, and who’s prepared to fight for it. The answers are interesting, and sometimes, delightful.

Reid is an engaging actor and there are more than a few places where the script sparkles, but in many ways the central performance is a feat of animating painstaking research and making history shine. Reid accomplishes this as a researcher and a writer as well as a performer, presenting a story of the birth of national theatre across eras and through generations. Its unifying themes, what Tom Stoppard called ‘insurmountable obstacles on the road to imminent disaster’, encompass stories across class, race, gender, and sometimes even era, in a rich tapestry that makes Australian theatre accessible and inclusive to the lay theatre-goer while providing some gems for the aficionado.

The light on the hill becomes a metaphor for the ways in which Australian theatre has exposed social problems as well as contributing to them, the way in which First Nations People have been used and abused and also allowed unique opportunities, and the way in which women, minorities and venture capitalists alike have tried their hand at creating Australian stories for Australians.

The production also shines a light on the way Australian identity, rightly or wrongly, has been articulated through theatre, from early corroborees to the theatre pub culture and even to famous theatre fires across the nation. Encompassing everything from works by Ray Lawler and David Williamson to a range of suburban experimental theatres, An Unforgivably Brief History looks at Australian theatre from boom to bust to burning, and entertains as well as informs.

The research is impeccable and the timing is crisp. The promise of the show as a touring lecture has great potential as an educational tool or just a charismatic show piece.

An Unforgivably Brief History of Australian Theatre with Dr Rob was performed at La Mama HQ, Carlton from 15-20 February 2022