Complex, insightful and challenging – everything theatre should be.
Ann Foo
[This is archived content and may not display in the originally intended format.] 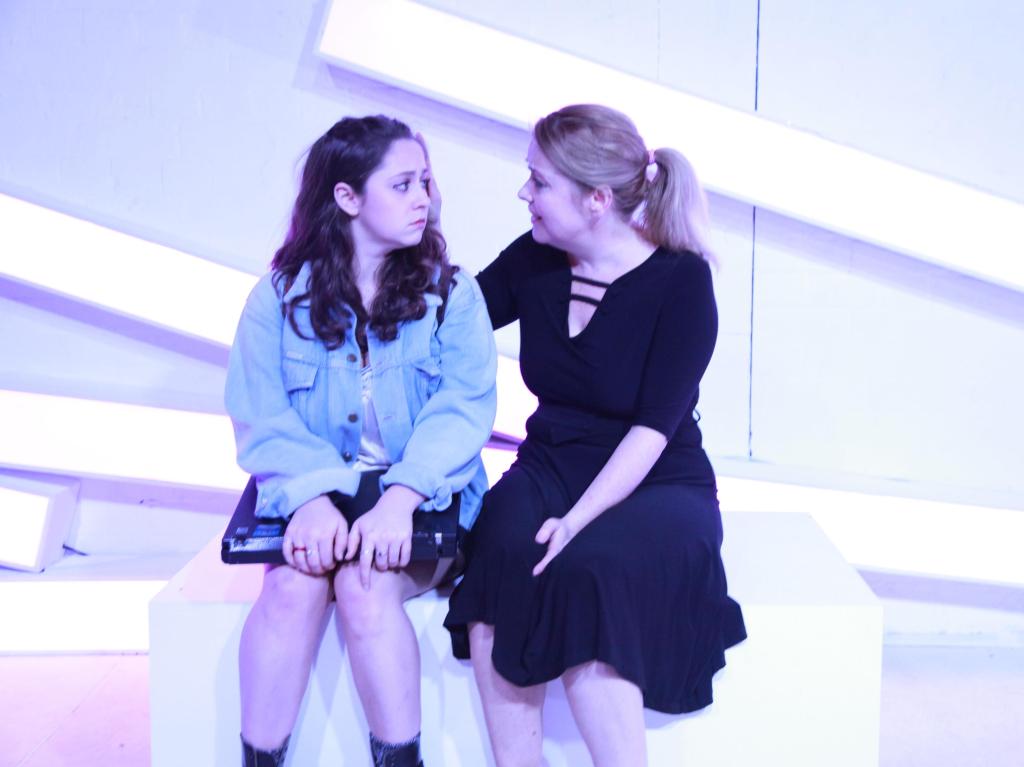 The Internet is the very definition of a free state – an anonymous space open to everyone irrespective of class, gender, sexual orientation or colour. It is in this space that 17 year old Dani (Cecilia Peters), whilst recovering from an eating disorder, forms two unlikely relationships with older men; Lewis (Nicholas Denton), a starry-eyed wanna-be music journalist who lives with his mother, and Tim (Michael Abercromby), a middle-aged pedophile whom Dani has lured by masquerading as a small boy. Dani approaches these relationships with the casual comedy that ridiculous relationships deserve and the jaded insight typical of children of the Internet.

Lucy Prebble’s debut play is brave to say the least. Picking up where Nabokov left off in Lolita, it is one of a handful of narrative works that dares to put a human face on pedophilia. The schizophrenic way with which society and the media deals with pedophilia is no more understood now than it was 11 years ago when The Sugar Syndrome debuted in London. “Everyone tells you to get well but they’re all working to keep you ill.” Here, Tim is speaking of his illness, but the statement is equally applicable to Dani’s. Hence, we are invited to examine our own role in perpetuations of mental illness and addiction.

In The Sugar Syndrome, every relationship challenges traditional power dynamics. In Dani’s relationship with her mother, Dani is very much the switched-on adult whilst her mother lives in child-like denial of her husbands’ philandering. The dynamic between Lewis and Dani pits Dani very clearly as the more sexually experienced and aggressive of the two. In Dani’s relationship with Tim, it is she who plays the Internet predator, masquerading as a boy to lure Tim to a meeting and threatening him with exposure when he refuses to comply. Despite this manipulation, Dani and Tim form a very human relationship, much to the chagrin of the possessive Lewis, who retaliates in the most predictable way. Dani, as the subvertor of many power dichotomies, is both extraordinary and probably more commonplace than we like to believe.

The cast have all done solid work in bringing the complexities of these characters to life with only one or two hiccups. Peters’ energy is impressive, managing to make a manipulative character empathetic and likeable. Her cartoonish performance works ​well in the comic scenes, but jars in darker moments. Denton’s wonderfully physical presence is mesmorising. Abercromby as Tim has the hardest line to walk, and he is largely successful, but perhaps a little too docile. One wonders what a greater range in performance might have added. Set, lighting and costume design are tastefully minimal, a tabula rasa of cyberspace. Perhaps the neon lighting is a little dated, but not obtrusively so.

A note on accents: personally I feel the compulsion to use foreign accents in foreign plays often does more harm than good unless they are impeccable. In this production, the accents are pretty spot on. However, one questions the need to locate a social drama set in cyberspace in its country of origin. The displacement back to Britain alleviates the audience of the knowledge that these events are likely playing out in our own backyards as well as overseas, and hence dissipates some of the relevance of this play.

All in all, The King’s Collective, with limited resources have done impressive work with an impressive play. It is complex, insightful and challenging – everything theatre should be. Clearly, the creators understand the subject matter and can do justice to it – the next step is to push the subject matter further than the writing allows, and although this hasn’t quite been achieved here, all signs indicate they are capable of this in the future.