Betty Churcher’s gift from the grave is an exquisite postscript to her life’s work. Every art lover will want a copy.
Deborah Stone
[This is archived content and may not display in the originally intended format.] 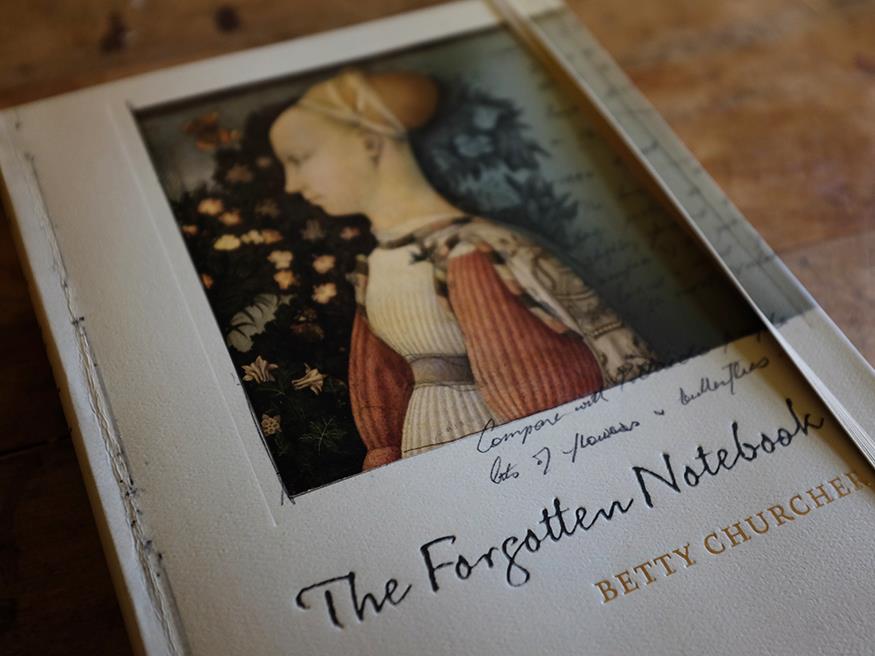 With the death of Betty Churcher earlier this year the Australian art world lost one of its best-loved elders. The former director of the National Gallery of Australia – and before that the Art Gallery of Western Australia – Churcher brought a fine eye and significant insight to art and was a key figure in making Australian art more accessible to audiences, not only as a curator but also as a writer, critic, television presenter and cultural commentator.

In the last years of her life, Melbourne University’s Miegunyah Press hit on the brilliant idea of publishing her notebooks as gorgeously presented art volumes, a combination of glossy colour plates, detail sketches and short thoughtful essays.

These are the sort of books you want to own, touch, smell and drink in with your whole being, the kind of books that make you revise any thoughts that you own enough books or that you can get the same experience on your tablet.

The first volume Notebooks , published in 2011, was a tour through Churcher’s personal favourites – European classics including works by Rembrandt, Goya, Manet, Velazquez, Courbet, Vermeer and Cezanne.

The surprise and delight for readers (and for Churcher herself) was that there was more to come. The Forgotten Notebook, published posthumously this month, is based on sketches Churcher made when on leave in Europe during her time as director of the National Gallery. In her introduction she explains that she found the book when looking for an old diary in order to prove she was in Italy and defend herself from an unfounded 20 year old allegation. As she writes, it is an ill wind that blows no good. Locating the diary, she found these sketches and turned them in to a volume of insights into fine works from the Italian Renaissance through to 19th Century France.

Although Churcher was herself also a painter, what is exceptional about these books is not so much the quality of the sketches as the way they direct the eye, making these books truly the work of a curator and educator.

Looking at Piero Della Francesca’s Brera Madonna, a large altar piece containing a dozen figures, a Madonna and child and a striking egg pendant, Churcher sketches not only the oval of the Madonna’s face and the echoing egg but also the way the feet of one of the ‘extras’ grip the ground.Observing Poussin’s Extreme Unction, a crowd scene focused on the face of the dying man, she directs our eye to the way a servant’s hand reaches for holy oil at the edge of the group.

She makes the viewer look and in doing so understand: bring to bear the full, dual meaning of apprehending.

The little sketches are commentary on large glossy plates and the choosing of these is also exceptional. Each artist is introduced in a double page plate devoted not to the whole work but to a well-chosen detail, again directing our eye and our attention.

In subsequent pages, the full work under discussion is ​presented – sometimes with related works or additional detail plates. The surrounding commentary gives not only the academic depth of the historian but also the personal fascinations of the informed viewer.

All this is wrapped in a lovely contemporary design with a soft, leather-like cover,  journal style markings, embossed title and a elastic bind that make you feel like you are holding a precious notebook.  It is a beautiful package: the lovely book as object is a tribute to its fine contents.

The Forgotten Notebook has been published cleverly in time for the Christmas market. I predict it will do very well.  Priced under $50, it is a perfect gift for both coffee table browsers and more serious art lovers and, if you don’t receive it from someone else, you will want to gift it to yourself.