A fast-paced experience that puts you into the Hollywood movie.
Saman Shad 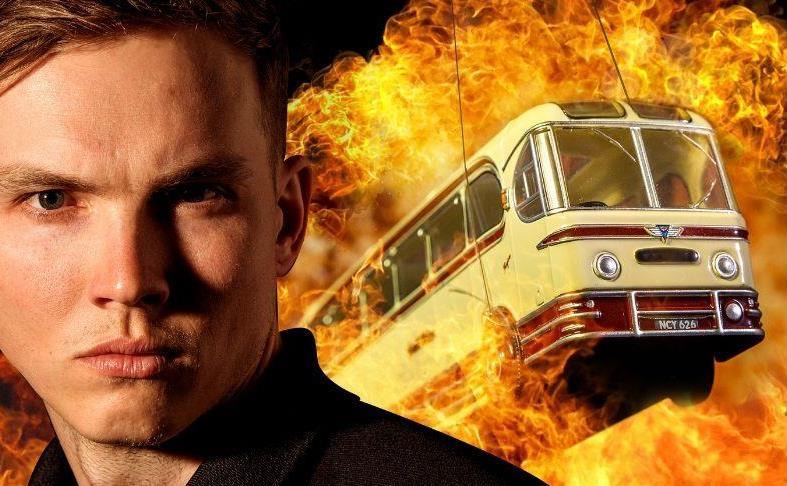 ‘This is the third time I’m seeing this play,’ a lady tells us before Speed: The Movie, The Play is about to start, which is saying a lot considering the show has only been on for two days. We, the busload of audience members who are standing in the middle of The Rocks on a still Sunday night, shuffle our feet a little uncomfortably. None of us know what’s to come.

‘Just wait, you’re in for a lot of fun,’ the lady continues, perhaps trying to put our minds at ease as we are crammed into a lift that is the venue for the start of the show.

We are very quickly transported into another realm, getting close and personal with strangers who stand shoulder-to-shoulder beside one another, sealed in by a dark curtain. Before we know what’s happening, the show begins with a bang – well, really just a pop – as the elevator is sent towards its inevitable demise. We are quickly then hustled onto the bus where the real action takes place.

If you’ve watched Speed the movie, you will be aware of the plot. But as a passenger on the bus in this play, you are now part of the action. A lot of silliness ensues; big laughs are had. There are flying palm trees outside the bus and exploding body parts flying in through the windows. There is also a great deal of audience participation – especially if you’re chosen to be the Sandra Bullock character, as one of the audience members was. Go with an open mind and be prepared to jump into character when you are asked to by one of the cast members.

Our lead, Keanu, is very much from the Bill & Ted era, though I don’t know what today’s John Wick-era Keanu would think about that. I’d assume he’d laugh along like the rest of us.

Created by Brisbane-based theatre group Act/React, the show has been performed by the company since 2015, which means there is probably little in terms of the audience participation that surprises them. On the night we went, everyone played along as expected.

It’s a fast-paced and decidedly lo-fi show, which adds to the charm of it. With only 40 tickets per performance, sessions are selling out quick. So grab a ride on the bus before it, along with Keanu, takes off for good. I probably won’t go three times but I’m glad I caught it at least once.

Saman Shad is a writer of plays, film, and prose. She has been a writer-in-residence at the Hampstead Theatre and the Soho Theatre and has had her work read in theatres across London. Her play, The Second Son, was performed in Melbourne, and she has received development funding from Screen Australia for her screenplay, One of Us. She has created radio programs for the ABC and used to be a scriptwriter for the BBC. She is also a journalist and writes for The Guardian, Sydney Morning Herald, SBS and other publications.