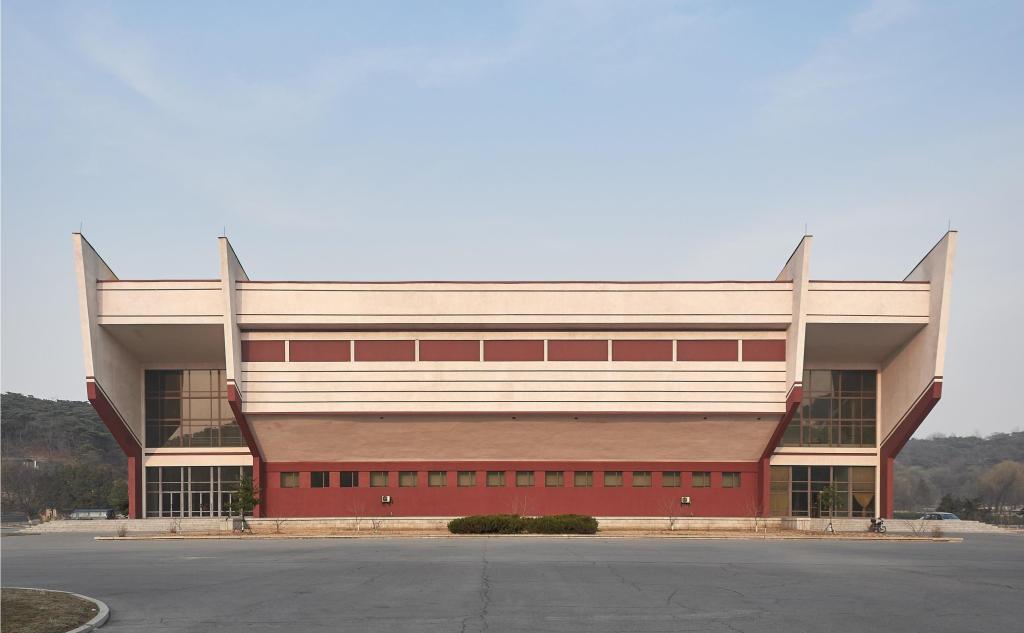 North Korea remains something of an enigma for most of the western world. Tantalised by the appeal of such an intriguing country, it was with voyeuristic curiosity that I ventured to the opening exhibition of Nicole Reed’s photography exhibition at the Australian National University’s impressive Kambri Cultural Centre. Wandering through the wide boulevards of the recently redesigned Union Court precinct, I arrived at the exhibition hoping for a glimpse into the most closed country in the world.

Reading the synopsis of the exhibition and realizing that the photographer had been officially commissioned to visit North Korea, I realized that the exhibition was more likely to be a sanitized snapshot of scenes from the capital rather than the morbid evocations of torture camps and gulags which I more readily associate with North Korea. Regardless of the obvious realisation that I was probably viewing stereotypical propaganda shots, I was nonetheless taken aback by the starkness of the imagery.

Capturing the architecture of each location in perfect symmetry, Scenes from the People’s Paradise – Pyongyang belies the irony that its title suggests to present a complacent, albeit sterile representation of the city. The subjects of Pyongyang are relegated to the odd jogger or passer-by, almost appearing as trespassers themselves upon the Communist era structures that are the true focal point of the pieces. The comparatively populated metro scenes also appear to foreground the ornately designed edifices, highlighting the prominence of the state over the lives of the capital’s inhabitants.

Remarking upon her surprise at the range of colours throughout the city, the photographer acknowledges the disconnect between the futuristic Soviet-era buildings and the highlight of her time in North Korea, which was getting to know the local people. The pictures of the city tell one story – that of grandeur and excess – but hinting at the underlying impossibility of perfection for those that live that life. Given the limited information available about day-to-day life for North Koreans, it would be inconceivable to expect that these photographs can capture that reality.

Regardless, the exhibition is impressive merely for allowing the opportunity to present such streetscapes from the North. As I stepped out of the gallery back into the immaculately manicured walkway of ANU’s main thoroughfare, residing under the stern watch of Telstra’s TV Tower, I couldn’t help but wonder at the similarities between some of lines of architecture. As with all constructs, the buildings are designed to present a façade. In North Korea’s case, the façade may not be completely successful in suggesting something less sinister. Maybe the same could be said of structures closer to home.