The reopened Bathurst Regional Art Gallery celebrates the astonishing portraits and still lifes of this Hill End-based artist.
Suzie Gibson
[This is archived content and may not display in the originally intended format.] 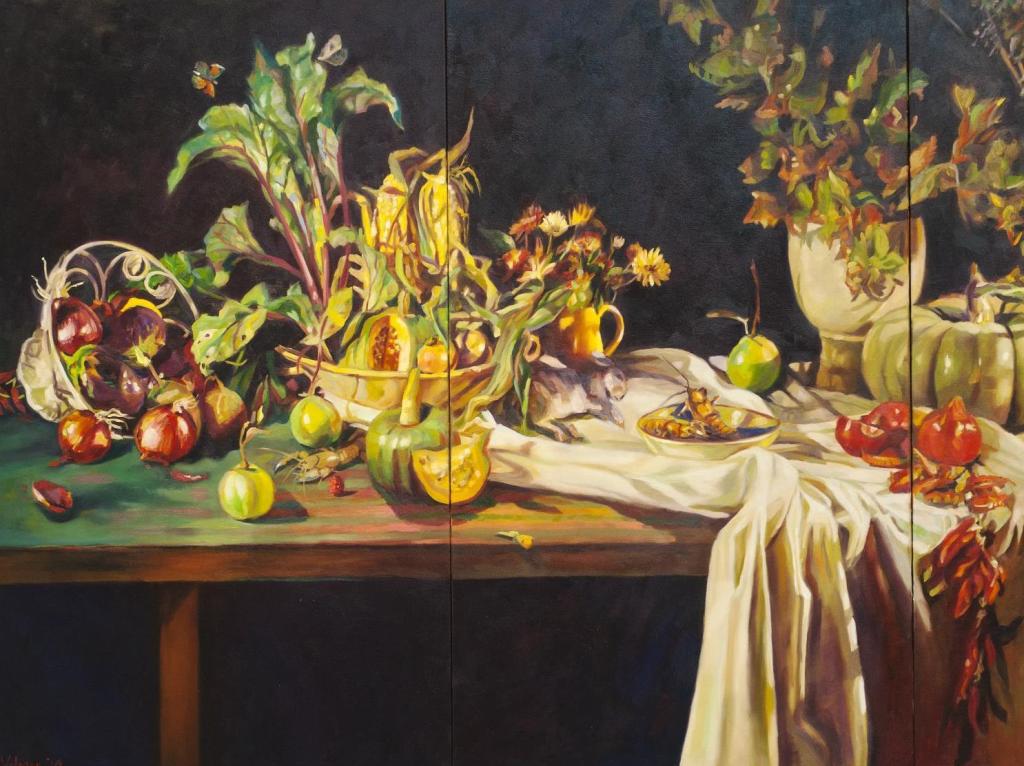 The long awaited re-opening of Bathurst Regional Art Gallery on 1 April (it was closed for an upgrade funded by the Local Council, Arts NSW, and the Regional Gallery Society) welcomed patrons and guests alike with a generous pictorial feast.

The works of Hill End artists were displayed, with Rosemary Valadon’s astonishing portraits and still lifes especially notable. Writer and model Tara Moss was the guest speaker and she described Valadon’s work as ‘genius’ in being equal to any of the great masters of painting, who all happen to be men.

Indeed, the extraordinary skill with which Valadon renders her subject matter is a marvel to behold. The title of her exhibition, A Sensual World, captures the brilliance of colour schemes that deliberately clash in placing blue against orange, yellow against purple and red against green. Such vibrancy tricks the eye into making her figures look as if they’re jumping out of the canvas into the world of flesh and blood.

Spectators are drawn into the warm and inviting spheres of Valadon’s flowers, teacups, vegetables and fruits. Such objects make up landscapes usually depicted in still life paintings but Valadon will have none of this in believing that all of her subjects are portraits whether they be of the garden, plant, or vegetable variety.

One from this series titled Schooled to Kill (2012) features the gorgeous Tara Moss adopting a Lauren Bacall-like pose that resonates with film noir cinema. She is pointing a gun at a man who is only partially seen in shadow. Her real weapon though is not her gun but her devastating sexuality: stunning, courageous, and deadly.

Going against the grain of traditional forms of representation, Valadon gives her female subjects power. This is well illustrated through her portraits where the eyes of her female characters are not turned away coquettishly but rather return the spectator’s gaze with an attitude of freedom and confidence.

Valadon’s artistic inspiration is unapologetically feminine in capturing the many complex shades of a woman’s identity, and is resoundingly magnificent.

This exhibition is a not to be missed.