Celia Pacquola stars in this celebrated yet rarely performed Australian award winner of yesteryear.
Victoria Wyatt
[This is archived content and may not display in the originally intended format.] 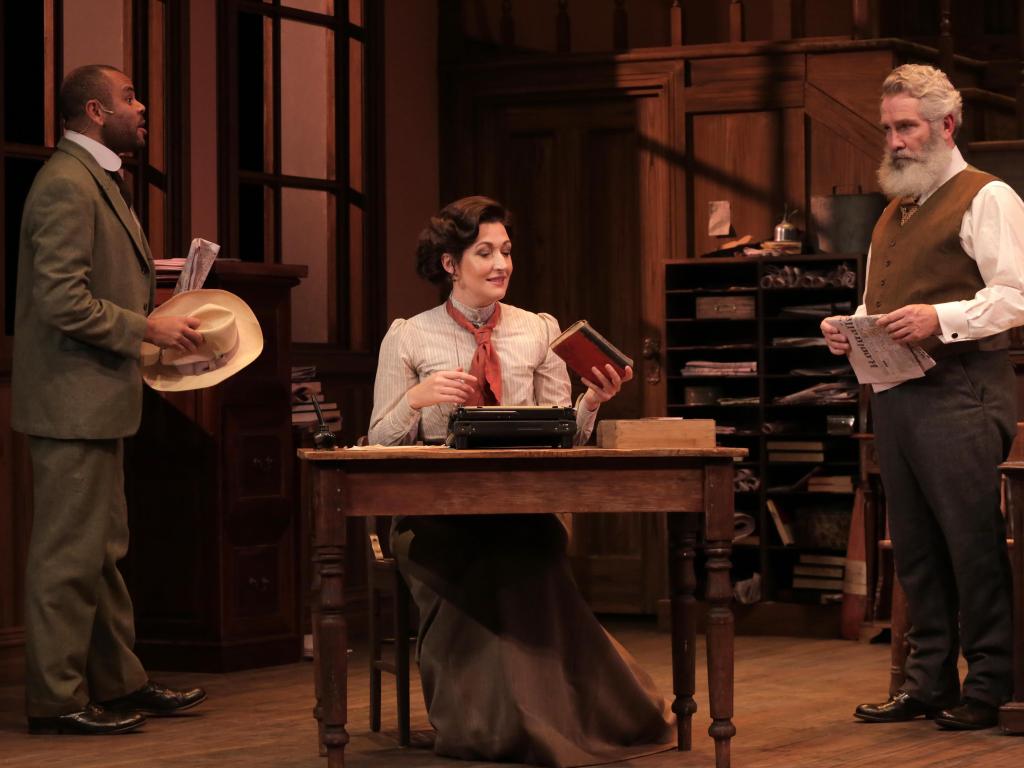 Koolgalla is a town on the cusp of change. The gold rush is ending and thinking beyond the status quo is the only way to keep the town afloat. A Black Swan and Sydney Theatre Company co-production, The Torrents revives a seemingly celebrated yet rarely performed Australian award winner of yesteryear.

As an introduction to the evening, well loved comic Celia Pacquola welcomes the audience and briefs them about the playwright and the play’s context. She hails this season as the ‘World Premiere,’ as The Torrents has only ever been shown previously in Adelaide in 1996, and let’s be fair, no doubt the same joke will be made about Perth in the play’s next season at Sydney Opera House.

To be honest I thought this was a nice start to the evening, a bit of light-hearted banter and a shared giggle with the masses, but perhaps counterproductive. It made Pacquola’s transition to character a little awkward and put a crack in the fourth wall that, for me, gave the joyful journey into the world of live theatre a stuttered start.

Oriel Gray was a much-lauded Australian playwright who produced more than 14 theatre scripts between 1943 and 1960. Influenced by her time in 1940’s Kalgoorlie, The Torrents is a local period piece full of big ideas and eccentric characters. Written in 1955, yet set in the late 1890s, its quick-witted pace is reminiscent of the works of Noël Coward, Oscar Wilde and George Bernard Shaw; plays keenly aware of class structure and featuring jocular interplay between characters and stereotypes.

Jenny Milford (Pacquola ) is beginning a new job in a new town at the local paper. Her colleagues are looking forward to welcoming the newcomer, until they realise that journalist J.G. Milford wears a skirt, has a mind of her own, and a manner to which their small town minds are unaccustomed. Chaos ensues.

Renee Mulder’s set and costumes are the jewels in this dusty crown, and the attention to detail and craftsmanship is next level compared to usual local offerings. Perhaps thanks to Sydney Theatre Company’s involvement, the revolving stage used so often by Black Swan has been relegated to the storeroom and in its place is an elegant multi-leveled masterpiece that allows the story to unfold unencumbered. Costumes have been tailored and fitted close enough to withstand front row scrutiny and for that too Mulder should be applauded, as minutiae matters!

The cast is a veritable who’s who of Australian theatre. Steve Rogers as the astute but somewhat sleazy billionaire Mr Manson gave an energetic performance, exuding the sense of a big, self-made man used to getting his own way. Tony Cogin’s portrayal of the Argus owner is strong, easily believable as a man grappling with the inevitable changes in his town and workplace. Rob Johnson as young buck Bernie and Geoff Kelso as old timer Christy both adeptly played animated foils to the serious issues bouncing around the office. Celia Pacquola was, well… Celia Pacquola. Her character needed weight and history and complexity in her ongoing struggle as a pioneering women in a man’s world, but instead she seemed sure her destiny was in the bag and projected a gentle cuteness and cheekiness that that was entertaining but not insightful.

The play deals with issues that belie its vintage, and for the most part does so well, with moments of tension and relief that kept the audience engaged and entertained. However, the ability of the play to develop a greater intensity was hampered by the split between two issues presented, namely the gender divide and a town struggling with its future. Also, at 70 minutes long, the development and intricacies of characters and issues discussed was somewhat summarised, which was disappointing. The Torrents is an interesting and enjoyable production but it lacks that something extra required to be a truly memorable piece. There is never a true sense of struggle, merely a tip of the hat(s) and a nod to the idea of difficulty and unwelcome change.