Review: The Flick at the Seymour Centre

This play is a masterclass in how to pace a drama. Outhouse Theatre’s adaptation of Annie Baker’s The Flick is one of the must-see plays of the year.
Glen Falkenstein
[This is archived content and may not display in the originally intended format.] 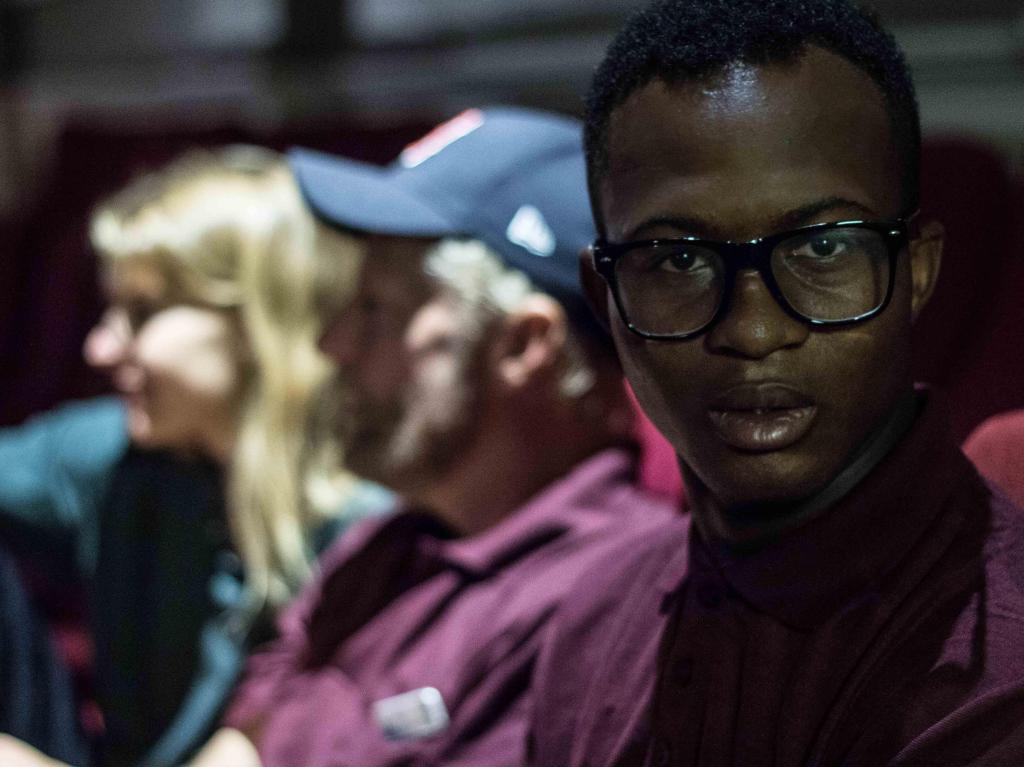 Image of The Flick via Seymour Centre. Supplied.

Opening on a cinema flooded with the closing credits of a film, a near mirror reflection of the Seymour Centre’s own Reginald Theatre, two employees glacially scour the isles for popcorn and choc-tops.

Counter-intuitively, one of the most captivating segments of the piece was several minutes of silence which set the tone beautifully for the machinations between the two employees (one of whom we find out is new on the scene) and the theatre’s projectionist who sits high above.

This is not the first time Outhouse have adapted Baker’s work, with Director Craig Baldwin too having staged The Aliens at The Old Fitz in 2015. The Flick, a Pulitzer Prize winning play, improves dramatically on Baker’s signature haunting silences and finite focus on a trio of well-drawn characters. This production conversely ditches the monologues for an extended collage of interactions, foibles, flaws and fascinating dynamics.

What is nonetheless a tad lengthy and explicated at times, clocking in at three hours due to a supremely patient focus on one vignette after another, still has you wanting to know more about these characters by the end.

Justin Amankwah (enormous credit to this performer’s stage debut) is a duly sympathetic, at times challenging figure to engage with and from whom you won’t want to turn away.

The character’s, and for that matter the creators’, own evident knowledge and love of cinema, elaborated on throughout the play, is a special treat for film buffs that will no doubt be reflected in many of this production’s patrons.

Mia Lethbridge and Jeremy Waters, the latter a veteran of The Aliens and evoking a figure all too relatable and pathos-ridden, are similarly involving in their respective roles. Lethbridge, who maintains a strong stage presence even when she is not the main fixture, manages both the play’s subdued and tenser moments with deft capability.

The excellent set design underlines with some nuance how much each character’s travails and the film/theatre-going experience more generally are reflections of our own. This aspect of the staging errs slightly by removing the audience’s field of vision during the few sequences that transpire in the heights of the projection room. Largely shielded from view, a greater insight into the key moments which elapse here would not have gone amiss.

A superbly crafted piece of theatre that will get under your skin, The Flick is one to catch.