As the headline act for Charles Sturt University’s annual "Sprung Festival" – a two-week theatrical event – Schapelle, Schapelle is a sensation.
Suzie Gibson
[This is archived content and may not display in the originally intended format.] 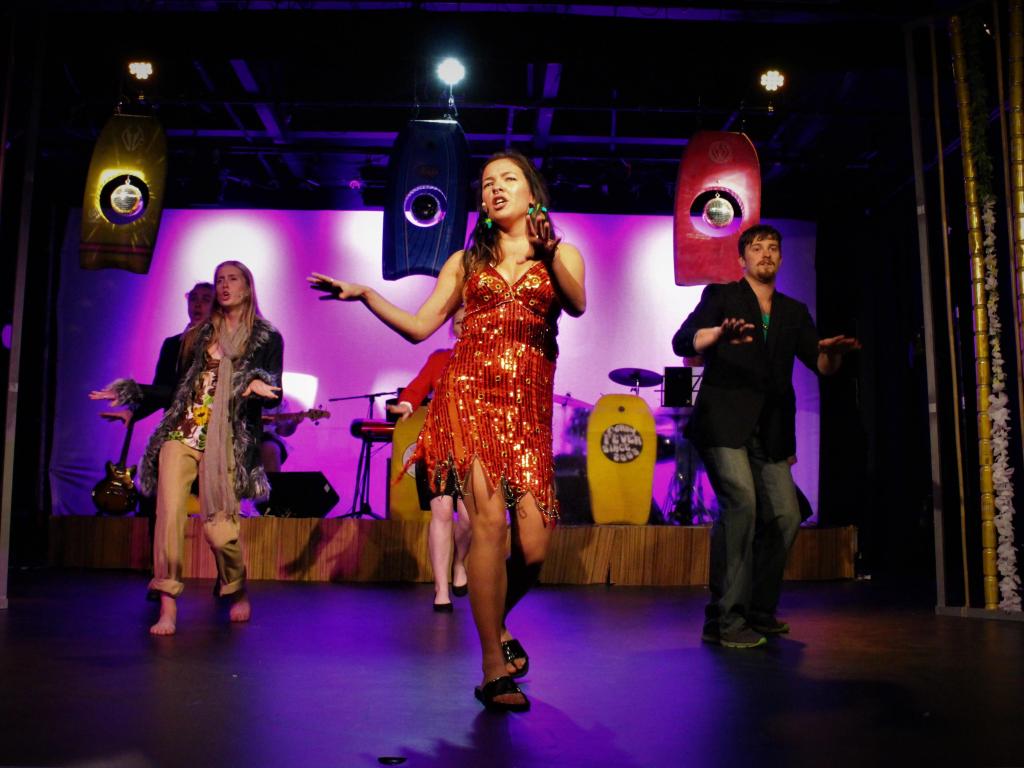 This musical comedy about Schapelle Corby’s infamous Bali drug bust and subsequent 20-year prison term (that was eventually reduced to 9-years) provides a hilarious take on her family and the media frenzy that surrounded her.

This is not the first time that Corby’s life has been turned into a musical comedy. In 2014, the University of Sydney Union hosted Schapelle! The Musical. One might assume that this earlier production, staged at a sandstone institution, would overshadow any subsequent effort to cover the same terrain. But Charles Sturt’s Theatre/Media teachers and students have yet again proven that regional universities are centres of equally great talent, innovation and creativity.

Schapelle, Schapelle (the title evokes the fictional film Rochelle, Rochelle, a running gag in the 1990s TV series Seinfeld) is an inventive and extremely witty production that showcases the skills of numerous musicians, lyricists, singers, dancers, writers and actors.

Also adorning the stage are kitsch Hawaiian tassels juxtaposed against fake bamboo. The beaches of Bali and Queensland are channelled through these decorative touches which transport the audience into subtropical environments. Indeed, what really elevates this musical comedy is its utterly ‘troppo’ humour.

Lead Performer Mitch Lourigan is someone to watch. His acute sense of comic timing and ability to change into a series of characters – from Corby’s father to a random crooner, a cheesy journalist and, finally, assuming the identity of the Bali 9’s Renae Lawrence – is no easy feat yet he makes it seem effortless.

Riley Holland, who plays Schapelle’s brother Mick, is another rising talent who proudly announces himself as a tattooed Brisbane Broncos supporter. His sister Mercedes Corby (Emily Waterson) is another comic standout whose facial expressions and vocal abilities push the boundaries of even this edgy comedy.

Schapelle’s mother, Roseleigh Rose, played by Hannah Armstrong, is yet another performer to follow. Her hilarious obsession with making an ‘upside down pineapple’ cake is evocative of another influential Queensland matriarch, Flo Bjelke Petersen, who was famed for her pumpkin scones. And then there’s the titular heroine Schapelle, the only ‘straight’ character in the mix. This is a difficult role to pull off and yet Sonia Dodd does it perfectly.

The scriptwriting and lyrics by Gareth Thompson, Jack Dodds and Mitch Lourigan cleverly nail down archetypal Australian types such as the ocker and the bogan. In this very intelligent production, we are also prompted to consider powerful media forces that have played a large role in shaping our perception of Schapelle and her family. Here I must mention the ensemble journalists – Greygryn Holgate-Gorton, Barnaby Donaghy and Lewis Mitchell – who adopt various media roles and characters throughout.  Their contribution is outstanding.

This production is extraordinarily clever, insightful and funny. It has pace and energy that captivates well after the final bows and applause.  Shapelle Shapelle is not to be missed!