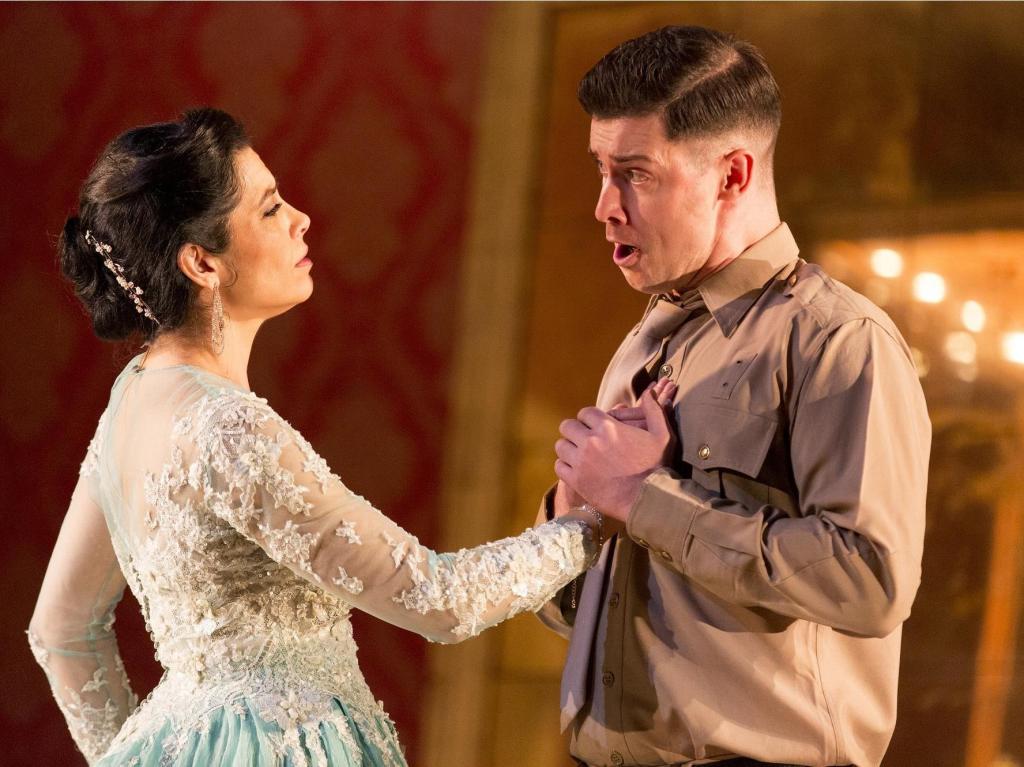 The latest rare jewel presented to us by Pinchgut Opera is Hasse’s Artaserse. This opera has a somewhat unbelievable plot but Pinchgut Opera’s version was exquisitely sung and musically superb. Sydney is privileged to see the opera performed in its second, 1740 Dresden version, and from the program we learn that it’s the very first time that it’s been recorded, performed or staged since its premiere.

Erin Helyard led the Orchestra of the Antipodes. He conducted elegantly and gracefully from his harpsichord.

Hasse’s Artaserse, is based on Metastasio’s much adapted libretto. The opera is complicated and confusing on paper but easily understandable on stage. The plot is basically as follows: King Xerxes of Persia has exiled our leading man, commoner Arbace, for daring to court his daughter, Mandane. Arbace’s father, the power hungry Artabano, engineers a coup, assassinates Xerxes and convinces his heir, Artaserse, that his brother Darius is responsible. Darius is promptly executed, and Arbace accused of the murder as he is found with the weapon that Artabano had given him to hide. Much of the conflict thus revolves around whether Arbace is guilty or not. Mandane is torn between loyalty to Arbace and her family while Artabano’s growing remorse at his own actions hits a crescendo. There’s also the subplot as Arbace’s sister, Semira, is forced in to an arranged marriage with the villain Megabise, in order to ensure his loyalty in the behind the scenes machinations at court.

A striking feature of this production is that it requires three, yes three, counter tenors. However Hasse’s music, while gloriously fluid and lush – full of da capo arias – was at times, especially in the first half, rather formulaic and repetitive. Also, and especially in the first half, the emotions were, perhaps, rather woodenly presented but this did change in the second half.

The set – a contemporary design of a room in the castle, evoking the shattered empire – was brilliantly devised by Charles Davis. A portrait of Xerxes is prominently displayed. A crashed chandelier (yes, it was very reminiscent of Phantom of the Opera) is a major feature. But what struck me was, why wheel in the crown jewels in a huge display case and later use the same display case for the entrance of Artaserse (tenor Andrew Goodwin) as King?

Davis’ costumes are contemporary, with military uniforms and some stunning dresses (one outfit was Evita-like for Mandane, and a Chanel suit for Samira).

Chas Rader-Shieber’s staging of this rather obscure, complicated and tricky opera focused on the voice and music and was at times rather static.

Our hero Arbace was sung most impressively by David Hansen, his voice lush and smoothly rounded yet exact and precise in difficult agile passages. His renditions of Fra cento affani and Parto qual pastorello were virtuosic and outstanding.

Artaserse, strongly sung by Andrew Goodwin, was impressively dressed in full posh court evening gear with medals, various Orders and a blue sash. He paid great attention to the text and sang with lyrical musicality in a magnificent clear, impressive voice and handled the coloratura terrifically.

Semira the beautiful and blonde sister to Arbace, and in love with Artaserse, was exquisitely and smoothly sung by Emily Edmonds.

Megabise, the villain of the piece – rather slimy and creepy – who claimed to be hopelessly in love with Samira, was wonderfully sharp yet silkily and spikily sung by Russell Harcourt.

Arbace’s power-hungry father, deceitful Artabano, who colludes in framing his own son to further his political ambitions, was excellently sung by Carlo Vistoli in a fine and polished voice. His remorseful aria Pallide il sole was finely nuanced and with a fluid, focused tone.

While perhaps the production is a little uneven, aloof and formal, it allowed the wonders of superb Baroque singing to be showcased. This is a rare chance to see this Baroque opera.