Intelligent, beautiful singing and playing from masters of their craft, Nicole Car, Étienne Dupuis and Jayson Gillham.
Suzannah Conway
[This is archived content and may not display in the originally intended format.] 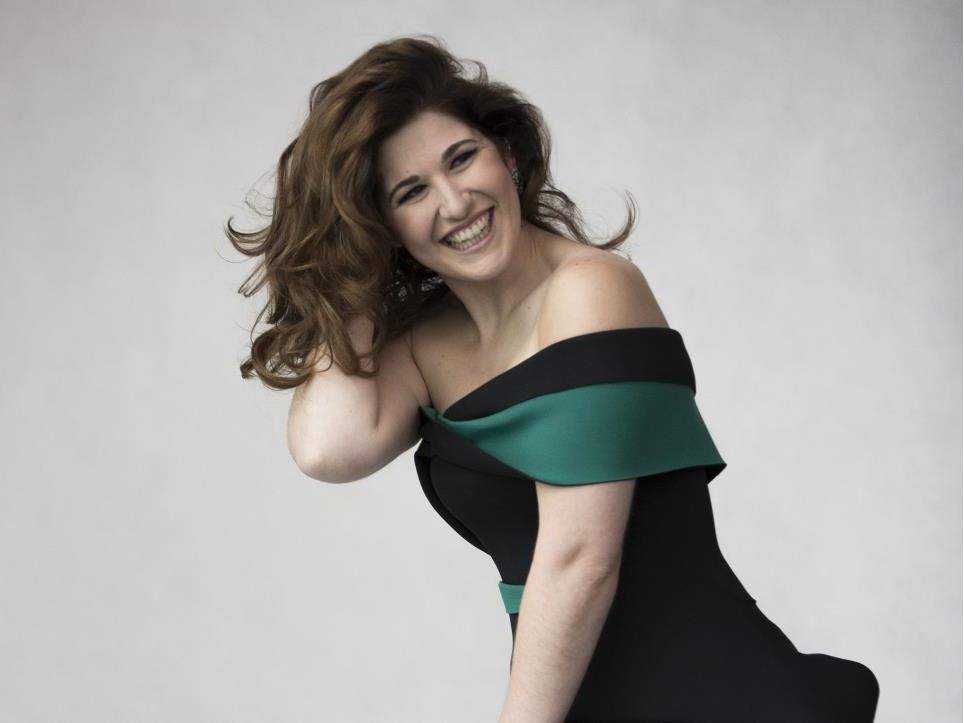 Australian-born international opera soprano, Nicole Car, has returned to Australia with her French-Canadian husband, Étienne Dupuis, to present a small recital tour of mostly French songs including arias from French and Italian opera. They are accompanied by distinguished pianist, Jayson Gillham, who is also making his name on the world stage.

For the QPAC performance, there were a number of last-minute changes to the program on the day. However, the changes were welcome as they offered more opera pieces than in the printed program, including a splendid opera duet which allowed us to hear their voices in a completely different and dramatic way.

Car presented a range of French songs in the first half that were both delicate and exquisitely sung, mostly centred around love and death themes and imparting a strong sense of longing. She commenced with Duparc’s L’invitation au voyage, her rich, warm soprano expressive in setting both the mood and tone of the piece and the recital program as a whole. Set to a poem by Armand Silvestre, Fauré’s Automne offered strong dramatic moments with gorgeous pianissimo, when she reflected on the loss of love. Massenet’s lovely Élégie showed off her glorious top notes although one felt that her diction, exemplary for the most part, suffered during this work. A beautiful creamy legato and strong attention to the text featured in Hahn’s delightful L’heure exquise.

Dupuis chose a palette of French songs that worked well for his luxurious lyric baritone. He commenced with Duparc’s Chanson triste – a sad love song as the name suggests – where he offered emotional intensity in a restrained rendition. It was followed by Le manoir de Rosamonde, a more robust, dramatic song about lost love that he clearly relished and which suited his not inconsiderable instrument. Chansons du pêcheurs by Fauré was agonisingly lovely with excellent diction. He left the best to last in the first half, finishing with totally assured intonation in Hahn’s L’Énamourée, his interpretation conveying tenderness and dignity in equal measure.

Closing the first half was a duet of a newly commissioned piece by American-born Australian-based composer Kevin March entitled La Noche Oscura. Based on the poem of the same name by a Carmelite friar San Juan de la Cruz, the story tells of a secret meeting of lovers, at first sung in French (Dupuis) and English (Car) and finishing with both artists singing together in Spanish. This was exciting, robust music, utilising both artists’ technical and dramatic skills well. Hearing them sing together was also a pleasure, as their respective voices blended beautifully.

Jayson Gillham accompanied throughout the program with skill and panache, bringing exacting phrasing and a sensitive interpretation to the French songs in particular, and great power and authority in the opera arias. His solo pieces consisted of Poulenc’s Mélancolie, gentle lyrical music played with tenderness and a lightness that belied the hidden depth and strength of the composition. His arpeggios were stunning. In the second half, Grandados’ The Lover and the Nightingale was very fine indeed; his ability to hold the notes just a fraction too long was breathtaking. This was intelligent and considered playing of the finest calibre.

In the second half, Car commenced with two songs by Massenet (Nuit d’Espagne) and Delibes (Les filles de Cadix). The first, a breezy Spanish-flavoured work, was frivolous and fun. The second was a flirtatious song that showed off her coloratura and some marvellous top notes. Meanwhile, Dupuis sang what may well be a party piece, Ravel’s Trois Chansons de Don Quichotte a Dulcinée, three gorgeous little ditties allowing him to offer an alternative emphasis on comic humour and timing. The final drinking song with slurred drunk diction was particularly well done.

The opera arias presented were overwhelmingly the most popular pieces with the audience, demonstrating why both singers are in such demand around the world. Car sang Marguerite’s spinning aria, Ils ne revient pas from Gounod’s Faust, in which she realises her lover will never return, with passionate intensity, bringing out all the drama and anguish with delicious vocal colours. In the second half, she sang Elisabetta’s famous final aria from Verdi’s Don Carlo, Tu che le vanita. Beautifully paced, Car managed this dramatic soprano aria with an intelligent interpretation and terrific power in her top register. Dupuis also sang from Don Carlo the Posa’s aria, Per me giunto, his burnished baritone establishing the anguish of the character in dark lower notes, in equal measure to marvellous soaring top notes of exhilaration.

A highlight of the concert was the duet from La Traviata, Dite all giovine, where Père Germont meets Violetta, one of the most beautiful and moving sections of the opera. Both Car and Dupuis were splendid in these roles and in their dramatic interactions with each other. Spell-binding singing from both, excellent intonation, crystal-clear story-telling and highly charged drama made for a clear understanding of the power of their individual voices and their exceptional operatic talent.

For encores they produced a fine rendition of the duet from de Curtis, Non ti scordar di me, which was followed by a schmaltzy but very well-received Waltz from Lehár’s the Merry Widow to end on a lighter and welcome note. It would be a pleasure to see them back in Australia soon, hopefully to perform opera together, which would be a highly anticipated event.