The newest production of the world-wide musical sensation Mamma Mia has landed in Adelaide after a year long tour around Australia.
David Finch 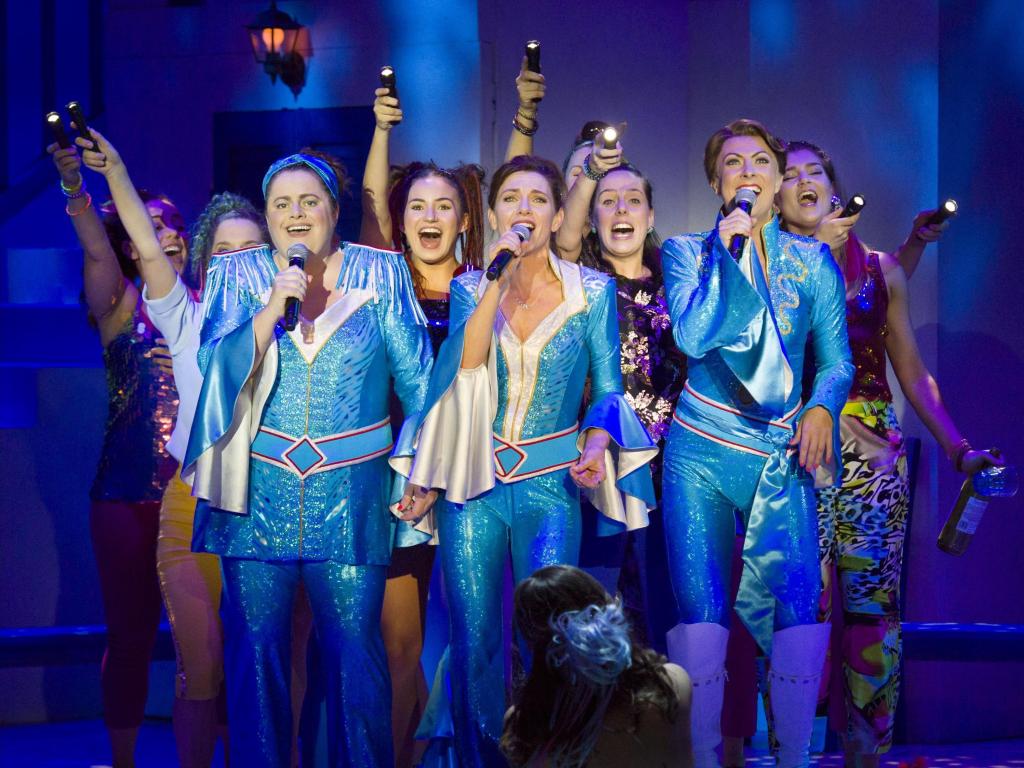 Gary Young’s all-new production is the third Australian tour of the jukebox musical and it arrives in Adelaide only months after the release of the second of the two highly successful films spawned by the musical; 2018 has been a good year for ABBA tragics.

Written by British playwright Catherine Johnson Mamma Mia weaves 22 of the songs composed by Benny Andersson and Björn Ulvaeus into a rather silly plot and a very enjoyable musical.

Donna (Natalie O’Donnell) runs a hotel on a small Greek island. Her young daughter Sophie (Sarah Morrison) is getting married to a guy named, oddly, Sky (Stephen Mahy) and she wants her father to walk her down the aisle. The only problem is that she has never been told the identity of her father; luckily Sophie has found her mother’s diary which reveals that there are three candidates, all of whom Sophie invites to the wedding.  This news doesn’t impress her mother Donna who is consoled by two old friends, the glamorous oft-married Tanya (Jayde Westaby) and the dumpy, unlucky-in-love Rosie (Alicia Gardiner), who have flown in for the wedding. When the fathers arrive chaos ensues as Harry (Phillip Lowe), Bill (Josef Ber) and Sam (Ian Stenlake) become aware of the reason for their invite to the wedding.

It is a silly, paper-thin plot with a contrived, unconvincing ending. However, with a joyous over-the-top jukebox musical such as Mamma Mia the simple fact is that if you like ABBA’s music and you are in the mood for fun then you will be uplifted by the rhythmic joy that the music is capable of delivering, and the thin characterisations and the facile plot will long be forgotten. ABBA’s song ‘Thank You For The Music’, which features in the musical, could never be more apt.

While the cast is uniformly good Ian Stenlake as Sam and Jayde Westaby as Tanya are the stand-outs. Stenlake rises above the facile plot and hammy lyrics to deliver an acting and singing performance that is as heartfelt and credible as it is skilled. Westaby makes the most of her character’s scene-stealing moments and provides the highlight of the evening performing a high-octane and highly-sexed version of ‘Does Your Mother Know’ with Sam Hooper.

Because the music is so important to the success of the show, commendation must be given to musical director Michael Azzopardi and his excellent house band which includes the always superb Matthew Carey.

The cast of Mamma Mia. Photo by James Morgan.

It is worth mentioning that because the characters are mainly English the Australian performers are required to adopt English accents which they do with varying levels of success; some performers, including leads, seemed to misplace their accents during the interval. However, as the specific nationality of most of the characters neither contributes to the plot nor reveals anything about the characters this is a good example of a show where accents contribute nothing and shouldn’t be required.