Curated as a kind of ‘cabinet of curiosity’, the NGV’s exhibition celebrates a lively and energetic period of Japanese history.
Gabrielle Bergman 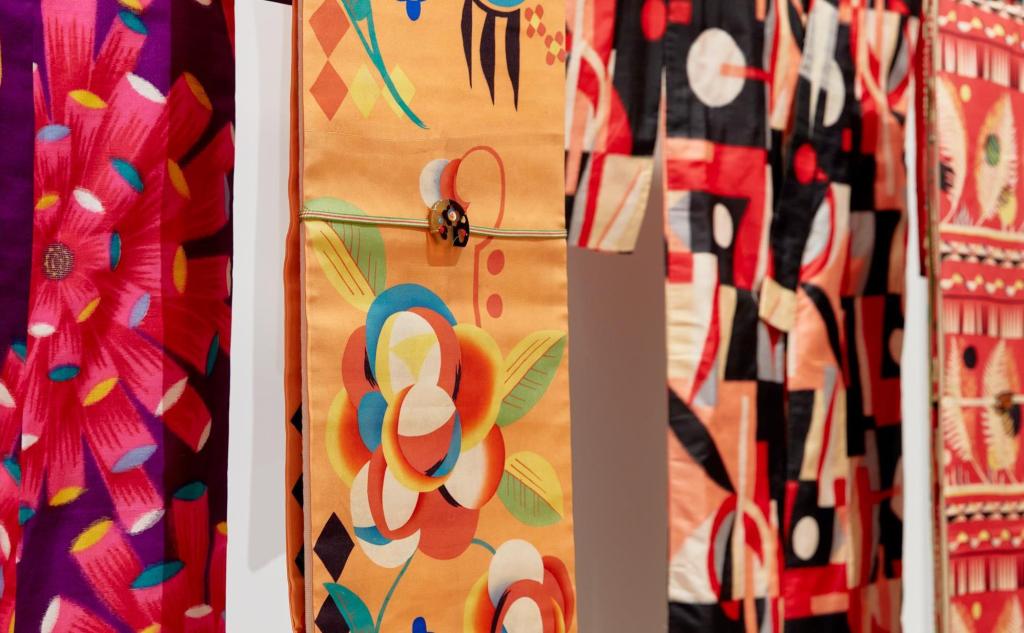 The current Japanese Modernism exhibition at the NGV International explores a particularly dynamic period of history – the 1920s and 1930s – in which Japan celebrated significant growth in economy, trade, literature, art, science and technology.

The Japanese modernist movement came after a catastrophic earthquake shook through Tokyo, killing 140,000 citizens and displacing 700,000 others. The city worked hard to reconstruct itself and transformed Tokyo – as well as Osaka – into a modern metropolis. The country also placed great emphasis on education, thereby increasing literacy rates and finally allowing women to join the workforce. The economy grew alongside the number of consumable goods that were produced, and consequently, youth felt empowered, liberated and ready to embrace a bourgeois lifestyle.

Japanese Modernism features over 190 pieces of work, giving the viewer insight into what Japan might have felt like at this particular point in time. For the past five years, the gallery has sourced a delightful collection of Japanese fashion, homewares, journals and magazines, film, prints, posters and paintings.

The exhibition has been curated as a kind of ‘cabinet of curiosity’, with artefacts shelved on walls, hanging from suspended support structures and encased within glass display cabinets. Standout works include a six-panel folding screen titled Preparing to go out by Taniguchi Fumie, depicting six modern women (known at the time as moga) dressing and grooming themselves. The women in the painting adorn short modern haircuts, colourful kimonos and European-inspired fashion.

The current fashion of the time has been captured through the vast display of kimonos, nagajuban (kimono undergarments) and hauras. Many of these silk garments are covered with intricate patterns called omoshirogara, which often made reference to the hobbies and interests of young mogas (modern girls) and mobos (modern boys). Some of the featured omoshirogara designs include images of records, magazines, books and sportsmen.

A large number of beautifully designed magazines and journals are also on display within the exhibition. The publishing industry was booming at the time and distributed a diverse production of journals and books for a highly educated and literate nation. Magazines covered a broad range of interests, including sports, art, music, fashion, lifestyle and children’s stories.

Great focus was also placed on interiors and home decor. Now that women were finally able to enter the workforce, they became financially independent and were capable of living in small city apartments. As a result, there was a growing demand for homewares, which is well documented within the gallery’s collection. Standing proud at the back of the exhibition is a display cabinet with close to a hundred handcrafted glass vessels, each with its own uniquely coloured pattern. These vessels expose the development of glass making methods which commenced during the 19th century, and became further refined through more modern designs in the 20s and 30s.