With an engrossing story, shrewd female perspectives, complex shed debrief and some excellent physical comedy, including moustache work, The Club is great fun to watch, even if football shits you.
Judith Greenaway
[This is archived content and may not display in the originally intended format.] 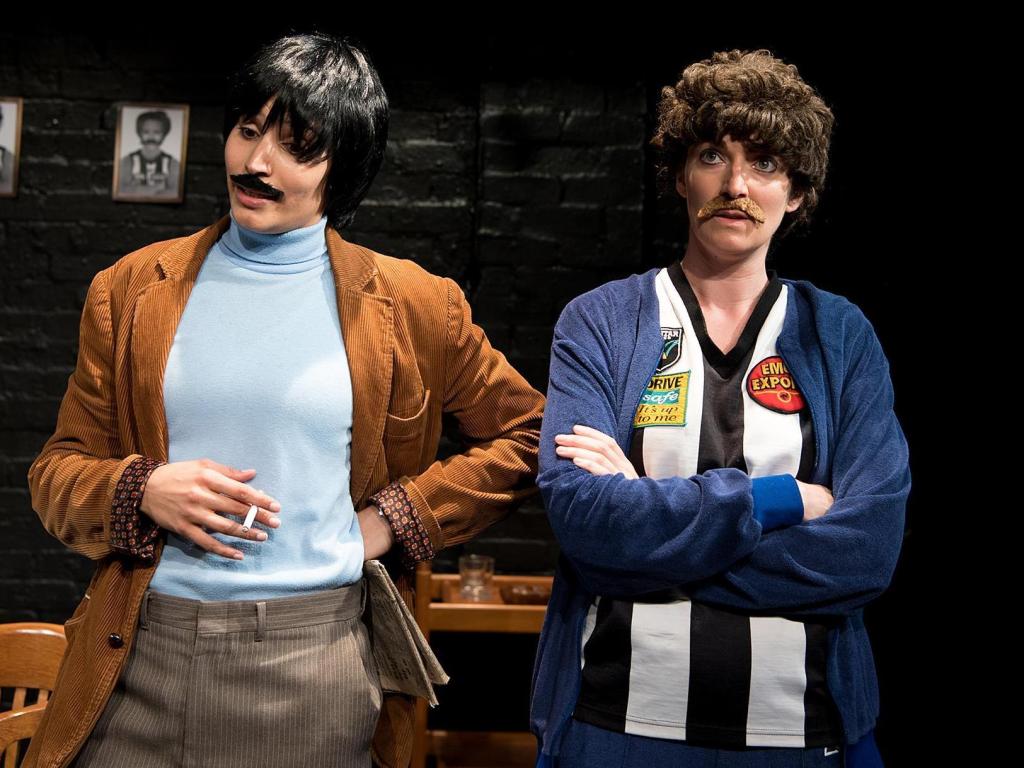 ‘Football shits me’ explains Geoff, one of the characters of The Club. One of the male characters. Played by a woman. Played by several women. In moustaches. Such is the amusing conceit of isthisyours? Theatre Company’s production of the 1977 David Williamson classic. This exercise in including the excluded is a game of two halves, a first act of tension and character and a second of disparate elements that are highly entertaining but don’t really play well together.

The Club has been a stalwart of Australian text study in schools and Williamson’s insightful and painfully accurate representation of an AFL club in transition to paying for players, stands up very effectively as a narrative. Surprisingly so. Director Tessa Leong understands this and her production successfully allows the audience to tune into the story of the piece while facilitating modern interrogations of loyalty, power and their manipulation. The feminisation both reduces the offence and foregrounds it.

Initially audiences are met by the female actors in drag but the first half is much more than a novelty. The women, Jude Henshall, Louisa Mignone and Ellen Steele are agenda-ed to express the male behaviours rather than impose theatrical verisimilitude in their look or carriage. The period elements, aggressive actions done with a French manicure and a cavalier attitude to the sexist attitudes of their characters seduce the viewer into a critique which both entertains and hallmarks why the play is still relevant… some things simply have not changed.

The six characters are created and transformed by jacket and wig donning which impose an extra layer of comedy in the execution and it is a physically skilled cast working at peak performance to pull that off. The show is cleverly designed to be robustly accessible without veering into grotesquery and the more pointed of the anachronistic dialogue is swiftly passed over. This intelligent understanding of the sophistication of modern audiences invites the watcher into a world of satire without mockery. 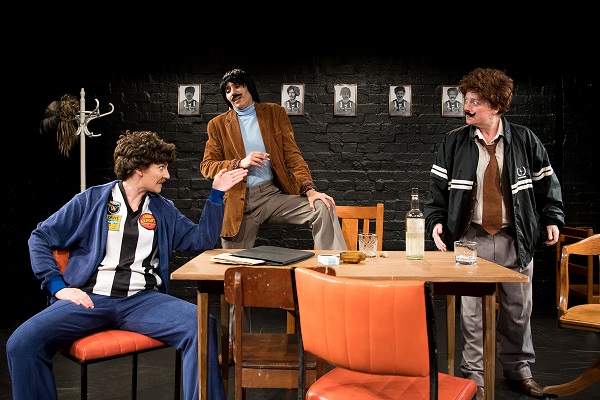 There’s no implication of sledging the male gender here, just these six men and their attitudes, especially if those attitudes might still hang around.

These are women where women have no right to be. The point is well made before interval but somewhat overplayed after it. The hypocrisies of the text mount up then and the illusion of gender is confronted head on. There are some very funny sequences, the deflating penis is one of the year’s comic highlights! But the appraising of the thematic content is somewhat lost in the crowd of imposed performance overlays. The story doesn’t flag until the hooter sounds though.

With a still engrossing story, shrewd female perspectives, complex shed debrief and some excellent physical comedy, including moustache work, The Club is great fun to watch … even if football shits you.