The latest iteration of a beloved classic brims with joy and the fantastical elements of life.
Dennis Clements 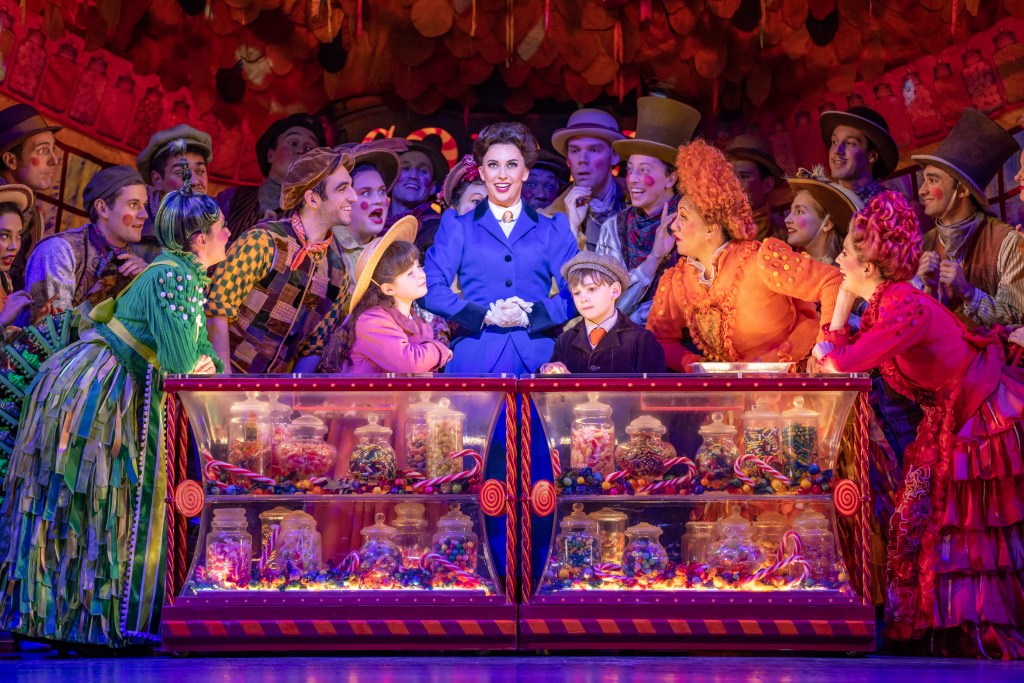 ‘A must see on the Sydney theatre calendar.’ Photo by Daniel Boud.

The quintessential English nanny is back in a new production by theatrical giants Disney and Cameron Mackintosh at Sydney’s Lyric Theatre in Pyrmont, and it’s hard to find enough superlatives to describe it. Yes, it must be said – it’s ‘practically perfect in every way’.

Most importantly this production moves you. To laughter, to surprise and even to tears – and it does so through its simple honesty, incredible staging and the breathtaking skill of its performers.

Determined to ditch the shackles of the legendary original film, this version seeks out different magic under the pen of Academy Award-winning scriptwriter Julian Fellowes, and in some ways is more in tune with the surprisingly charming recent sequel than the original, developing the characters into a very believable family beset with challenges.

The addition of Mathew Bourne – once the ‘enfant terrible’ of the ballet world – as director and choreographer also adds more of an edge than we perhaps have seen before. The production embraces the darker, even frightening elements of life, and in doing so elevates the moments of joy to new and wonderful heights.

The staging is quite simply gorgeous, clashing the vibrant colours of those who know joy against the grey world of those who have lost it. While I have seen this show before, this production just seems to do it all better, pushing the contrasts further to much greater effect. The moments of illusion are lovely and the big set pieces unfolding in front of your eyes add a sumptuous sense of spectacle that we have come to expect from a Disney production. The big production numbers like ‘Supercalifragilisticexpialidocious’ and ‘Step in Time’ are visually exciting and executed with impeccable energy while the softer moments like ‘Being Mrs Banks’, ‘Feed the Birds’ and ‘A Man has Dreams’ glow with truth.

There is one central challenge to putting Mary Poppins on the stage, and that is the distance we are away from the titular character. The subtle nuance of mischief sparkling in Julie Andrews’ eyes on film does much to soften the more sergeant-major aspects of this enigmatic character. So balancing and revealing those qualities onstage can be quite an art. Stefanie Jones as Mary Poppins succeeds superbly in this. I completely forgot any previous Marys. Really – she’s that good. Her vocals are flawless, she dances up a storm and she embraces the delicious dualities of the character with a confidence and poise that had the audience screaming for more. Jones shines brightly and is pure delight to watch.

But this is no one woman show, despite the fact that Jones has the skill to make it so. The supporting cast are all uniformly stellar. Jack Chambers as Bert is charming and likable and his impeccable dance skills are even evident when upside down. Tom Wren and Lucy Maunder find the heart and love of the Banks parents with great style and anchor this family in a solid reality. Nancye Hayes as the Bird Woman delivers a fragile, heartfelt performance and Hannah Waterman nearly steals the show as Mrs Brill. Her comic timing is unmatched, and with Gareth Isaac as Robertson they contribute a great deal to the warmth and humour of the production.

Chelsea Plumley as Miss Andrews relishes her villainy, and a special mention to Stephen Anderson, whose comic flair brings what might have been forgettable minor characters into a sharp focus as crucial parts of the story. And this is perhaps true for the entire ensemble. No walk on roles here. Every character is lavished with attention and truth to create an entirely believable world, albeit one brimming with the fantastical.

Read: Theatre review: The Sound Inside

And no review would be complete without mention of the heart of this story – the children.

And the superlatives continue here. At this performance, Chloe Delle-Vedove played Jane and Will Steiner played Michael (both channelling 10 going on 35!) and they have some of the best lines in the show. Delivered with the timing expected of much more mature performers, they nail their mischievous characters with believability and humour.

In a show where gingerbread stars act as a metaphor for things lost that need to be rediscovered, this production of Mary Poppins is definitely a gingerbread star. If you have seen it before, you definitely haven’t seen it done as well as this. I haven’t witnessed a standing ovation this spontaneous or a buzz in the foyer as excited as this for years. A must see on the Sydney theatre calendar.

Mary Poppins will be performed until 4 September 2022