A story of creativity, family and resilience that revolves about Jewish identity and diaspora.
Vanessa Francesca 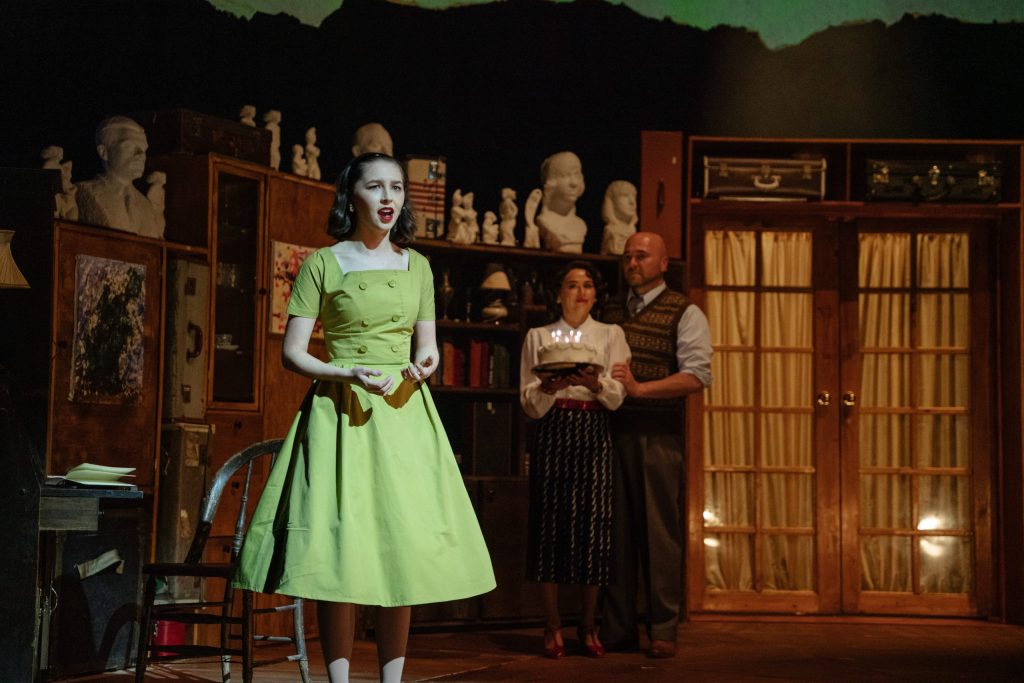 ‘The musical is notable for its depiction of Australian immigration camps that housed Jewish refugees during the Second World War.’ Photo by Cameron Grant, Parenthesy

Gary Abrahams has previously directed a series of thought-provoking plays about Jewish identity in the aftermath of the Holocaust, but this one has a twist – it’s a musical! Based on the memoir by Eva de Jong-Duldig and adapted by playwright Jane Bodie and composer Anthony Barnhill, Driftwood is an uplifting story of immigration, adversity, and the need for roots.

The story is that of the Duldig family: sculptors Karl Duldig and Slawa Horowitz-Duldig are part of the new wave of 1920s Viennese intellectuals committed to their passion for modernist art and design: a signature of that city. Together with her sister, Rella, in the apartment they share, Slawa invents the foldable umbrella after identifying the need for women to carry a parasol that fits in their bag. Their invention gives the production company sponsoring Driftwood its name, and provides a hook for a family story about the evils of technology as well as its utilities.

The metaphor of the umbrella also gives the musical its main lyrical and musical theme. The idea that ‘everyone needs shelter from the storm’ becomes a poignant motif when the sisters are forced to sell their apartment and their umbrella patent, put their possessions in storage, and start a new life away from the Nazi terror. While Rella marries a Parisian man she barely knows, who has visited Austria with the purpose of marrying a Jewish girl, Slawa moves to Switzerland and then Singapore with her husband and her daughter Eva. Their separation is the moral engine of the musical, and adds its greatest note of suspense apart from the historical events themselves.

The story is supported by an ensemble of actors with impeccable credentials in Melbourne musical theatre. Tania de Jong AM is compelling in the role of Slawa, her presence shaped by previous roles with Victorian Opera. Meanwhile, Anton Berezin as her husband has previous experience in Evita, Sweeney Todd, Fiddler on the Roof and Follies to name a few credentials. Sara Reed as Eva hails from Western Australian Academy of Performing Arts and has participated in touring productions including Billy Elliot: The Musical and Mary Poppins while Michaela Burger as Rella brings the confidence and verve of Broadway to a sibling role that as often conveys longing, tragedy, and doubt as well as hope.

The musical is notable for its depiction of Australian immigration camps that housed Jewish refugees during the Second World War, a moment in history that centres the importance of refugees in contemporary left wing political discourse. Mostly though, this is a production that’s compelling for the charm of its drama and relationships and its thoughtful dramatisation of a particular period in time. Second generation survivor literature is a powerful movement within Holocaust remembrance and the combined memoir musical tells an important story in a stylish way.

Driftwood was staged as a preview by Monash’s Alexander Theatre from 13-14 May and is currently running at Chapel Off Chapel until 28 May 2022.