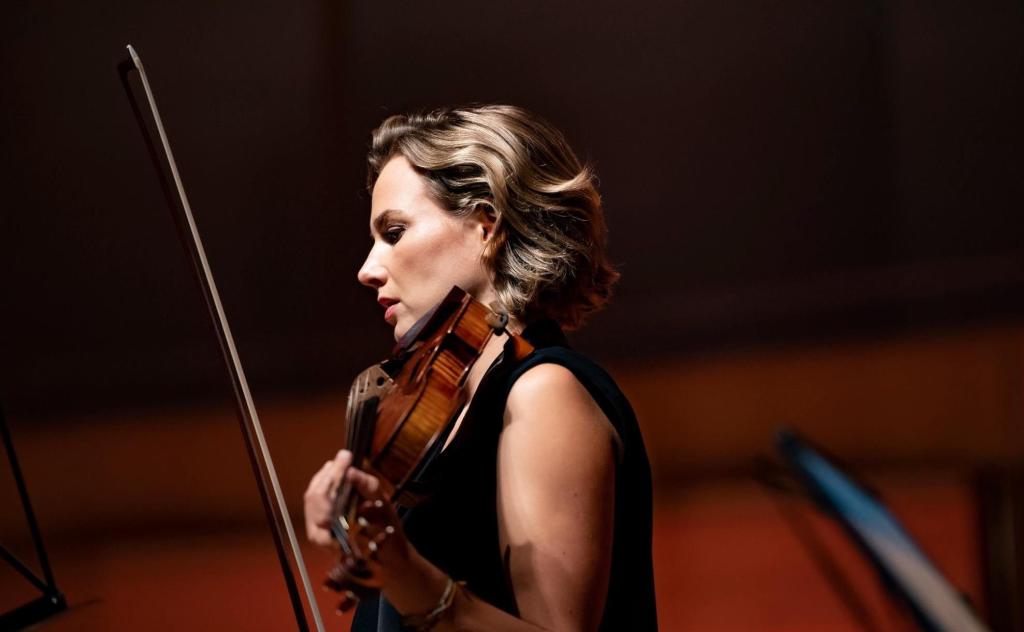 An intelligently structured program entitled Tabula Rasa opened the ACO’s 2021 national season. The ancient concept of tabula rasa (‘clean slate’) involves both the idea of being born naked and acquiring knowledge through learning and life on the one hand, as well as obliteration and renewal on the other.

It is the title of Arvo Pärt’s masterwork, the centrepiece of this program, written following a creative catharsis and change in direction in 1977; what he referred to as ‘an artistic realignment’.  The ideation of tabula rasa here enables a layer of meaning and experience to emerge.

Pärt’s Tabula Rasa is a double concerto for two violins, strings and prepared piano, ‘prepared’ meaning that bits and pieces are placed between the strings within the body of the instrument so as to, in this case, imitate a Balinese gamelan. In the program Tabula Rasa was the central jewel set between works from Eastern Europe, and notably the first performance of a newly commissioned work, Shanty by British composer, Thomas Adès.

The work represented a profound change for the composer, from the highly complex serialism of 20th Century Eastern European composition towards a completely new and ’fresh slate’ of modality and simplicity.  It was a path also taken by Polish Modernist Wojciech Kilar represented here by his less interesting work Orawa, though nonetheless gratefully heard.

Of the performance of Pärt’s Tabula Rasa in two movements Ludus and Silentium, most notable was the elegance, restraint and patience of the ensemble. Impressive was the beautifully matched timbre of both soloists (Richard Tognetti and Satu Vänskä), demonstrating perfect rapport in the use, and not, of vibrato. I found that the placement of the piano at the back of the stage and its electronic feedback from the front overwhelmed the balance of the ensemble. Even so, the work’s ending with fewer and fewer strings brushed by the gamelan-sounding keyboard was mesmerising.

Thomas Adès’s brief but boisterous Shanty offered an intriguing vision comprising a whirling, bracing sea shanty of ever-more embellishing voices almost coming apart with use of rhythmic displacement and pitch shifts. This composition becomes more smudged as it proceeds emulating rough seas (and/or a surfeit of rum) before returning to peace and safe harbour.

Discipline was restored in Prokofiev’s Sonata for solo violin in D major, Op 115 here played brilliantly in unison by all of the ACO’s violinists, the ACO impressing for finesse and precision particularly in the second movement’s variations.

‘Impressive was the beautifully matched timbre of both soloists, Richard Tognetti and Satu Vänskä.’

The final tabula rasa was Shostakovich’s poignant reaction to returning from the razed Dresden in 1960.  His eighth String Quartet speaks of bleak desolation and unfathomable despair. The Chamber Symphony in C minor, Op 118a is a composer-endorsed arrangement by Barshai. From its opening fugal elegy, through to the ‘rat-a-tat’ war music of the second movement, snapping with fury, and leading to the final two movements marked Largo, here is a statement of inconsolable sorrow and desolation.

It is difficult to imagine an ensemble as firmly resolved in intent. Furnished with a treasury of several of the world’s precious instruments, the ACO more than ever before is one of the finest ensembles of its kind.