This sublime work, choreographed by Mark Morris, was performed to a live score played by the West Australian Symphony Orchestra.
Richard Watts 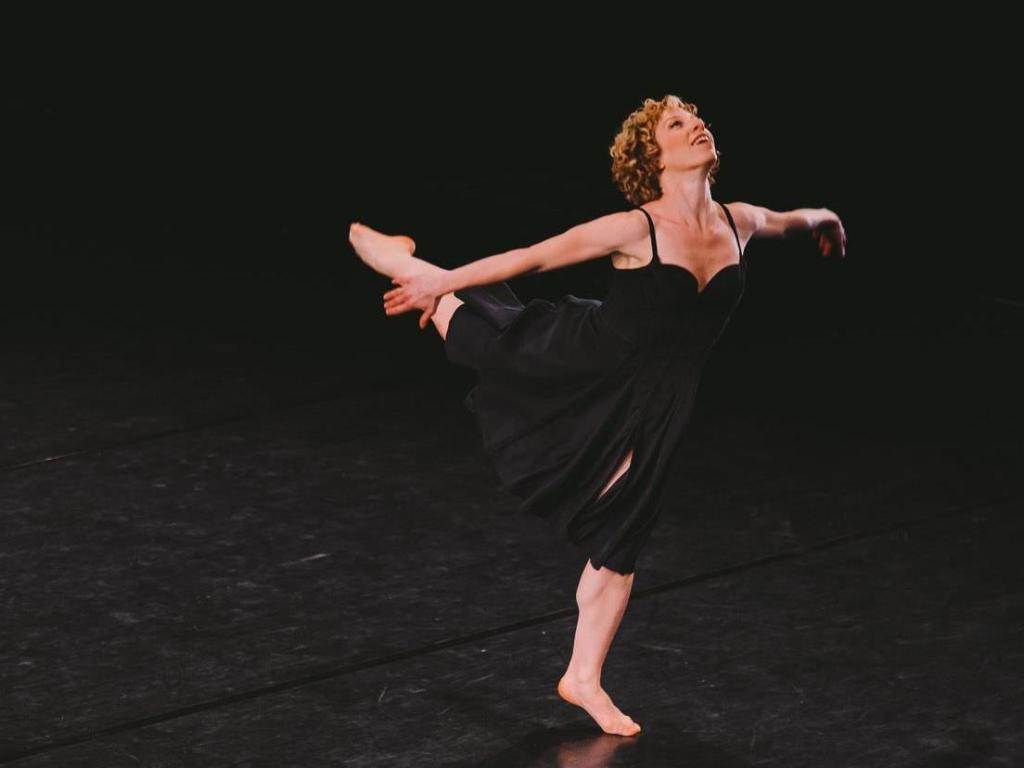 Set to three compositions by Wolfgang Amadeus Mozart played live by the West Australian Symphony Orchestra under the baton of conductor Colin Fowler, and danced with great dexterity, vigour and precision by an ensemble of 16, Mozart Dances blends classical and contemporary choreography to sublime effect.

As the curtains open, one’s eye is initially drawn to the first of three simple but dramatic backdrops – three vast swathes of black paint against a tan background – designed by Turner Prize-winning artist Howard Hodgkin. Lighting changes, from blue to rose, wash dramatically across the stage as the first work – danced to Mozart’s Piano Concerto No 11 in F major and entitled Eleven – unfolds.

Save for a very brief appearance by the company’s male dancers at the very beginning, Eleven is performed almost exclusively by the women of the company, barefoot and clad in translucent black, save for the soloist, Lauren Grant, who wears a solid black dress. Instead of the whippet-thin bodies one often associates with dance, these women display a healthy range of body types, and all demonstrate beautiful control as they circle and fall. Certain gestures – an arm bent, hand to shoulder; hands folded on the back of the neck and elbows raised – soon become motifs repeated across all three works, though Eleven begins far more formally, before floor work and angled limbs transition into more contemporary choreographic language.

The second work, Double, is danced predominantly by the men of the company, to Sonata in D major for two pianos. Trading his baton for the ivories, Fowler is joined by pianist Amir Farid; their elegant playing is matched by vigorous steps, featuring hyper-masculine militaristic marches counterpointed by deliberately feminine gestures, and sweeping circles of interlinked bodies which break, reshape, pass through one another and fall even while supported. The men, barefoot and initially bare-chested and dressed in black shorts (save for the soloist, who wears a light and free-flowing frock coat as well as shorts) are joined briefly by the women, who sweep in and out from the wings. The company’s physicality is most pronounced in this piece, which features elegant lifts and controlled throws; a dynamic and captivating demonstration of movement as art.

Finally, in Twenty-seven, the full company – now dressed in white – takes to the stage to Mozart’s Piano Concerto No. 27 in B-flat major. Elements of Morris’ choreographic vocabulary seen earlier – hands on the back of the neck, brisk marches – are repeated, with new additions added: raised legs, with ankles grasped; a falling, floating hand. But rather than building on what we have already seen, this final piece seems more about extending the theme; the result, while striking, seems to diminish the energy that was previously displayed in Double, though the performances are never less than exquisite.

The orchestra’s contribution to these three performances was tremendous, while one was also always conscious of the dancers’ fine-tuned physicality – an indrawn breath before a particularly demanding movement was sometimes audible, or the squeak of bare soles on the stage. Present too was Morris’ awareness of the history of classical dance, glimpsed in subtle references to older choreographic modes in a pose or an artfully placed limb, but always subverted by a more modern vernacular: folk motifs contrasted with a knock-kneed pose; hands slapping thighs followed by almost painfully angular floor-work.

This assured combination of old and new, of beautiful music paired with precise physicality, was also reflected in the mood of the works as a whole: despite the magnificence of music and lightness of movement in Mozart Dances, invariably there was also a hint of darkness on the stage, evoked by a falling body or a sudden, protracted stillness – a reminder that life is fragile, and death – like a soloist preparing for her next entrance – is always waiting in the wings.

Richard Watts travelled to Perth as a guest of PIAF.