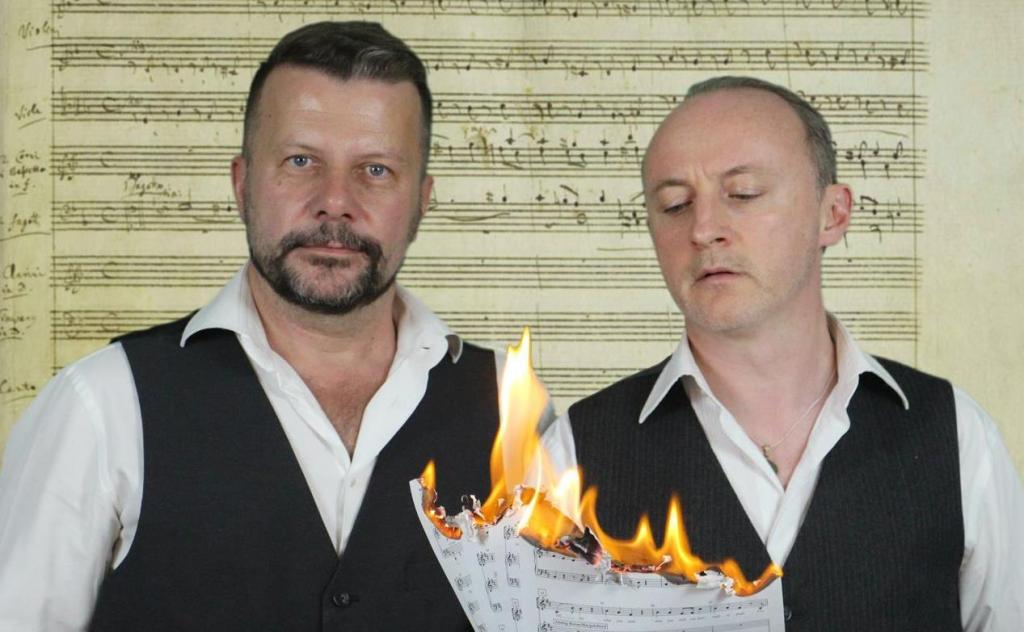 Wolfgang Amadeus Mozart’s untimely death wasn’t an open-and-shut case, allowing for rumours to run wild and playwrights to capitalise. Alexander Pushkin was one such playwright, and his 1830 work, Mozart & Salieri, paved the way for various creators after him to flourish in their own endeavours. When performed back-to-back with its operatic adaptation, as it was recently at Melbourne’s Butterfly Club, director David Meadows’s rendition of Mozart & Salieri allows for an intriguing performance that highlights the successes and flaws of both texts.

Both the play and the subsequent opera, composed by Nikolai Rimsky-Korsakov, explore the supposed story of Salieri’s plot to poison Mozart out of jealousy. Carried out over just two scenes, Salieri comes to realise his heaven-sent mission is to poison the gifted Mozart after hearing one of his newest works in progress. One of the last moments we see after Mozart drinks from the poisoned wine is the young composer fleeing from the tavern coughing.

In a play as short as Pushkin’s, it’s a real task to succinctly portray Salieri’s turn from jealousy to acceptance of his homicidal mission. On top of that, it’s even harder to express that revelation, in part, non-verbally while your counterpart performs his latest creation on the piano. Karlis Zaid’s performance as Pushkin’s Salieri carried the rage and torment of the Italian figure well, however, drawing out his progression from jealous composer to murderous zealot would’ve delivered an extra dose of character insight.

Rimsky-Korsakov’s operatic incarnation of the text brings an extra dimension to play around with, to the cast and audience’s benefit. Bass-baritone Adrian Tamburini certainly possesses the gravitas to play a conniving, arrogant genius like Salieri. Meanwhile, in the role of Mozart, tenor Martin Buckingham flicks between a playful, unsuspecting Mozart to one of torment, haunted by his own shadowy figures.

Meadows’s decision to perform the two texts side by side delivered a thought-provoking comparison of how Rimsky-Korsakov moulded the work of Pushkin. However, considering how similar the two texts are, it’s worth questioning how effective the comparison truly was at face value. Was there enough to warrant what was, fundamentally, a more musical performance of the text the second time round? Perhaps if there were differences beyond the musical elements, it would provoke a greater sense of curiosity from the audience. What it does offer, however, is a realisation that Rimsky-Korsakov built where Pushkin left off. The libretto and piano backing did not distract from the growing tension, but rather gave Salieri’s internal conflict and the pair’s relationship the dramatic intensity it deserved.