A complex story with an excellent character dynamic.
Glen Falkenstein
[This is archived content and may not display in the originally intended format.] 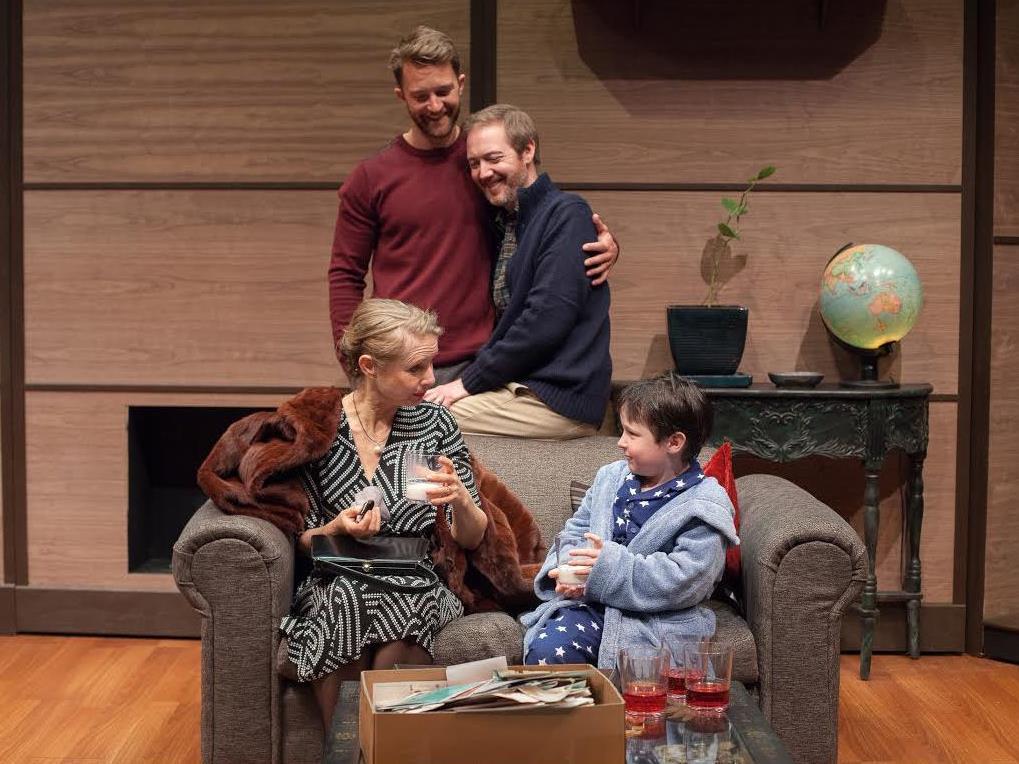 There is seldom the opportunity to see a play about a highly topical issue that doesn’t preach or attempt to shove a point of view down your throat, Mothers and Sons succeeds in letting the drama drive the play rather than the morals.

Katharine (Anne Tenney) pays a surprise visit to her departed son’s former partner Cal Porter (Jason Langley), now living in New York with his new partner Will (Tim Draxl) and their son. Dying from AIDS decades ago, the loss of Katharine’s son is still very raw, while Cal has made every effort to move on with his life.

Clashing with Cal on his new relationship, the decision by Cal and his partner to raise their son and the circumstances of her son’s death, Katharine’s very set views on LGBTI relationships come to the forefront as she struggles with both a changing world and the loss of her child.

Lending itself to a very tense and emotional evening, Mothers and Sons manages to be both dramatic and frequently funny, imbuing many of the moments of conflict with an awkward and sometimes laugh-out-loud humour. The confrontational and heart-wrenching sequences are in no short supply and become much more regular as the play progresses. This allows the ongoing tension to be alleviated by the humorous and warm performances from each cast member.

The three adult leads play off each other particularly well as the characters banter and their emotions rise and fall. The decision not to portray Katharine (whose point of view is decidedly in the minority) as the bad guy, and treat her instead as an empathetic and in many ways tragic character elevated what could have been a one-dimensional production to a complex story with an excellent character dynamic.

Taking place in an intimate setting where the audience occupy spaces in and around the subject’s living room, Mothers and Sons makes you feel as if you’re a quiet observer in their home, rendering the drama all that much more involving. Effectively staged and executed, the actors will however occasionally have their faces turned away from the stage for extended periods. While this does not detract from the play, it is often needlessly distracting.

With an intelligent story and script, the play is compelling and is only let down in small part by quite literally a picture-perfect ending which is out of tone with the rest of the production.

Repeatedly striking the right note between humour and tragedy, Mothers and Sons’ grasp of character and more than competent execution made for an intimate and transfixing night of theatre.