A humorous, engaging and consistently entertaining night of theatre.
Glen Falkenstein
[This is archived content and may not display in the originally intended format.] 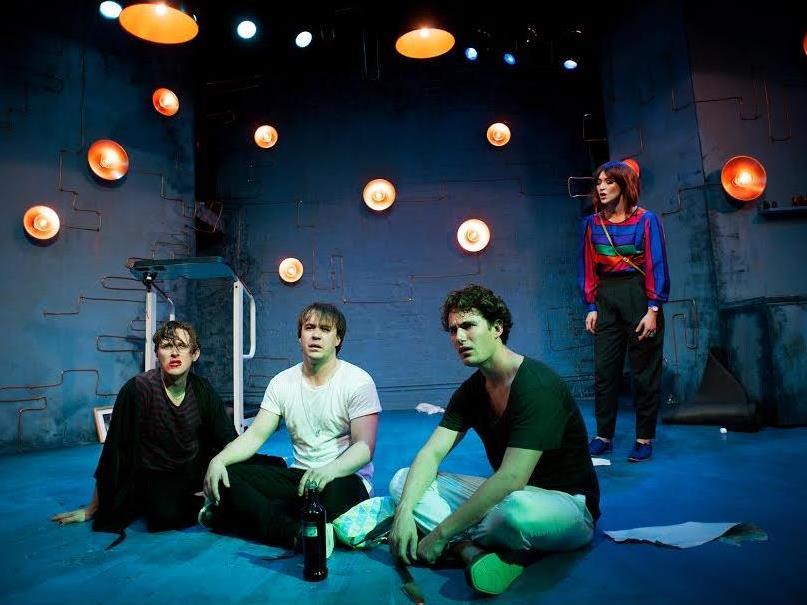 Three men, one woman and a great script were all that was needed for a humorous, engaging and consistently entertaining night of theatre.

The three male personalities, Jules the narcissist (Sean Hawkins), a sex-crazed Bob (Ben O’Toole) and drug-addled Guy (Jamie Timony) work out, theorise, get angry, and refuse to accept something inevitable is coming as Haizel (Cheree Cassidy) counts them down to the end of the hour.

The three reminisce on romance, their personal friendships, women and the increasing strain they are under in the lead up to an event of which we are clueless, leaving the audience guessing through much of the play as clues are gradually revealed.

Brendan Cowell’s first play, Men originally premiered at the Old Fitz in 2000. It’s a hugely enjoyable production with the kicker of a surprising and hilariously satisfying twist ending. The four actors make welcome use of a small performance space, their machinations and physical entanglements sprawling out over an intimate and at times confronting production. Some surprisingly quick and frequent set changes manage to maintain the play’s steady and upbeat pace.

Hawkins’ performance as the caddish, womanising alpha-male in the group stood out among the small crowd of actors, the character’s relentless and oblivious self-aggrandisement and posturing both funny and at times emotionally poignant. A sequence between Haizel and Bob remained one of the more endearing interactions between characters, while Timony’s comic timing often stole moments of the show.

Haizel’s pockets of dialogue with the others proved less engaging than the exchanges between the trio of male characters, in no small part due to her character having significantly less stage time than her male counterparts, nor any real opportunity for development. Her presence more a catalyst for the varied and emotional reactions of the main characters, their frequently jocular and humourful interactions carried a short and engrossing play about men, masculinity and the pressures of being a dude.