Masterpieces from Paris in Canberra

In a world-first, the National Gallery of Australia hosts Masterpieces from Paris: Van Gogh, Gauguin, Cézanne and Beyond.
Sally D'Souza
[This is archived content and may not display in the originally intended format.] 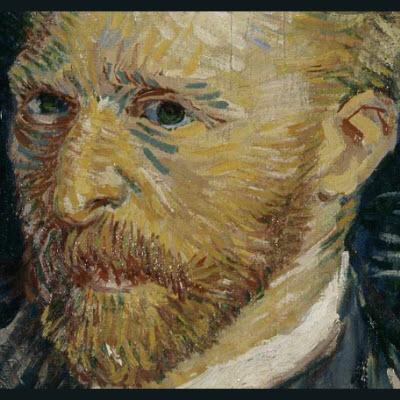 One can only imagine the Director of the National Gallery of Australia, Ron Radford, standing over his fireplace at home quietly sipping his large glass of cabinet merlot before bellowing out one of those renowned belly laughs for his latest triumphant, the execution of the Masterpieces from Paris: Van Gogh, Gauguin, Cézanne and beyond exhibition at his Gallery.

In a world-first, the National Gallery of Australia hosts Masterpieces from Paris: Van Gogh, Gauguin, Cézanne and Beyond, featuring 114 of some of the best-known works of Post Impressionist Art from the Musée d’Orsay in Paris, known to many as one of the great museums of 19th-century art.

Famous Post-Impressionist art works include Van Gogh’s Bedroom at Arles 1889, Cézanne’s beloved Mount Saint-Victoire c 1890, Gauguin’s Tahitian women 1891, (classic artworks by artists which are now household names) as well as many other great art works which were a result of the
revolutionary art movement in late 19th century European art that became preface to Modern Art.

Thanks to the current renovations at Post-Impressionist Gallery of the Musée d’Orsay in Paris, the touring exhibition, which explore the arrival of modern art in Europe, makes its world premiere in Canberra, before traveling to Tokyo then off to San Francisco.

It’s the first time ever these Post-Impressionist works have been exhibited as a collection outside France. Never before have so many masterpieces by the likes of Vincent van Gogh, Paul Gauguin, Paul Cézanne, Georges Seurat, Pierre Bonnard, Claude Monet, Maurice Denis, Henri Toulouse-Lautrec and Édouard Vuillard been brought together in one exhibition in this country and our Federal Government is quite willing to spend 2 Billion Australian dollars in insurance (as part of the Arts Indemnity Program) for it to land on our shores.

In the words of Arts Minister, Peter Garrett, “this truly is an once-in-a-lifetime opportunity for art lovers and first-timers, students and families.”

At the exhibition, one can absorb the aesthetic adventures and the cross-influences of these artists that became the stem of the flower that flourished a series of modern art movements throughout Europe, for examples, Pointillism, Neo-Impressionism, Synthetism, Symbolism, School
of Pont-Aven, Cloisonnism, the Nabis and Intimism and later, Fauvism, Cubism, Expressionism and led also to Abstraction in the 20th century.

Visitors will enjoy Van Gogh’s intense, richly coloured surfaces communicate emotionally through the artist’s expressive manipulation of paint; and cherish Gauguin’s monumental, decorative and often exotic works stand for a new and at times brutal aesthetic directness, all the while idolise Cézanne’s mastery of the genres of still-life, landscape and portraiture fulfils his own prophetic promise to ‘astonish with an apple!’. There are also pristine domestic scenes and figures, portraits of friends and family members, as well as several large decorative schemes designed for specific interiors.

The exhibition does cater to all age groups. Children can enrich their exhibition experience with the children’s Discovery Trail, special school holiday programs and the Family Activity Room for children aged 3-10 years and their families (open between 10am – 3pm).

There are also fun Masterpieces from Paris activities include drawing, drama, stories, puzzles and games related to the life and work of the artists featured in the exhibition.

The Gallery will also host regular programs and events, as well as special Masterpieces from Paris audio tours. Further details can be found at their website.

Regarded as one of the most extraordinary exhibitions ever to be held in Australia, there havealready been more than 60,000 visitors to the exhibition since it opened just over a month ago and according to Gallery’s Assistant Director, Shanthini Naidoo, about 70 per cent of
visitors coming from interstate.

With no extended opening hours (except for Saturday until 7pm) or late-night viewing to cope with the demand, even pre-booked ticket holders will have to embark on a long queue that stretches for hundreds of metres, right up to the High Court of Australia. But for the fervent arrivals, there are premium tickets, which for $15 extra enable 200 people a day to gain entry for 9am. This is definitely an exhibition not to be missed, especially for those who live in Canberra!

Oh and while you’re there, make sure you have sufficient resources for some retail therapy at their Masterpieces gift shop, it’s unbelievable!

Sally D'Souza is a creative arts & media consultant based in Canberra who has advised, facilitated, and assisted in creative arts events and multi-media projects and productions from independent artists, companies to government bodies in Sydney, Canberra and in Melbourne since 2001. Over the years, she has curated exhibitions, edited publications, and managed performances, launches, events and festivals. She has also produced television and audio productions, short films, commercials, music albums as well as working in new media, which includes interactive creative story and digital art storytelling. She holds a Masters in Creative Writing and Graduate Diploma in Community Cultural Development. She has worked as a Curator for Artary Project Space, Senior Writer/Producer at WIN Television, Sub-editor for Multicultural Arts Victoria and Arts Writer for the Canberra Times. She is the winner of the 2005 ACT Pitching Competition and the Finalist to the National 2005 SPAA Fringe, Film City Inc., Pitching Competition, in which the rights of her winning story, Moments with Grace, was bought for the production of a feature film. Sally is passionate about community-based and cross-cultural creative performances that challenges and inspires its audience.