A first look in Australia at a new phenomenon that is rethinking calligraphy and traditional ink art with a contemporary inflection.
Gina Fairley
[This is archived content and may not display in the originally intended format.] 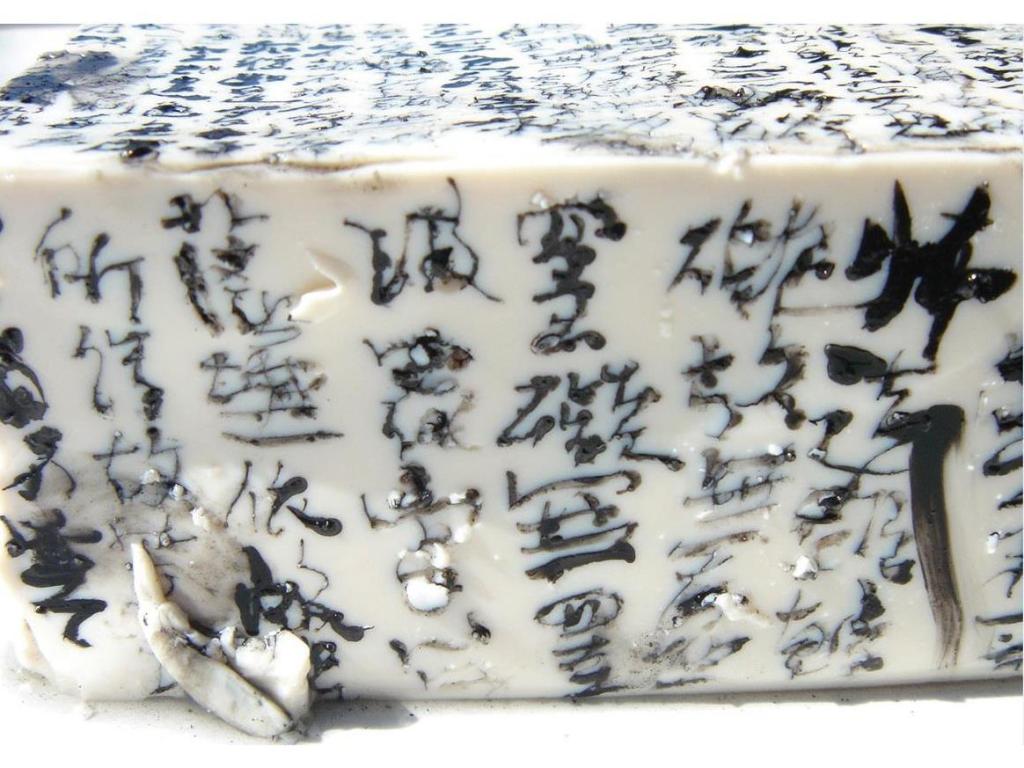 Text on a slab of tofu, a dog licking calligraphy on a wall and Asian landscapes created with Coca-Cola and biro, are hardly the domain we usually reserve for Asian ink painting.

And yet, these are the contemporary inflections that have been assigned to traditional Chinese ink art over the past decade, led by a new generation of artists who are using the medium to challenge the tradition and its perceptions, and to ruminate on the rapid changes taking place across mainland China, Taiwan and Hong Kong.

Understandably, this “new form” coming out of Asia has become the darling of the art market for both its accessible take on the traditional ink genre and its point to the West.

But Dr Sophie McIntyre, Curator of Ink Remix, and a Visiting Fellow at the Australian National University, believes there is more behind these works than savvy Asian appropriation or the desire to drive a sale.

‘They’re quite adamant, all of these artists, that they’re not ink painters, they don’t see their works as a continuation of this tradition… They see themselves as creating a new language that draws from tradition but also draws from global cosmopolitan cultural influences,’ McInytre told The Canberra Times.

Walking into the exhibition you get a sense of that diversity – that push beyond expectation.

One of the first works you engage with is Peng Hung-Chih’s Canine Monk series (pictured below), a pair of videos placed close to the floor in which the artist’s dog licks calligraphic and religious phrases off the wall, that is then reversed so the dog appears to magically lick those words back into place.

This is a generation of artists largely born in the 1970s and 1980s who have been nurtured on a diet of Western education.

Rather than trying to replicate or roll out a tired revere for the ink or scroll tradition, they thwart and subvert our perceptions of the medium with a playful and innovative take, their only hint for nostalgia is a lament at the pace of contemporary society.

Video, projections and animations feature strongly across the exhibition, again fueling McInytre’s thesis that Asian ink is far from static as a genre.

The energy across the works taps into a broader zeitgeist in this region, which curiously is intensified in the compact gallery environment at Canberra Museum and Gallery (CMAG).

It is the first exhibition in Australia to tackle the topic of “ink reinvented”, and McIntyre’s knowledge for this area is deep and it shows.

She splits her time between Canberra and China, having lived there for a period with her parents.

What is enjoyable about this exhibition is that the viewer can find seamless anchors to the genre’s traditions, works such Yang Yongliang’s video animation, Rising Mist (pictured below), which shows the gradual dissolving of city scenes merged into Chinese mountains consumed by pollution until blanketed white, taking its cues from the sublime stacked landscape traditional of scrolls.

Other traditional references can be found in the swirling pool of ink of Cindy Ng Sio Leng’s video (above) and the deceptive Coca-Cola vignettes of He Xiangyu.

But, almost as if on cue across this exhibition, there is the element of surprise and wonder that McInytre weaves and juxtaposes across the 14 artists. This is the exhibition’s strength, and its ability to capture and draw us through the 35 plus works.

Largely, this exhibition doesn’t not carry the kind of political pop agitations that came out of China with the first wave of contemporary artists. While issues of gender, globalization, environmental disregard, questions of religion, and corporate greed underlie many of the works in this exhibition, it comes more from a position of disillusionment and questioning, using history’s medium as a reflective metaphor.

With such a range of ideas, artists and genres, there is an element of discombobulation or broken flow, but that is largely the difficulty of working with a tight space.

McIntyre has curated a stellar exhibition that opens the viewer to a new world of understanding; that points to our growing relationship with Asia and its contemporary reality. There are lessons for us all in this exhibition, but more interestingly, it is a wonderful journey through a genre that just continues to reinvent itself after hundreds of years.