National Theatre Live brings us the first play from actor/playwright Simon Woods, directed by Simon Godwin. Hansard is an 80s version of Who’s Afraid of Virginia Woolf? only this one’s a two-hander, set in the Cotswolds in the home of a Conservative junior minister MP Robin Heskith (Alex Jennings), and his wife, Diana (Lindsay Duncan)....
Liza Dezfouli 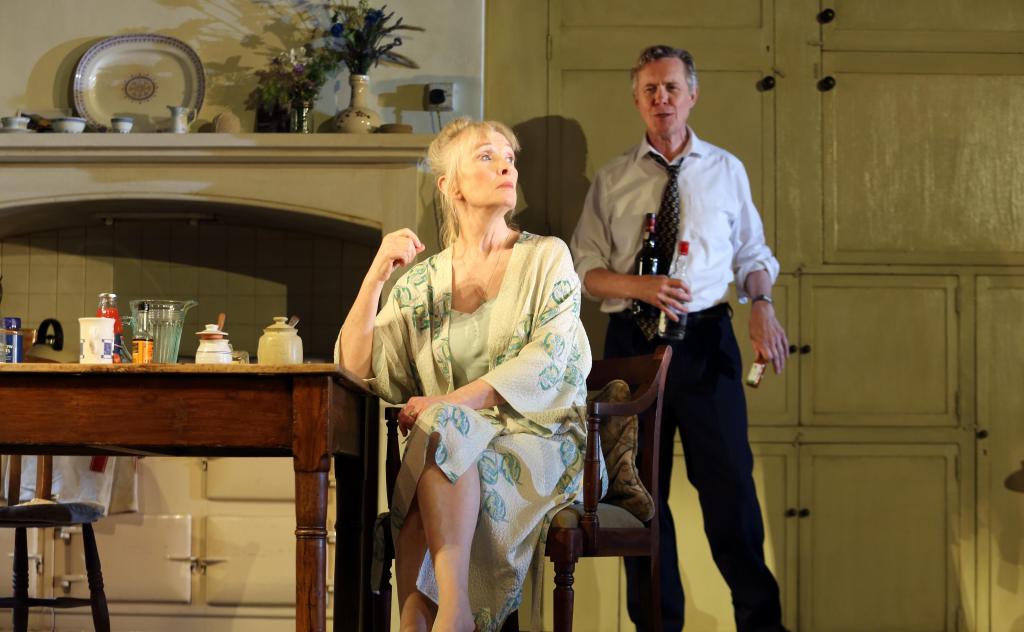 National Theatre Live brings us the first play from actor/playwright Simon Woods, directed by Simon Godwin. Hansard is an 80s version of Who’s Afraid of Virginia Woolf? only this one’s a two-hander, set in the Cotswolds in the home of a Conservative junior minister MP Robin Heskith (Alex Jennings), and his wife, Diana (Lindsay Duncan). The couple have been together for 30 years. They are misaligned politically; he’s conservative and she’s a left-leaning liberal. On the day the play is set, Saturday May 28th 1988, their differences are brought to the fore by Robin’s support of Section 28 of the 1988 Local Government Bill, the Thatcher government’s new legislation forbidding local councils from ‘promoting homosexuality’ and which is about to be passed into law.

It is Robin’s birthday. Diana (named to remind us that this story is underpinned by the frustrations of a woman in service to her husband’s career and position) is still in her dressing gown, patterned in cream and green which matches the oh-so tasteful décor of the kitchen/dining area setting, wedding her visually to her domestic environment.

When her husband walks in the door, his first words are ‘My God! She’s still alive!’

‘I know; it’s a nightmare,’ is Diana’s response.

The two are rootbound in mutual disrespect but enjoy each other’s cleverness. Perhaps once their antagonism led to frissons of sexual tension which kept the couple together but now it’s hard to believe there could ever be desire in this relationship, even when they talk about how they did, or still do, care for one another. You’re waiting for them to touch each other, but they never do. Today’s fight might be to the death of their marriage.

Towards the end of the play the deeper reasons for their shared hostility and anguish are uncovered. Because of the lateness of this reveal, though, there’s an unfinished sense to the story: we’re left with characters who have further to go.

The play is descended from a long tradition of stylish theatrical presentations of thoroughly enjoyable hostilities from writers like Wilde, Albee, Coward; it’s always fun to gasp at clever, eloquent characters slicing each other’s limbs off with verbal machetes. How far will they go? And the world of English upper crust privilege is sorely in need of being exposed and pilloried, today more than ever. Hansard does this brilliantly, giving the finger to the contemporary establishment’s politics and a system as self-serving as ever, and with such heavyweight performers (both Jennings and Duncan have received Olivier Awards) the characters are never at risk of becoming mouthpieces.

There is psychological wisdom here in showing how our beliefs are so often informed by our insecurities, and we find out why the personal is political for these two, but ultimately the timing doesn’t serve the story.