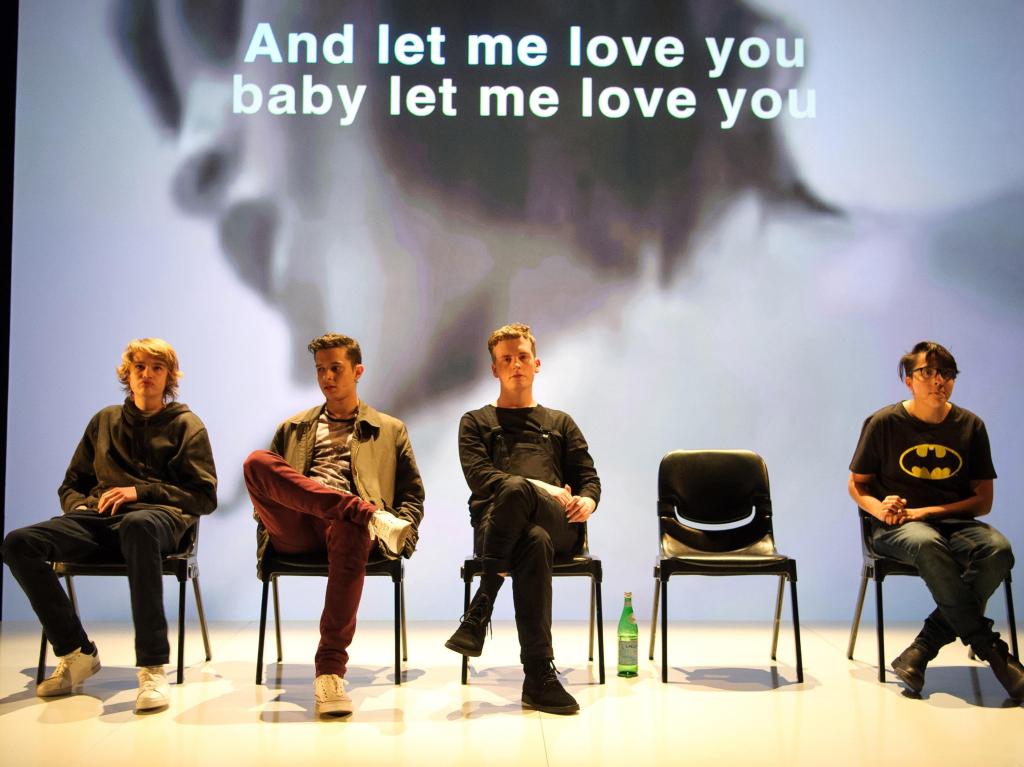 The discussion of the sexual education given to young men is lacking – in Australia broadly, but not in this play. The cast acknowledge that they have some gaps in their knowledge and that they had expectations around school sex education to complete these, which wasn’t always met. While the headlines around the country recently of boys sharing explicit pictures of young women without consent tend to support this glaring lack of education for young males, the conversation never quite gets to the gory middle of it at all around male responsibility. We’re left to bring our own ideas and questions to the table around how we support young men in their overall education around these issues. Probably a good thing given its the parents, teachers and families – rather than teenagers – that will be coming to see this show and that all have a role to play in raising more discussions around these issues.

The last segment of the evening sees Gala Vanting, a feminist filmmaker and sex worker, take to the stage to join the conversation – at first on the mundane: how many times should you brush your teeth? And then in a kind of a real time private panel, answering the questions the cast have around the porn industry and Vanting’s experiences working in it. It’s a satisfying ending to conclude with a frank and unromanticised discussion of the world in which we’ve been peeping through windows to get a glimpse at. The show doesn’t go out with huge pomp and fireworks, just helps us to close the distance between the discussions on stage and returning to our own lives in the foyer. The show is capped nicely and hilariously with another moment of technology and live performance overlap – we’re directed to complete the show ourselves by taking out our phones. Not wanting to take away from this surprise, I’ll leave it for you to discover when you see this show.