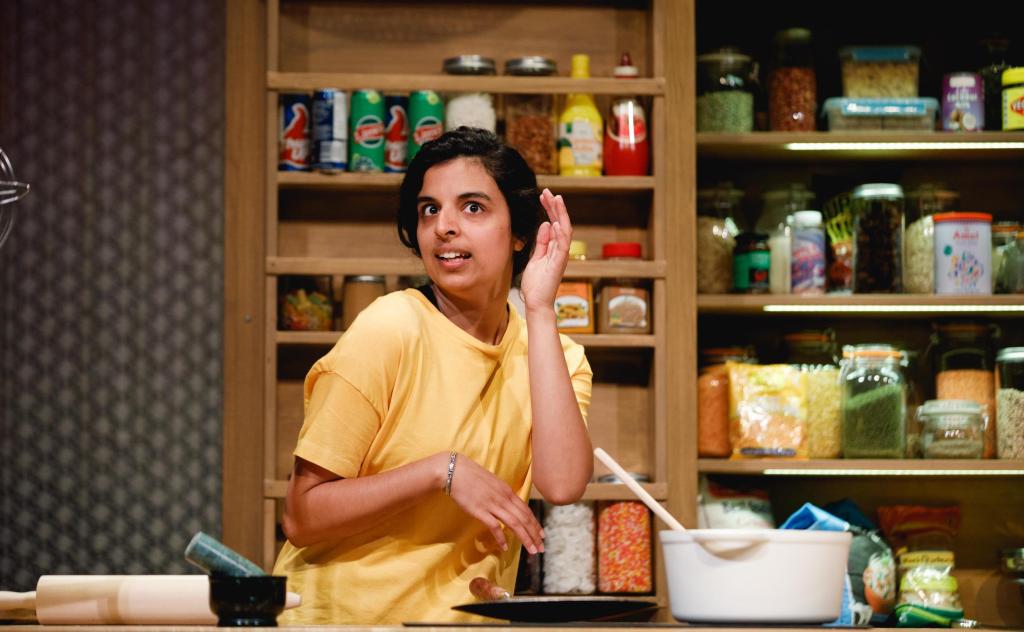 Fully Sikh is the highly anticipated, 75-minute long theatre debut from Sukhjit Kaur Khalsa, a spoken word poet who has previously performed at the Sydney Opera House and appeared on Australia’s Got Talent. Sukhjit has returned to Perth to show Fully Sikh to home audiences, and in doing so she has created lyrical, poignant, hilarious and immersive theatre. Through a mix of rap, lyric, narrative and poetry, Sukhjit delivers an immaculate performance.

Audience participation is immediately invited in the act of removing our shoes before we enter the theatre which has been set up (at first sight) as an Indian family’s kitchen. The kitchen serves as a powerful reminder of the conversations young women hear in their mothers’ kitchens while learning about their ‘place’ in traditional cultures like the one Sukhjit foregrounds. The importance of the domestic arts in a girl’s future accomplishments is critiqued and lauded equally in this extraordinary piece of theatre.

A tale of growing up brown in suburban Perth in the early noughties is brought convincingly to life with local references and landmarks that serve to ground it in authenticity. Both Leeming Primary School and Woolies feature in the narrative arc as it moves from the personal to the political, taking swipes at racism, hypocrisy, bodily intimacies, communal change and social interventions. Sukhjit questions her own complicity in the persona she assumes as much as she critiques Australian laziness and the trauma of casual and systemic racism.

The interior set is gorgeous and inviting with colourful phulkari, an iconic Punjabi fabric, suspended both outside and draped on the body of the performer. The set accommodates audience members making rotis and dal in the ‘kitchen’ as the performance begins. This space evolves into a bedroom, an exterior of a gurudwara, a stage for an impromptu bhangra, an opportunity for turban tying, and finally back to the ‘heart’ of the home – the kitchen.

Pavan Kumar’s music repertoire includes tabla and harmonium, keyboard, pots and pans. The musician also performs an energetic dance to facilitate a costume and scene change. The energy and respect that flows from performer to musician and back again culminates in a powerful Shabad at the end. A Shabad is a scared hymn selected from the Sikh holy book, Guru Granth Sahib, and Sukhjit Kaur Khalsa’s finale to her astonishing tour-de-force was an exceptionally beautiful rendering of one of the prime tenets of her faith. Fully Sikh arrives, perfectly formed, at the intersections of culture, faith and humanity and asks that we listen.