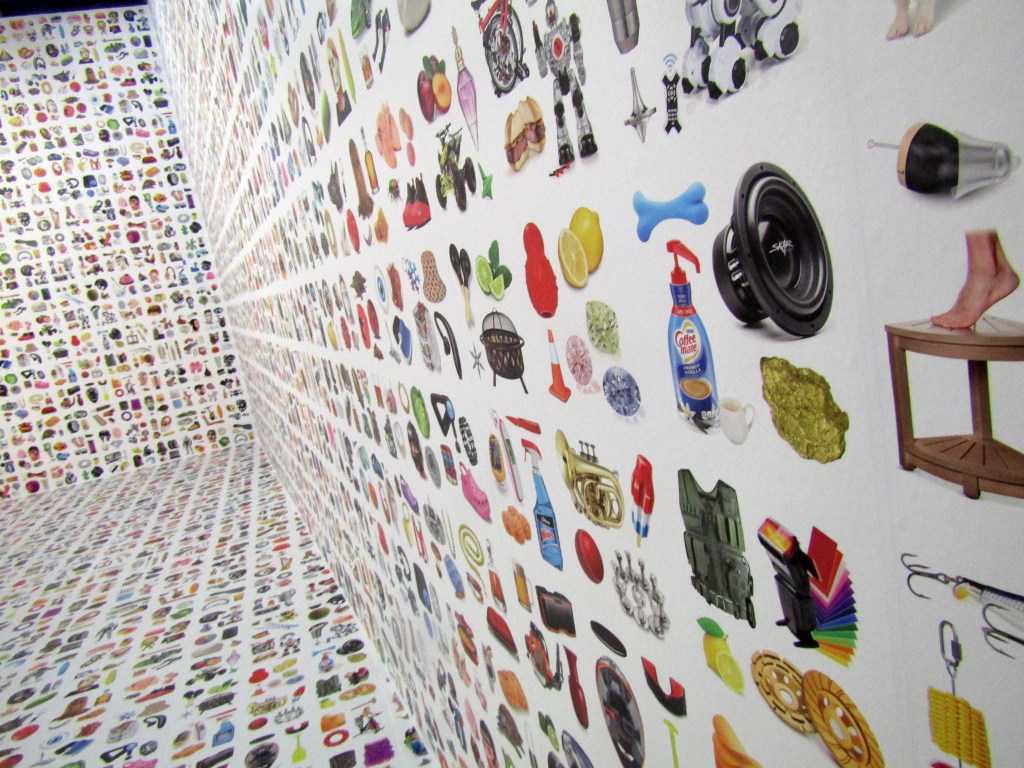 Gibson is an Australian artist who critiques the evolving mass media. Photo supplied.

In a time of political regression, art audiences may appreciate a reminder of what ground may have been gained over the past half-century from the grass roots resistance, of punk publishing propelled through photocopied posters and zines, to cyber coercion and cancel culture, driven by social media platforms such as Facebook, Instagram and Twitter.

An Australian artist offering persistent critique of, in a McLuhanian sense, the evolving mass media is Jeff Gibson, whose practice is presently being profiled at the Griffith University Art Museum. The selective survey documents his development, alongside the digital technologies he employs, from the 1980s to now.

Posters, of the Xerox variety, which were integral to punk publishing, present a prevalent aesthetic in the first of three sections that divide the artworks across this exhibition by period of production. There is a mixture of images mined from television and collaged with text in a fashion that has become synonymous with [American conceptual artist] Barbara Kruger.

Similarly synchronistic with Cindy Sherman, Gibson photographed himself in the roles of stereotypes he wished to represent. However, his DisPosters (1986) series addresses the Bordieuan relational reality of television through deliberate mis-cues, and his Skin Deep (1990-91) series investigates aspects of masculinity from which he wishes to distance himself.

This dissection of male archetypes is exposited further in the hand-illustrated Screwballs (1992) series, which prescribes and defines attributes such as ‘ego failure’ and ‘organ inferiority’.

The diversity of visual styles and source materials is cohered and elevated through screen printing. The medium was celebrated in New York from the 1960s to the 1980s, through the vibrant yet cynical appropriations of popular culture by Andy Warhol.

With his nod to Pop Art and punk, there is a temptation to categorise his practice at this time, with terms prefixed with ‘post’. It may be argued that post-pop and post-punk were virtually subsumed by the monolithic postmodernism, an umbrella under which ‘image-based art’ falls.

Gibson is regarded as an exponent of the latter, in recognition of his critical and generative treatment of the appropriated styles. However, the Dupe (2000-17) series reflects a departure from the genre.

The text-based portraits, consisting of ‘psychological inventories’, are presented as a high-definition video projected to an immersive scale in the second section of this exhibition. Over Gibson’s decade and a half hiatus from ‘image-based art’, it developed into ‘digital image-based art’ and has since evolved into the post-digital.

Among the technological advancements during the mid-1990s to early 2000s were design tools, such as ‘intelligent scissors’, which allow for the digital segmentation and compilation of images with the intuitiveness of cutting and pasting pictures from a magazine.

Sharing the projector with Dupe, is You Might Also Like… (2017) a video comprised of copied components from commercial e-catalogues. With the products loosely categorised by function, these variations form landscapes. The cascading compositions include groups of gloves – from boxing to motorbike, and knives – from Swiss Army to surgical.

The final section of the exhibition is occupied by post-digital collage. Among them is Pictopoesis (2022), an immersive installation of products Photoshoped onto pristine white backgrounds and digitally printed into wallpaper. Ranging in subject matter from 1980s Sci-Fi paraphernalia to exotic fresh produce, the artwork is an adaptation of his Instagram feed of the same title.

Although these aesthetically satisfying artworks celebrate the convenience of e-commerce, belied is the reciprocal access to consumers it offers corporations.

Just as in the early 20th century the Dadaist Hannah Höch used decoupage to physically deconstruct the ascendant medium of fashion magazines in resistance of the ‘New Woman’ archetype, in the early 21st century Gibson’s digital copying, cutting and compositing, could be read as an act of defiance.

His meticulous mining and posting of images on the internet counters what is, for most users, an algorithmically automated process which controls what they might encounter and therefore, is arguably, prescriptive of their realities.

Gibson also appears to have a predilection towards hyper-real 3D renderings, which highlights another artificial intelligence attribute as many are products of generative design.

Countertypes celebrates the practice of an artist who has been acknowledged within curatorial cloisters, but due to hegemony has remained relatively unmarked. Likewise, from posters to posting on the internet, Gibson draws attention to machinations of media that appear of serendipitous benefit, yet insidiously exercise influence over our lives.

The redacted retrospective demonstrates a refinement in his art practice that parallels the trajectory of digital technology. From finding agency in the feminist rhetoric of the day in his twenties, to forging a new direction in post-digital art of the present day in his fifties, the progress of this artist is a pleasure to witness.

While the battlegrounds may have shifted from biology to non-gender binary and from analogue to post-digital, the exhibition demonstrates that the fight to retain our autonomy remains.

Jeff Gibson: Countertypes, a survey of his artwork from 1980 to now, is open at the Griffith University Art Museum, in Brisbane, until 27 August 2022. His associated Instagram art project may also be viewed @pictopoesis. 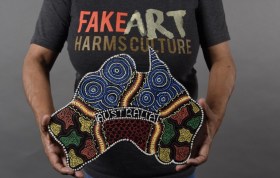 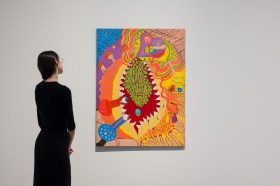