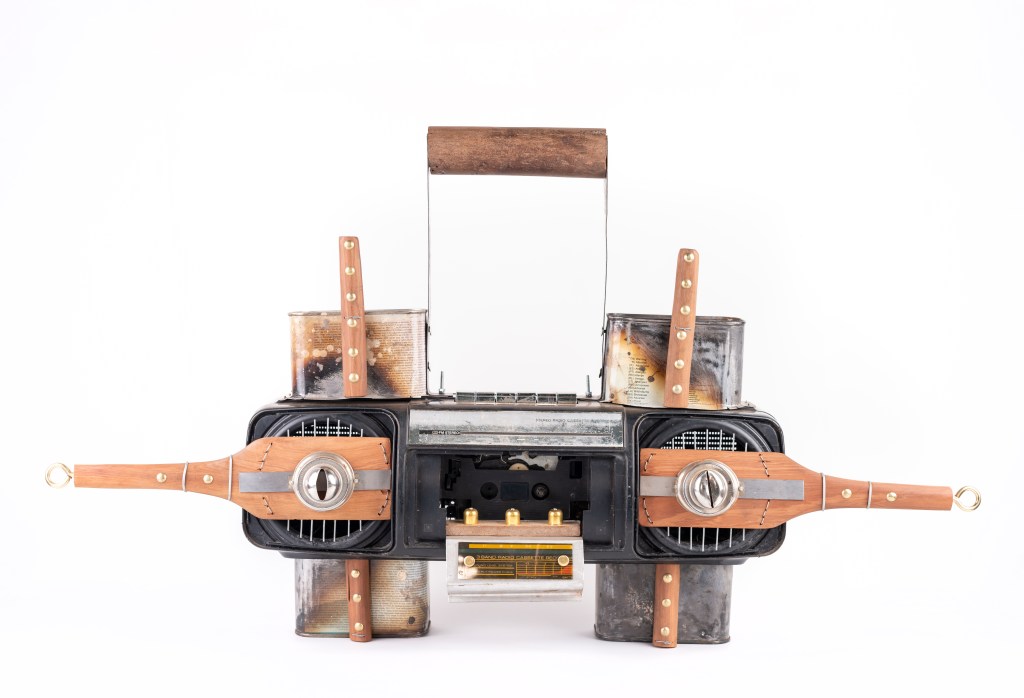 The inaugural Indian Ocean Craft Triennial (IOTA) is a new event featuring traditional and contemporary craft from artists living in countries around the Indian Ocean rim. With exhibitions and events presented across multiple venues in Perth, the central focus of this year’s event is Curiosity and Rituals of the Everyday, a landmark exhibition presented at both Fremantle Arts Centre and John Curtin Gallery. The particular focus of this exhibition brings to the fore some of the core themes emerging through the Triennial, including the role of craft in everyday life, intergenerational and intercultural craft traditions, and the ways in which craft connects past and present, whilst also contributing towards a vital future.

Featuring 37 artists across the two venues, the exhibition is impressive in terms of scale and the diversity of works presented. Ranging from large-scale, ambitious installations to delicately woven, intricately patterned fabrics, multiple works speak to the vibrancy of craft and the diversity of techniques and ways of making that sit under this umbrella term.

Noticeable are the multiple works made through forms of collaborative practice or intergenerational learning and knowledge, including Sharyn Egan’s project What’s in a Noongar woman’s bag? Naatj Noongar yoka kooda (2021), a work that brought together Noongar women from some of the 14 identified groups within the Noongar nation to recreate bags made by their ancestors. The resulting installation presents not only the final range of kangaroo skin bags, but also images from the bushwalking trips taken during the process of making the works, joyful images of women enjoying time together, celebrating their culture and learning from one another.

Similarly, Bardi men Darrell and Darrell Jade Kyle Sibosado’s intricate pearl shell installation represents the importance of passing knowledge down through families, with the uncle and nephew duo taking the occasion of the exhibition to produce work together as collaborators.

This skill sharing and passing down of knowledge between older generations and younger also highlights the survival of traditional craft techniques and understandings into the future, beyond our present moment. With this in mind it is exciting to see artists across both venues incorporating traditional techniques as well as future-oriented practices or politics in ways that remind us that craft is continually evolving.

Some of these works are motivated towards current politicial and social conversations around gender, sexuality, and race. At Fremantle Arts Centre, Jakkai Siributr’s large-scale quilts made from the artist and his late mother’s clothes, disassembled, and stitched together again to form the three works, Yellow Fever, Black Death and White Plague. The works form a record of 2020, with references to Trump, mask-wearing, racial politics and violence against minorities, the depictions humorously cartoonish at times but also frighteningly real.

Athi-Patra Ruga’s incredible wool and thread tapestry Proposed Model of The New Azania (2017) is a call to overthrow colonial and patriarchal paradigms of gender, nationalism, and race, by instead depicting a portrait of the ideal citizen – a powerful, naked, non-binary figure whose unabashed stare and crossed arms transmits power and beauty.

Other artists focus on their concerns for the future, particularly regarding climate change and material waste, in the materials they use. Kenyan artist Cyrus Kabiru’s futuristic, wearable sculptures are made from discarded consumer items including sunglasses and radios, whilst Monique Tippet’s central focus is the forested area where she lives, which is being destroyed by bauxite mining. This forest is the habitat of native animals including the red-tailed black cockatoo, and Tippet’s dramatic installation focuses on a pyre made from blackened jarrah and wandoo in a memorial and reminder of climate destruction and devastating bushfires.

Curiosity and Rituals of the Everyday brings together a wide range of artists working across and from different cultures, mediums, and materials, scales of works and areas of concern. The wide-ranging nature of the exhibition reflects the nature of craft itself – specific to the makers, context, and culture, but nonetheless an umbrella term for innumerable ranges of practices; the exhibition reflects the specificity of place and cultural background of the artists whilst finding similarities and points of cohesion throughout.

IOTA: Curiosity and Rituals of the Everyday will be on display until 7 November 2021 at the Fremantle Arts Centre & John Curtin Gallery