Tomás Ford sings, dances and drops some minimal techno in a genre bending show that is high on energy but falls short of its promise.
Raphael Solarsh 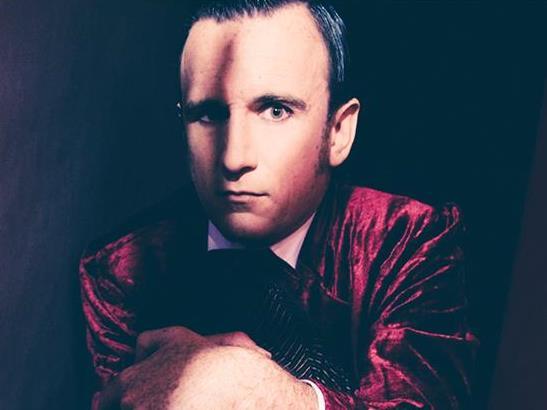 Electric Cabaret starts at a breakneck speed and does not let up for the almost the entire show. The pace and intensity didn’t allow me to take in much and though some people may love this frenzied style of performance it wasn’t for me. For example, I found it difficult to hear the words of his songs and the video projection that ran throughout the show felt more like a distraction than an enhancement.

Ford cleverly pokes fun at the over-the-top nature of all things cabaret. He slips seamlessly between volatile diva and shy, fish-out-of-water personas as he moves between song and dance numbers and self-deprecating chats with the audience. He also swaps the musical-theatre/show-tune standards for an eclectic mix of electronica, acoustic and pop original compositions. While I liked his unconventional approach to the music, the songs themselves were not particularly memorable and lacked the storytelling or humour that artists like Tim Minchin have taken to new heights. My biggest issue with the show though, was a lack of cohesion or narrative that made it seem like a series of entertaining but unconnected songs and sketches.

Electric Cabaret’s greatest attribute is the way in which the audience is made to feel like an active and dynamic part of the show itself. From being handed your own personal spotlight to helping ​Ford step through the seats and occasionally singing along, you feel engaged from start to finish. There is an intimacy to Ford’s performance too. He looks straight into your eyes, breaks with a song or sketch to have a brief conversation with an audience member and revels in pushing people close to the edge of their comfort zones as any good cabaret performer should. Unfortunately, despite producing a few nice moments, this did not make up for the show’s overall disjointedness.

The show is billed as ‘either the best party ever or a one hour nervous breakdown. Find out which.’ I’m inclined to say the latter and despite a high energy, provocative performance that tries to use this unravelling as a premise, the show perhaps takes it too far and ends up feeling a little chaotic.