Dance review: Death and the Discotheque, The Butterfly Club

Sonic loudness almost drowns out the delicacy of the dance in this rave setting.
Leila Lois 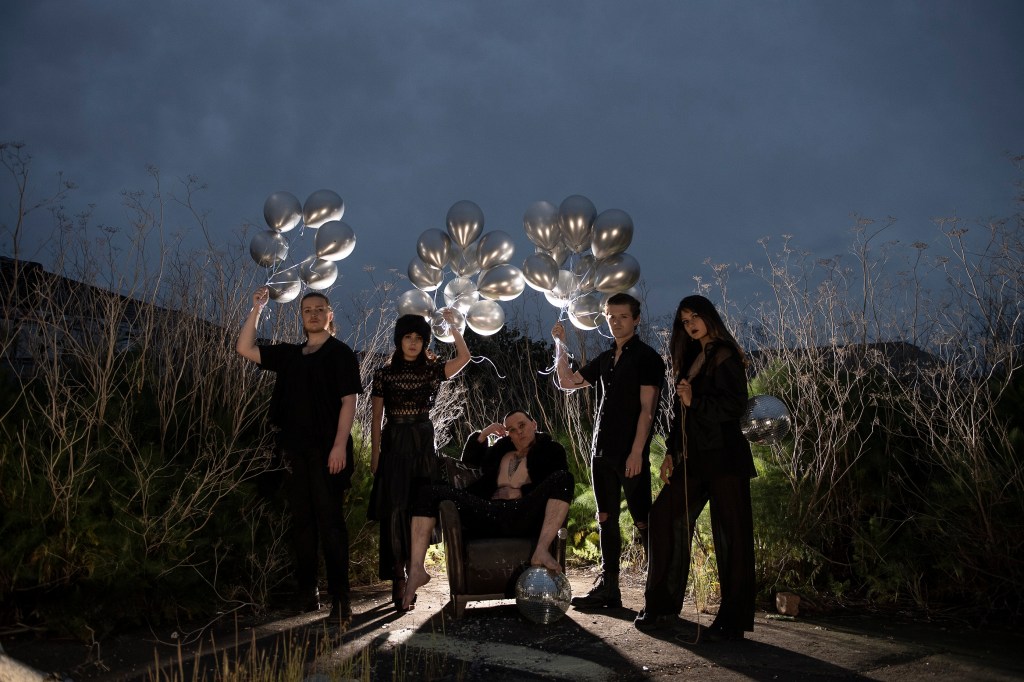 ‘Commentary was undoubtedly being made through the piece about how isolation, brought about by the pandemic, was some kind of social death.’ Photo Credit: Gregory Lorrenzutti

An energetic, unhalting immersive performance, Death and the Discotheque was most certainly a jolt to the senses, yet the miscalculation of the sound dynamics at times left audiences confused and reeling. A dance work with such a storied premise, the writer/director Jessi Lewis’ personal experiences with death and mortality, needed to have those words and stories heard clearly, not overclouded by the soundtrack.

Read: Book review: The Way It Is Now, Garry Disher

Many parts of the monologue were drowned out by the thumping electronic score, by Robert Downie. The score was well crafted, especially the vocals: ‘I’m heading out to a club/ my heart roars/ the sea boils’, which captured the poetry of the moment as Jessi Lewis’ character talked about their grief: ‘What is mourning… is it the morning after the night before?’ Again, unfortunately the rest was lost under the volume of the music. The audience was handed earplugs at the box office; they were overwhelmingly needed. The ‘realness’ of club ambiance could perhaps not have been emulated without high volume but I still feel this needed to be tempered for Lewis’ soliloquising.

Brief moments where the sound was dimmed made for a more comfortable following of the narrative. The final scene, the desert, where hand drums were played by Ollie Cox and Ben Dickson, featured the dancers masterfully voguing and weaving in and out of the audience, and felt like a grateful moment of sonic stillness after an hour of resounding electronic bass. In this section, expressions of fear and resignation in dancers (especially Sofia Reinking, whose face showed multiple emotions like a Melbourne sky) made for a stark contrast with the inexpressibility of their visages during club raves. The desert seemed to bring out their fragility, something masked by the harsh spotlighting and cramped two meter squared space on stage behind the focal point of the performance, the white coffin.

Silver confetti rained from the sky as they danced with uninhibited abandon towards what one assumed was death. It reminded me a little of the way the desert is depicted by painter Georgia O’Keeffe, ‘vast and empty and untouchable… know[ing] no kindness with all its beauty’. This was the most evocative and arresting part of the entire piece.

Wider commentary was undoubtedly being made through the piece about how isolation, brought about by the pandemic, was some kind of social death. The audience was implored to shout ‘fuck COVID’ in a call and response at several points during the work. Somehow, I feel that this may have been superfluous to the performance and it may have been more impactful if audiences were left to reflect upon how the work thematically interrogated the times we are living in. I’m a big fan (as a dancer) of letting non-verbal works speak for themselves, and there was plenty in the dialogue that, could we hear it clearly, we could find our own connections to.

The choreography by Lewis and Sasha Chan was riveting to watch, beautifully articulated combinations of vogue and waacking gestures and the dancers were in perfect sync for the whole performance. As well as the skilful, frenetic movement of the dancers (their endurance and spatial awareness were impressive) snatches of the dialogue were well worth reflection, as Lewis asked: ‘Why are we not more open about grief or the intimacy of trauma?’

This piece, which has suffered two years of COVID-related cancellations has potential, if only the sonic dynamics can be recomposed.

Death and the Discotheque
The Butterfly Club, Melbourne

Death and the Discotheque was performed from 5 – 8 January 2022.